Please give it up for Elizabeth, everyone!

How does the word “moist” make you feel?

Or the idea of your nana in the bath?

Or that scruffy dude on the bus emitting a forcefield of ethanol fumes who tells you an angel asked him to sit next to you?

I would guess that most of you would feel uncomfortable.

Most of us think of being uncomfortable as a bad thing. I certainly used to. If I could get away with wearing pajamas all day, I would (and frequently do). For a Friday night, if I had to choose between catapulting small talk over the mangled beats of a club track at a bar or curling up under a blanket with a mug of tea and a Disney movie, I would choose the latter in a heartbeat.

And yet, looking over my favourite reads this year, I discovered the one thing most of them had in common was that they all had something that made me uncomfortable. They aren’t all from the same genre – hell, some of them weren’t even published this year (or this century!), but they all induced an itch instead of scratching one.

Take a look at my romantic favourite – To Have and To Hold by Patricia Gaffney. Gorgeously written, expertly plotted, with slow, intricate character development – but it also involves the rape of the heroine. By the hero. The book fascinated me and gripped me in a way that few romance novels in recent years ever have. How could a romantic couple progress past that point? In a way that I could believe in? I had to keep reading! 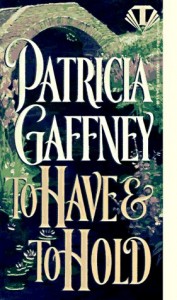 Or how about the first two books in Siobhan Vivian and Jenny Han’s teen-vengeance trilogy, Burn for Burn and Fire with Fire? All three heroines are intensely relatable, empathetic people – and yet their path to vengeance is fraught with morally questionable decisions (like lacing the star athlete’s drink with Ecstasy!). Are the actions of their tormentors enough to merit the punishment they have coming? 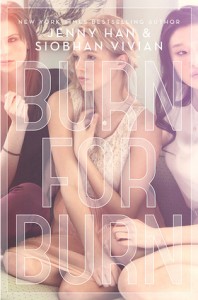 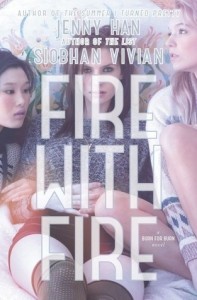 For fiction, I adored Me Before You by JoJo Moyes– a heartwarming and funny romance between a winsome screwup and the wealthy quadriplegic man she’s hired to care for. It’s all fun and handicapable games until our heroine realizes the full extent of how the hero’s spinal cord injury affects his life – the constant medical procedures, the frequent and debilitating infections, the inevitable deterioration of his body – and that he’s planning on attending an assisted suicide facility in six months’ time. Awkward. Uncomfortable. Impossible to put down. 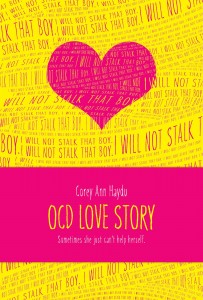 And you can’t get much more uncomfortable than Corey Ann Haydu’s OCD Love Story. Our heroine has a quirky habit of stalking people she’s interested in, and avoids touching sharp objects – you know, on the off chance she might flip out and stab her family members. The narrative draws you into the heroine’s mentally-ill headspace and it’s like stepping into a locked steamer trunk of starving rats … but in a good way?

All of these books had me squirming – and not just to find a more comfortable position on the couch after reading them nonstop for hours on end. That’s the thing with taking the road less travelled – the grass isn’t cut and the pokey branches aren’t trimmed and there are spider-webs and deer ticks and those creepy, low-hanging caterpillars that swing into your face as you pass under a tree.

Long story short, going outside is highly over-rated. No, wait, what wasn’t it. What I meant was that stepping outside your comfort zone (or the comfort zones of your favourite genres – rape in romance, antiheroes in YA, depressing reality in upbeat fiction) can be uncomfortable, awkward, and even unpleasant – but also really stimulating. You might even wind up in a place you’ve never been before, confronting new concepts and themes, or familiar stories told from an unfamiliar point of view. The advantage of taking the less-travelled, uncomfortable, bug-infested path is the possibility of being truly surprised. Or encountering more bugs. You win some, you lose some.

So think of that the next time some drunk guy on the bus tells you how moist his nana looked while she was in the bath.

Thanks for that visual, Elizabeth!