Smugglivus 2013 Guest Author: Rachel Aaron/Bach on Harry Potter and the Methods of Rationality

Who: Rachel Bach, author of the recently debuted military SciFi series starting with Fortune’s Pawn (we really liked it, precious) as well as of the Eli Monpress series under the name Rachel Aaron. 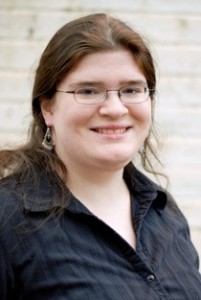 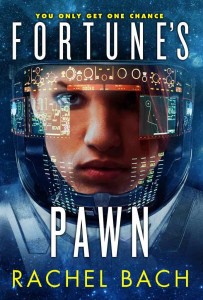 Give a warm welcome to Rachel, folks

“Don’t take this the wrong way, Professor McGonagall, but what sort of crazy children are you used to dealing with?”

“Gryffindors,” spat Professor McGonagall, the word carrying a freight of bitterness and despair that fell like an eternal curse on all youthful heroism and high spirits.

– Eliezer Yudkowsky, Harry Potter and the Methods of Rationality

I like to think of myself as a very egalitarian reader. This is a relatively new development. As a teen, I was a hideous snob more concerned with what everyone else thought of the book in my hand than whether or not I was actually enjoying it.

The decision to place my intellectual image above my love of reading was dumb in the way only teenage hubris can be. I missed out on a lot of really awesome books that probably would have made my depresso High School years much better. For example, and most notable for this particular post, I didn’t read the Harry Potter series until my early 20s, and I haven’t stopped kicking myself since.

It’s not that I didn’t enjoy the HP books when I did eventually read them. Once I discovered the awesome and got caught up, I bought the remaining books at midnight on release day and read them in a frenzy just like the rest of the world. Those frantic midnight reading sessions were some of the most fun I’ve ever had with books, but I still wish I’d gotten into HP sooner, because I think I would have enjoyed the story a lot more if I’d been young enough to take the text as written.

The problem with reading books meant for children as an adult is that your adult mind keeps getting in the way of the wonder. I wish I could have just accepted the Wizarding World with the unquestioning excitement that I accepted Narnia or Pern, but by the time I picked up HP, though, it was too late for that. I still enjoyed the books enormously, but I could never shut up the voice that pointed out all the ways Harry’s journey would have been easier with, say, access to phones. Or a gun. Or word processing programs. Or modern banking with interest bearing accounts.

Despite my best efforts to push this stuff to the side and just go with the story, it bugged me to no end. I mean, Hogwarts is supposed to be this super magical academy that prepares students for life in the wizarding world, but everything we see presents it as a vocational school with no liberal arts, math, or science curriculum what-so-ever. It’s like all of human accomplishment—mathematics, physics, literature, biology, landing on the freaking moon—gets glossed over as “muggle stuff.” If it was just Slytherins ignoring muggle discoveries, that’d be one thing, but everyone in the books is guilty of this to some extent. Even Hermione, who’s brilliant and grew up in the muggle world, never really uses her understanding of modern technology like she could have, and as much as I loved being in the world of Harry Potter, a part of me never could buy it.

And this is where we get to my favorite read of 2013. It’s not a novel, it’s not even strictly legal, but if The Atlantic Magazine can do a piece on it, then I can certainly use my coveted Smugglivus guest spot to sing the praises of Harry Potter and the Methods of Rationality: a 100 chapter, 20,000+ reviewed HP fanfic that takes all those niggling issues I had with Harry Potter‘s lack of science and addresses them to create a work that is both terrific fanfiction for JR Rowling’s original and something completely and wonderfully new.

Harry Potter and the Methods of Rationality is written by Eiezer Yudkowsky, an AI researcher and co-founder of the Machine Intelligence Research Institute with a Wikipedia page of accolades as long my arm. In addition to his contribution to academic robotics, he also helped found the popular website Less Wrong, a community blog devoted to refining the art of human rationality and educating the general populace about rational thinking. But it’s hard to get normal people excited about rationality, and so Yudkowsky turned to his other love: the Harry Potter books and fandom. Because while people weren’t lining up to read about methods of rationality, they were reading Harry Potter fanfiction by the millions… 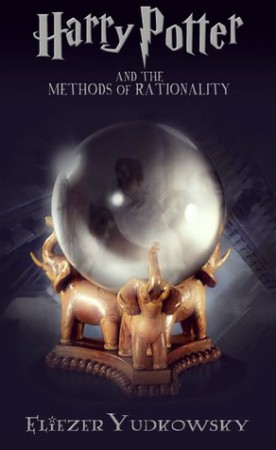 The obvious solution was Harry Potter and the Methods of Rationality, an epic fanfic project dedicated to a simple question: What if Harry Potter wasn’t an abused boy living under the stairs? What if, instead of marrying the brutish Vernon Dursely, Petunia Evans fell in love with an Oxford professor of logic who loved Harry like a son and raised him on a steady diet of Science Fiction and college level rationality textbooks? What would that boy—the educated, rational, highly intelligent, scientifically minded, but still immature Harry—do when the letter from Hogwarts arrived and the existence of magic was suddenly proven? How would he react to the events of the Harry Potter timeline?

Harry Potter and the Methods of Rationality is part thought experiment on what happens when the Scientific Method is applied to JK Rowling’s world, part textbook on the principles of rationality using the familiar Harry Potter characters and situations as examples, part legitimate alternate timeline HP fanfiction, and all amazing. I am legitimately a better, more rational decision maker because of this story. But for all that education value, it’s also an extremely loving, nuanced, and compassionate look at characters from all sides of the Harry Potter world conflict. Seriously, this fanfic turns Draco Malfoy into a nuanced, conflicted, deeply sympathetic character, and it does it believably without actually changing who JK Rowling made him.

In case my epic fangirling hasn’t already given it away, I really, really, really love this story. It starts out a little rough (it is fanfiction after all), but the author finds his feet quickly, and once he does, it’s like a jet taking off. The plot itself is twisty as all get out, alternately hilarious and touching, and—most importantly for me—new and surprising. I have never encountered this blend of referential humor, science, thriller-like conspiracy, and drama before, and that’s a crying shame, because I love it to pieces. I wait with bated breath for each new chapter (the fic is still ongoing with an RSS feed and a subscription service through Kindle to keep you updated) and read each one the moment it comes out, just like I did the actual Harry Potter books.

It seems a little odd to spend so many words praising a fanfic on a website dedicated to book reviews, but the spirit of Smugglivus is all about expanding our reading horizons, and when Ana and Thea invited me to make a guest post, I knew I couldn’t let the chance to spread the word about a work I enjoyed so much slip through my fingers just because it was unconventional. So even if you don’t normally read fanfiction, even if you aren’t all that crazy about Harry Potter, even if you are a giant HP fan and the idea of this sort of rewritting offends you, I invite you to give Harry Potter and the Methods of Rationality a try. Do for the novelty if nothing else. I mean, it’s free, so you have nothing to lose. Who knows? The year’s not over yet. It might just be your new favorite read of 2013.

“I don’t want to rule the universe. I just think it could be more sensibly organized.”

– Eliezer Yudkowsky, Harry Potter and the Methods of Rationality

Wishing you a very happy holiday season and a new year full of amazing books!