Welcome, dear readers, to the next stop on The Book Smugglers’ tour of Halloween!

Today, we celebrate the wondrous subcategory of the Horror genre that is the Short Story. A little background: Thea actually detests most short stories. Not because they are poorly written or because of any functional failing – rather, she detests getting sucked into a story only to be kicked out of it a few scant pages later. As a general rule, Thea steers clear of the short story. The exception to this rule? Horror stories. Episodic in nature (and reminiscent of some of her favorite shows, like The Twilight Zone, The X-Files, The Outer Limits, Tales from the Crypt, you get the picture…), horror short stories are Thea’s jam.

Ana on the other hand, loves short stories. It is a format that she feels, allows for interesting risk-taking shenanigans and can be extremely fulfilling regardless of how short they might be. She really doesn’t know why she doesn’t read more of these.

With that in mind, this Halloween Week are are thrilled to celebrate the horror short story with a roundup review of a group of beauties from different authors. Our own anthology review, if you will! 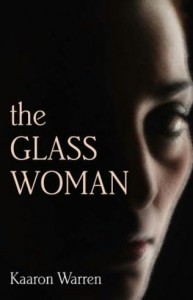 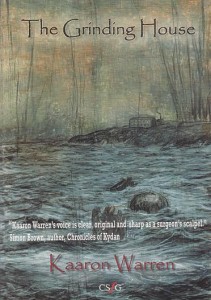 For my picks, I went with an author whose writing I have enjoyed very much in the past and whose work I desperately need to read more of: Kaaron Warren. The three stories below are contained in the collection The Grinding House, published by the Canberra Speculative Fiction Guild in 2005 (available on smashwords. The collection was published in the USA in 2007 by Prime Books as The Glass Woman.

The first story in the Australian publication, in “Fresh Young Widow” Kaaron Warren leads off with a memorable, eerie tale. This is the story of a distant world whose people are one with the soil that is in their water, in their air, and in the rich clay that is their legacy. Marla, a new widow – fresh, young – is distraught after losing her husband after just a few short weeks after marriage. She cares for her dead husband, wraps him in clay, bakes him in a kiln and adds him to the great terra cotta wall of statues that protects their town, while she waits for justice to be visited on her husband’s murderer. This is a strange story, but one that manages to create a complete world with its own customs and traditions within its few pages, and impart a sense of wonder and dread at the same time. This isn’t really a horror story, per se; more of an SFF episode on a strange burnt, dusty world whose native inhabitants have a special brand of magic. It’s a beautiful story, actually, about love, loss, and tradition. I could imagine a full novel devoted to these people – perhaps set one day when those clay-baked ancestors walk again.

The central story of this collection, “The Grinding House” is a true horror story set in the future – a future where a strange disease is killing birds, rats, and humans. The epidemic is a killer of worlds and civilizations; a disease that causes bones to fuse in a cruel, calcified, suffocating death. Like the disease that infects the food supply and the humans who consume it, this story is invasive, incurable, and frankly terrifying. Warren’s imagined plague is probably one of the cruelest I’ve ever read – no one is spared (not even the lactose-intolerant, or vegan). The most terrifying thing of all, though, in my opinion, is the greater implication of the epidemic that Warren explores as the story reaches its climax: this disease infects everything, and is an extinction level event. The true meaning of “The Grinding House” in the story is both frightening and wise – someone needs to preserve humanity for the future in some way. Perhaps some distant civilization of man, some lucky immune ancestors will somehow survive the plague of death, and the only way to ensure that this particular society’s story is told is through careful preservation, ground down to impossibly fine grains and memory.

In short, I loved this deeply unsettling, melancholy story.

Finally, the best for last. Of all the stories I read in this Kaaron Warren collection, “The Blue Stream” is the one I personally loved the most (though “The Grinding House” and “The Glass Woman” are arguably more polished pieces). In “The Blue Stream” we are entreated to a future world that has barely survived its own violence and civil unrest. In this world, teenagers used to gather in gangs, to pillage, rape, steal, and murder. In a desperate bid to restore law and order, the government has created the “Blue Stream” – all teenagers going through puberty are put into the stream and kept in stasis for 7 years until they are proper adults. One young girl, on the cusp of puberty, eagerly awaits her older brother’s emergence from the Stream – he’s one of the first generation of teens placed into stasis. Except, when he and his fellow teenagers emerge from the blue stream, they are… different. Without thought or will of their own, these new Streamers are blank slate adults who follow the directives they are given. It seems that the Stream is effective, except that the new adults are always screaming when they awaken, they have no real will or initiative of their own… and then the “accidental” deaths start to pop up. The streamers (called “screamers” because of, well, the screaming) are killing themselves, but no one is allowed to discuss the suicides as anything other than accidents. As the months pass, and the nameless young heroine approaches her next birthday, she prepares to enter the serenity of the blue stream, and will see for herself just what awaits on the other side.

This is a powerful short horror story with speculative fiction overtones; the concept of the Blue Stream and this society overall is truly, terrifyingly dystopian. In this future world, there are no teenagers, no room for growth or change. Rebellious activity and critical thinking is nipped before it even begins (to varying extents – there’s one scene in the story that tells of a group of 10 and 11 year olds who commit an act of atrocity, despite their young, “safe” age). Even the adults are anesthetized, given government sanctioned drugs to dull their senses and thoughts. And, in the tradition of short horror stories, “The Blue Stream” has a fitting, cruel ending – inevitable and haunting. In the afterword to this story, Warren writes, “My mother calls this story ‘Blue Swimmers’ and says it was so disturbing she can never read another of my stories.” I can completely understand this sentiment, though the result in my case is of the opposite persuasion: I want much, much more please.

The Grinding House is a collection of weird, haunting, horrific stories that I thoroughly loved. 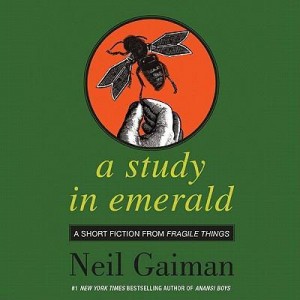 “A Study in Emerald” is a Hugo Award-winning short story that combines Sherlock Holmes and H. P. Lovecraft’s Cthulhu Mythos, its title a reference to Holmes’ case A Study in Scarlet. The story first appeared in the anthology Shadows Over Baker Street, then in Gaiman’s own collection Fragile Things. It is now available online (free) in the form of a Victorian periodical, beautifully formatted to include fun ads that refer to other characters of that time including Dr. Jekyll and Dracula.

The story opens with an unnamed narrator, a wounded war veteran, recounting his first encounter with his new roommate, a brilliant private detective who occasionally aids the Scotland Yard in their investigations and their subsequent collaboration in a case that attracts the attention of the Queen herself.

The lesser said about the contents the better as the story is only as good as the reader is unspoiled for the eventual denouement. Suffice it to say that the Horror here is present in the way that the truth and horror of this alternate Victorian England is slowly revealed to the reader in a matter-of-fact way. There is a degree of acceptance of the way things are that are present in all levels of society and are questioned only by the villain of the piece which in turn raises all sorts of alarm bells. What exactly is it that we are reading here?

In that sense what Gaiman does really well in “A Study in Emerald” is to play with the trust that builds between reader and narrator. The readers familiar with Sherlock Holmes will be lulled into a sense of familiarity until it becomes clear that the real horror stems from the trust that the reader will inevitably place in this particular narrator. And it’s super fun to come to the grand finale and finally have all the clues put together . It’s a brilliant, fun, extremely diverting story. 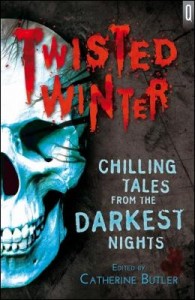 Frances Hardinge is one of my favourite authors so when I learnt she had a story in this newly published anthology Twisted Winter – Chilling Tales From The Darkest Nights (edited by Catherine Butler and with stories by Susan Cooper and Liz Williams among others), I HAD to read it.

A small family owned hotel in a small village is the setting for “Flawless”. A young teenage girl works for her mother as a cleaner, always striving for flawless, gleaming rooms. Her biggest frustration is her younger brother Dill who loves clean rooms and happily sets about undoing everything that she does. Then one day, after a snowstorm, as Chloe is watching Dill spoil the beautiful flawless snow, a strange woman grant’s Chloe’s greatest desire: to make all the breakage and spoiling to stop.

“Flawless” is a creepy, dark, disturbing fairy-tale like short that elaborates on the concept of “be careful what you wish for” (it is of course, a concept the author knows really well: her book Verdigris Deep, a brilliant study in the art of well-wishing). It is amazing everything that the author was able to pack in these few pages: Chloe’s understandable frustration with her limited life and with her brother, the difficulties of dealing with her mother, the concept of wishing and dealing with the consequences of it all. It is a superb example of Hardinge’s skilful writing and a chilling Halloween tale.

What about you? Do you like horror short stories? What are your favourites – recommendations welcome!

Book Review: Ask the Passengers by A. S. King