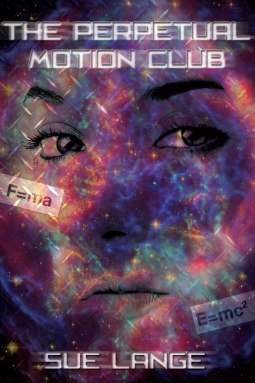 Welcome to the high school of the future. The glee club is full of rock stars, the brainy kids hack permanent records, and the basketball players are as conceited as the cheerleaders.

The walls are ablaze with six-foot-high logos of the hottest junk food, software, and clothing brands of the day. The popular kids are sponsored by Abercrombie, Microsoft, and Frito-Lay. You, on the other hand, can’t even get a return text from Clearasil. Your best friend is a witch, your boyfriend a twerp. Your geometry teacher hates you and your mom is gleefully counting down the days until graduation. Guess it’s time for another hit of iHigh.

Why did I read this book: I already had my eye on this because it sounded like it could be fun then I got offered a review copy by the author.

Ah, high school! At some point in the not so distant future, the popular students have corporate sponsorships depending on what academic route they follow (computing, sports or Rock and Roll) and chances at going to a good college rely heavily on those.

Elsa and her best friend May are not popular and don’t have any sponsors so far but at least they might be able to join the Science Society and add that to their CVs. Even Elsa’s mother – who often questions the way things are – decides to be on her case to accept the invitation when it comes (it is hard to say no to privilege when it hits you in the face). But although Elsa loves Science, it becomes clear to her that the Science Society is only about IT and software and that’s not really what she digs at all. Plus, her teacher is a total bully (although nobody else sees it).

In between falling in love (and lust) for the first time, getting high online (iHigh) , Elsa tries to carve her own way – even if it means creating a club that nobody wants to hear about.

The Perpetual Motion Club is a great example of satiric Science Fiction that does not let the satire take over from a good story. Elsa’s story is central here and is one about self-identity, rebelling and making your own way – but it’s set against the backdrop of a satirical look at a possible future. The story is narrated in a matter-of-fact voice that is often funny and is full of astute observations about societal norms and a possible extrapolation of our current obsession with “celebrities”. It also offers wonderfully astute commentary on educational systems that put more stock on test results than the learning itself and which often celebrates knowledge only as long as it is useful. The concept of usefulness is of course connected to the way this particular idea of future works. There is no knowledge for knowledge’s sake, no creativity that is not linked to creating something that can be charged for.

And this is how the Perpetual Motion Club comes about: when Elsa realises that no one thinks this is a good idea because the scientific principle of perpetual motion is one of impossibility, she rebels. She rebels because she is a teenager rebelling against authority but also because the idea of perpetual motion is yes, utopic and impossible but one that also links to understanding, to knowledge, to expanding creativity. I also loved that one of her motivators is the fact that her science teacher completely dismissed a basketball player out of hand to join their Science Society because he is a sports person – as though these things are compartmentalised and you couldn’t be both sporty and geeky at the same time. Science is cool, and this book makes it super fun and I loved – and appreciated – all the discussion behind the idea of perpetual motion.

And then in the midst of all of this, we simply have a teen protagonist who is taking baby steps into independence, who is developing clear thinking, questioning what she is told by her parents and other figures of authority, who forms relationships with different people. She makes mistakes when judging people too harshly or when accepting people too soon but those are part of an arc that also explores the idea of appearances and perception.

That said, there is a secondary murder mystery plot that felt out-of-place in the overall story but this is my only main misgiving in an otherwise fun, engaging SciFi YA.

he West Wing of Northawken High, opposite the gymnasium in position as well as mentality, was likewise lit up with night time activities. This wing, representing the sciences, stood as the second pillar of acclaim and achievement in the school. Here is where tomorrow’s software engineers were incubated. Here a student could distinguish him or herself in the ways of program and design. If you couldn’t attract a name brand clothing or snack label to sponsor you, here in the West Wing you could attract the biggest employers of the scientific mind: IBM, Google, WikiCorp. They were always on the lookout for new talent.

The third pillar of acclaim and achievement, the North End, stood perpendicular to both the gymnasium and the West Wing. It jutted straight back from the front of the building and tonight was as empty as prime time TV. Dedicated to producing great rock musicians, the North End was deserted because of a video taping downtown. All of the school’s soon-to-be pop gods and goddesses were on set, dancing or playing or entouraging.

To be sure, the sadder, lonelier disciplines such as history, English, and government, all had classrooms as well. Curriculum had not totally changed from that of the Twentieth Century. But being somewhat superfluous in the modern world, there were fewer classrooms devoted to those subjects. Such classes met in corners here and there in the main sections of the school lorded over by the big three.

For instance, Spanish class was held next to a volleyball court, with spikes and setups explained in a south of the border dialect. Russian history stood in the middle of a bank of organic chemistry labs. If Rasputin didn’t kill you, the benzene rings would. English Lit shared a room with art classes next to rehearsal room B. Lectures were kept to a minimum since no one could hear over the drum solos anyway. There were no Latin classes held anywhere, ever.

Reading Next: Ascension by Jacqueline Koyanagi