Learn, Grow, Improve: Progressive Publishers Doing Cool Things is a monthly feature at The Book Smugglers, in which we spotlight new ventures, content creators and publishers that are doing awesome things – awesome, defined as something smart, admirable, and most importantly, progressive. There are plenty of new publishers working to increase literacy, raise money for charities across the globe, and who are redefining our concept of reading and of the book itself.

Open Road Integrated Media is a digital publisher and multimedia content company that creates connections between authors and their audiences. Open Road has published ebooks from authors including William Styron, Pat Conroy, Jack Higgins, and Virginia Hamilton, and has launched new e-stars like Mary Glickman. More interesting to us here at The Book Smugglers, though, is Open Road’s roster of digital science fiction and fantasy – including works from authors such as Jane Yolen, Octavia Butler and Kate Elliott.

In the spirit of Old School Wednesdays, today we are talking to Open Road science fiction and fantasy editor Betsy Mitchell about some fabulous older SFF titles that Open Road (e-)publishes from luminaries of the genre.

THE BOOK SMUGGLERS: We recently started a new feature called Old School Wednesdays, in which we read and review older, classic, backlist titles. It has become one of our most popular features and as such we are always looking to add different, older titles to our TBR (To Be Read) list.

Open Road has an extensive ebook collection of backlist speculative fiction titles – can you tell us a bit about the selection process for your SFF ebooks? How do you decide which books to bring back? Are there certain themes or types of stories you look for in your decision?

BETSY MITCHELL: Foremost is the quality of the writing. The first author I signed for Open Road was Octavia Butler, with whom I worked during the time she was writing Parable of the Sower and Parable of the Talents. Octavia, who’s won numerous awards and was given a MacArthur Foundation “genius grant,” is an author who is continually being discovered by new fans, and she’s also a writer who appeals to three distinct readerships: science fiction, feminist, and literary. It can be difficult to market an author to all of the diverse readers who might enjoy him or her, but that’s one of the things Open Road can do more easily than a traditional publisher, where you basically have to pick a core audience and go for it. As a first acquisition, I couldn’t have imagined anyone better! 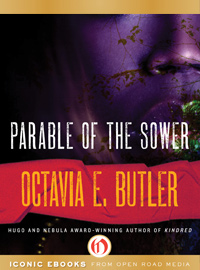 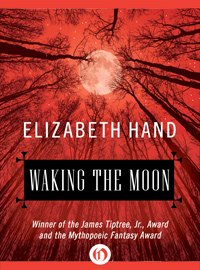 So quality of the work comes first, which has led to acquiring SF and fantasy by such writers as Jane Yolen, Elizabeth Hand, Robert Silverberg, Ian McDonald and others. Then I do some basic detective work in search of authors whose books are still in print but don’t have digital editions. That shows, of course, that there are readers who are supporting them in the print format and presumably will be happy to see them in digital as well. Theodore Sturgeon, Jonathan Carroll, Tim Powers all had books in print but not in e.

And beyond that, I look for authors who started out at a time when they were ahead of the curve in terms of what they were writing, or have gained a whole new reputation for their more recent work since the earlier books went out of print. 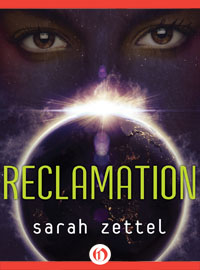 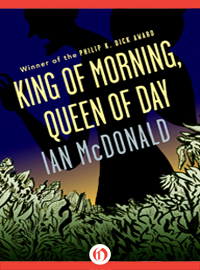 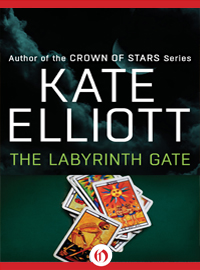 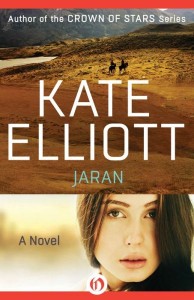 THE BOOK SMUGGLERS: Some of your titles were originally published as physical books, but have since lapsed out of print or otherwise have limited distribution. Could you list some of the older SFF titles (or authors) that have been digitally resurrected by Open Road?

BETSY MITCHELL: One that I’m excited about is Cards of Grief by Jane Yolen, about a young anthropologist’s journey to study a planet that has perfected grieving as an art form. Aaron comes too close to one of his subjects and falls in love with her—but Linni’s planet does not recognize or value love, and Aaron’s actions have rippling repercussions for both his home world and Henderson’s IV.

Kate Elliott’s novel Jaran is a big fat luscious package of science fictional intrigue, hunk-a-hunk-a-burnin’ love romance, and fascinating adjustment to each other’s mindsets on the part of Tess Soerensen, heir to an interstellar empire, and Ilya, charismatic leader of a nomadic people who have no idea that their planet is at the center of an interstellar struggle. 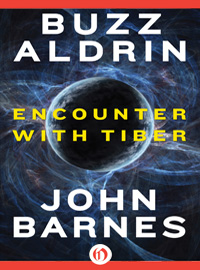 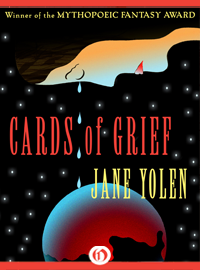 Liz Williams’ “Detective Inspector Chen” series was caught in the death throes of a small publishing house and the books became almost impossible to find. You can find fans pleading online for copies of The Iron Khan, Book 5 in the series, which barely received a print run. The series is set in a futuristic Singapore which is a gateway to the Chinese versions of heaven and hell. Detective Inspector Chen is human but has a demon wife and a partner who was formerly with the vice squad in Hell. The plots involve supernatural intrigue and the partners must travel between all three worlds in order to keep the balance (these books will be out from September).

Then there’s Encounter With Tiber by Buzz Aldrin—second man on the moon—and co-author John Barnes, an epic science fiction adventure that pulls into play all of Buzz’s knowledge of space flight and what it will take for humankind to colonize the stars. The book went out of print years back but his fans have been clamoring for it, and it’s once again available.

THE BOOK SMUGGLERS: What are your favorite Open Road SFF books?

BETSY MITCHELL: It’s not polite to ask an editor to choose among her children. I love many of the books on our list. But I’ll name a few that I’ve enjoyed over and over through the years: To Marry Medusa by Theodore Sturgeon. Parable of the Sower by Octavia Butler. Midshipman’s Hope by David Feintuch. Waking the Moon by Elizabeth Hand. Expiration Date by Tim Powers. “The Tear,” a Hugo Award-finalist novella by Ian McDonald that appears in his book Scissors Cut Paper Wrap Stone. And that’s all you shall get out of me.

BETSY MITCHELL: One thing that we do whenever possible is have a film crew spend time with our authors and draw them out about themselves, their writing process, their themes, their connection to various topics and causes, etc. Then we snip the video content into short pieces that we use to market each author for a long time to come.


Take a look at this video we made to celebrate Geek Pride Day, and these introductory videos the work of Octavia Butler and Robert Silverberg, as samples of how we can introduce an author to new audiences and help their current fans get to know them on a different level. “Book videos” have become semi-common in publishing, but we strive for a higher level of quality and content that truly showcases the author.

Another thing we do, as mentioned above, is market authors to niche audiences who may not have found their work previously. Jonathan Carroll, who includes dogs (often as major characters!) in all of his books, was included in a video we did to help raise awareness around Adopt-A-Dog Shelter Month. Timothy Zahn‘s A Coming of Age was included in promotions to YA readers along with other coming-of-age stories. We created a video featuring Women in Science Fiction which received widespread attention during Women’s History Month.

Thank you, Betsy and Open Road!