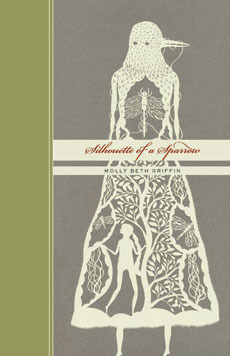 Title: Silhouette of a Sparrow

In the summer of 1926, sixteen-year-old Garnet Richardson is sent to a lake resort to escape the polio epidemic in the city. She dreams of indulging her passion for ornithology and visiting the famous new amusement park–a summer of fun before she returns for her final year of high school, after which she’s expected to marry a nice boy and settle into middle-class homemaking. But in the country, Garnet finds herself under the supervision of equally oppressive guardians–her father’s wealthy cousin and the matron’s stuck-up daughter. Only a liberating job in a hat shop, an intense, secret relationship with a daring and beautiful flapper, and a deep faith in her own fierce heart can save her from the suffocating boredom of traditional femininity.

Why did I read this book: I was in NY for BEA when I saw someone talking about it on our Twitter feed (sorry, I can’t remember who it was!) and it just sounded so good. And despite it sounding like something I would love, I managed to completely miss it when it came out last year. I got home and I immediately got a copy.

Sixteen-year-old Garnet Richardson has always loved birds and she would want for nothing more than to be able to go to college and become an ornithologist. But in 1926, a want like this seem nothing but a distant dream for girls like Garnet. Her father might have indulged her when she was younger but her mother insists on more lady-like pursuits and expects her to marry a nice boy and settle down soon. Now, her love for birds lives on in beautifully paper-cut silhouettes of the birds she sees. And even though Garnet subverts this Most Victorian Pastime by using the correct Latin Scientist names to each cut she makes, this is simply not enough.

So when she is sent away to a lake resort for the summer to escape a polio epidemic (and to give her mother some time to help her father with his WWI PTSD), she sees it as an opportunity to indulge in some freedom. Despite being under the supervision of her strict cousin, Garnet manages to get a job in a hat shop and a liberating amount of unsupervised time.

Then she falls in love with a beautiful girl called Isabella, a dancer with a passion for life, who dares follow her dreams and who helps Garnet understand who she is.
Silhouette of a Sparrow has earned a lot of critical acclaim recently (it’s an ALA Rainbow List recommended book, an Amelia Bloomer Project List recommended book, a Lambda Literary Award Finalist, amongst others) and it is indeed a lovely, bittersweet and quiet coming of age story. It brilliantly combines its vivid historical setting which has been meticulously researched by the author (as per the author notes in the end) , Garnet love for ornithology with a story about growth and about falling in love.
And the story itself shows a very engaging journey for Garnet and one that deeply spoke to me. More than the lovely romance between Garnet and Isabella, more than the growth into a strong woman who knows what she wants and understands that “wanting is not the same as selfishness”, the most important thing about the book for me is that it didn’t show Garnet as Special because Different.

And it’s remarkable because I wasn’t so sure where the book was going because to start with, I feared that Garnet was being set-up as an excepto-girl (TM Book Gazing) i.e. a Special Girl who is the Only One that can escape the bounds of her life and/or is aware because she can read real books (as opposed to Fashion magazines) therefore making her Better than all the other girls. I feared that this would be a story that questioned traditional femininity as though there is something inherently wrong with it.

Instead the story beautifully portrays a myriad of women whose lives are meaningful and it doesn’t set up Garnet as better even when she does progress on a different path from most of the women she knows including her own mother. And inasmuch as she does that, the story still shows Garnet as someone who is bound by tradition and by her loyalty to her family and who understandably finds it hard to break those bounds.

All that said, I did think that aspects of story were too contrived toward the ending and that the writing – although lovely in parts – had a certain tendency toward oversimplification and for spelling things out very clearly. Still, Silhouette of a Sparrow is a very enjoyable, gratifying read. I recommend it.

I was born blue. Life ripped me early from my safe place and thrust me into the world. It was all so astonishing that I forgot to breathe. But the puffed-up robin that sang outside the window of the birthing room came early too, that March of 1910, and just in time. He flew north before the spring came so he could sing me into the world. His song said Breathe child, this life was meant for you.

When I finally let out my first scream I flushed red as that robin— red: the color of life, blood, love, and fury. At that moment I earned my name, Garnet, after the deep red stone that’s meant to bring courage. “Garnet, for courage,” Aunt Rachel, the midwife, said to me, when I was just a squalling baby.

My mother gave me life that day, but I was the one who decided to take it. I claimed it for myself. That’s how the story goes. At least, that’s the way Aunt Rachel told it to me a hundred times over, even after I knew it by heart. That’s the version I asked to hear again and again as a child, so I could wrap those pretty words around me like a familiar blanket and fall asleep thinking I knew exactly who I was.

Reading Next: The Water Castle by Megan Frazer Blakemore

The (Nonfiction) Dare: Gossip from the Forest – The Tangled Roots of Our Forests and Fairytales by Sara Maitland