Today’s guest is T. Michael Martin, writer and vlogger, whose debut novel The End Games, a YA psychological thriller of the Apocalypse, is out this month. 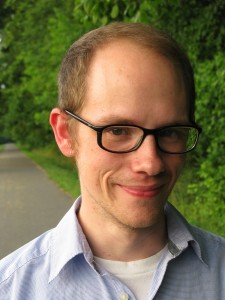 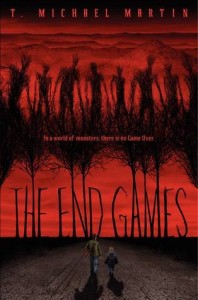 Please give it up for Mike!

Here is the truth about The End Games: I was inspired to write it by my love for my little brother.

I’d been wanting to create a story with zombies for years (seriously: I have an unfinished screenplay called Planet DEAD on my hard drive, which I wrote in eighth grade). But it wasn’t until 2008 that I found an emotional passageway into the story.

My real-life little brother, Patrick, and I were visiting Pennsylvania’s Monroeville Mall (the shooting location for the original Dawn of the Dead), and a random Inspiration thought occurred to me: Why not write a post-apocalyptic book about two brothers, separated by ten years or so in age, trying to survive Armageddon in my home state of West Virginia? 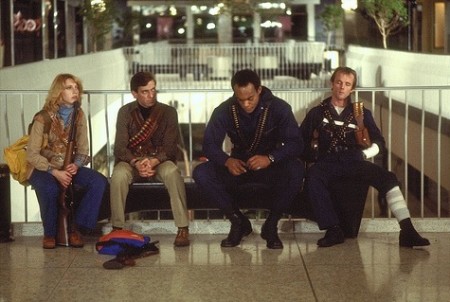 I adore my kid brother, and owing to our age difference, I acted as both sibling and semi-parent to him as he grew up. So when I started writing The End Games — which is about two brothers named Michael and Patrick — I was also writing about this question: How do you protect innocence during the apocalypse?

Or, perhaps better put: Can you?

With the emotional door finally open, I knew that I wanted The End Games to be action-packed and horrifying, but also heartwarming and hilarious. So the book’s influences span across a lot of media and genres.

Astonishing action sequences in everything from Star Wars to Modern Warfare helped form the novel’s big pyrotechnic conflicts. And for the “horrifying” parts of the story, I drew upon my own R.L. Stine-hatched childhood nightmare, as well as the sense of “wicked delight” that you feel pouring out of Stephen King’s novels, particularly The Stand. 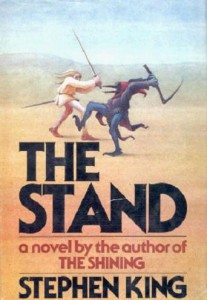 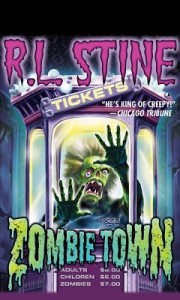 But although early readers have said that they find The End Games‘ action to be thrilling and spooky, I’m most proud of the way the book manages to blend moments of warmth and sweetness in among all the things going either boom! and boo! And without question, those warm/sweet touches were influenced by two of my biggest storytelling heroes: John Green and Steven Spielberg. Both of those men have a kind of alchemical emotional touch, the ability to lightly infuse a nearly-cosmic sense of meaning in the occurrences of suburbia.

It took me four years to write The End Games, and it’s been the Very Bumpy Road. I’ll probably cry when I see my book on the shelf for the first time. But the highlight of the journey actually came just a couple days ago, and to be honest, it might’ve made me use up all the Emotional Author Tears already. ‘Cause that was when John Green (@realjohngreen) sent out this tweet:

Reading the novel THE END GAMES by nerdfighter and YouTuber @TMikeMartin and holy crap is it excellent. The zombie novel I wish I’d written!

Thanks so much for having me, y’all!

T. Michael Martin is a Young Adult novelist whose debut thriller, THE END GAMES, will be released by HarperCollins on May 7th. Booklist’s recent starred review called THE END GAMES “the best of the undead bunch. The plot rockets forth like a single exhaled breath. Any last words? Yes! Very. Exciting. Book.” You can follow Mike on Twitter (@tmikemartin) or on his weekly vlog.