Today we are thrilled to be part of the official blog tour for middle grade fantasy adventure novel The Hero’s Guide to Storming the Castle by Christopher Healy! Thea thoroughly enjoyed the first book in this series, The Hero’s Guide to Saving Your Kingdom, so we were tickled when we were invited to participate on the tour for this follow-up novel. 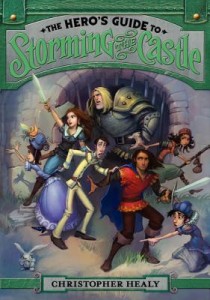 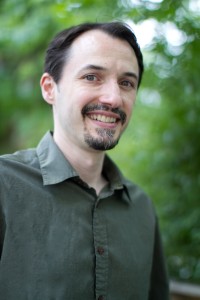 Like last year, we get the chance to unveil a character sketch and an accompanying excerpt (plus a giveaway opportunity). Our character is none other than Prince Liam’s wonderful, butt-kicking little sister (and bounty hunter-in-training), Lila. 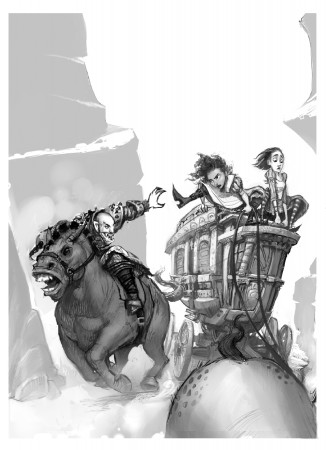 The wagon barreled along the mountainside, churning up a trail of billowing dirt and dust behind it. Every few feet another sharp, jutting rock would jar everyone on board. Lila tried desperately to hold on to the reins, while next to her, Snow dug her fingernails into the wooden driver’s bench to keep from flying off. Inside, Briar’s voluminous mound of hair became flatter and flatter each time her head hit the roof, and random knickknacks and tchotchkes spilled from Snow’s baskets.

The bald bandit rode up next to Lila and smiled at her. She flinched when she realized the man’s teeth had been filed into pointy fangs. He reached out and tried to grab on to the speeding wagon, but Lila kicked his hand away, grateful for once that her mother made her wear such pointy shoes.

As the first bandit lost ground, the second was quickly catching up to them on the opposite side, his eyebrow, nose, and lip rings jangling as his steed bounded along. He sneered at Snow White.

“Throw something at him,” Lila shouted.

Snow puzzled over her options for a second. Then, with a high-pitched little “Ooh” (which was, frankly, too adorable for the circumstances), she bent down and pulled off her shoes. She tossed one shoe and then the other at the pursuing bandit. Each hit him square in the face, causing him to growl in fury but not really slowing him down.

We have one heroic prize pack up for grabs, including:

The contest is open to addresses in the US only, and will run until Sunday, April 21 at 12:01am EST. To enter, use the form below. Good luck!