Who: Justin Landon, the one man show behind speculative fiction review blog Staffer’s Book Review (and Occasional Musings). We’ve been fans of Justin’s incisive reviews, essays and features ever since we first discovered his blog.

Give it up, folks, for Justin!

Has a sentence ever screamed more clearly that it’s written for a teenage boy? It comes from Christopher Bennett’s Only Superhuman, a comic book inspired science fiction novel released this year from Tor. I feel safe in saying that the comic industry is male dominated, from its creation to its readership. The grossly over sexualized women, and the male driven story lines, portrayed in the vast majority of comics have earned them that distinction. I hoped that the recent trend to novelize comic book style stories might move away from this predisposition. Only Superhuman and the similar Prepare to Die! by Paul Tobin (Night Shade Books), seem to indicate otherwise.

But Emery has grown up with cats — sure she could use a few of their tricks herself. Hell, she was wearing tiger-print panties. 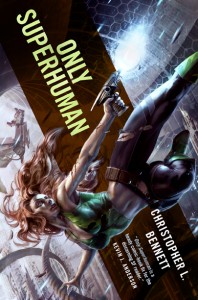 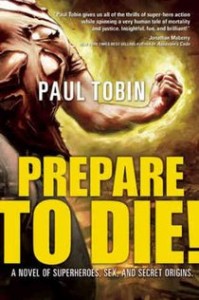 I could quote Prepare to Die! too, as I have Only Superhuman, but why go into it when the Book Smugglers’ own, Ana, summarized it so well:

For example, take the two main female supervillains. One of them fights naked, the other has, literally, the power of sex. There is also a promiscuous lesbian character that—randomly—walks into scenes, topless.

Naturally, Ana reviewed the novel with extreme prejudice. It was not, however, a universal opinion, with Mad Hatter’s Bookshelf & Book Review taking a positive stance while noting that Prepare to Die! is,

Definitely a boy book as the female characters have no depth or agency of their own.

It bothers me that novels continue to perpetuate negative portrayals of women, but if that’s all it took to set me off I’d never get anything done, rather it’s a much more deeply seeded notion that troubles me — that there’s such a thing as books (or films, or well… anything) for boys and books for girls. As though the gender gap is so large that certain narrative styles can only appeal to someone with a rogue chromosone. I can only wonder how it might be received if we called Toni Morrison’s Beloved a black book or Quentin Tarantino’s Inglorious Bastards a Jew film. I do know it wouldn’t be pleasant.

And yet, doesn’t it seem like readers, particularly genre readers (including romance), are perfectly willing to accept these categories? I have news — we do. And it’s completely, utterly, bafflingly, stupid.

I write about this now, at a time when Ana and Thea want us to reflect on the year behind us and the year ahead, because 2012 has been a big year for superhero fiction. I’ve already mentioned two, but add in Adam Christopher’s Empire State and Seven Wonders, Tom King’s A Once Crowded Sky, Samit Basu’s Turbulence, et. al. I’ve read several, but not all, and I can attest that most don’t suffer from the same flaws I’ve described in Only Superhuman and Prepare to Die!. However, it does seem to be an interesting jumping off point into the larger discussion I’ve outlined above.

I recently read Pamela Sargent’s Earthseed, a young adult novel written in the 1980’s that features a female protagonist, one who is not sexualized or given any of the annoying ‘female’ character flaws that have become archetypical. Sargent has been dubbed a feminist writer on occasion, but there’s nothing about Earthseed that makes it more palatable to one sex or the other, beyond the natural affinity a reader might have toward a main character they can identify with (I fully recognize that a male reader is more likely to connect with a male protagonist, vice versa). Its themes are universal. Its characters experience a range of experiences that appeal across biological and sociological strata. It is, in my mind, a fantastic story and a successful piece of fiction. It is both of those things because of its universal appeal. 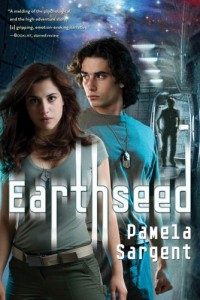 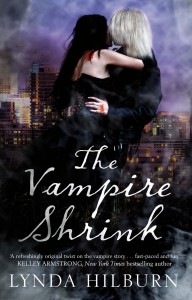 On a lark, I read Lynda Hilburn’s The Vampire Shrink, published by Jo Fletcher Books in the UK. It is what most would call paranormal romance. Some might insist it’s urban fantasy, and someone like me would probably be perfectly happy just calling it romance, but suffice to say its the female equivalent of Only Superhuman.

Even though I’d seen him without his shirt before, the effect in the candlelight was almost overwhelming. The muscles of his shoulders, arms, and abdomen were perfectly chiseled, a magnificent work of art in flesh and bone. I started to wonder what the odds were of a human being so exquisitely built, then remembered he wasn’t human. Not even close.

As a man, let me be the first to proclaim passages like this don’t really appeal to me. Frankly, I’m not entirely sure how well they engage a lot of female readers either, but they certainly engage a certain kind of female reader, just as Only Superhuman and its ilk attract a certain kind of male reader, again not me. Putting aside that both gender biased works tend to objectify its opposite, these kinds of works also tend to reinforce negative stereotypes among their intended genders. While Bennett and Tobin objectify women, they also degrade men, writing them as sex hungry womanizers who cannot deal with women in a mature fashion. The same is true of Hilburn who writes a female protagonist who needs super-human vampire man to solve her problems.

All that goes to say, I’m not a big fan of the social agenda that spews forth from writing books geared toward a narrow audience. Yet, I don’t really care about a novel’s social agenda either. The scope of fiction is broad, and should absolutely include a vast array of points of view, including characters who exemplify all the worst, and best, of the human condition. However, writing entire novels that fail to appeal to readers because they’re too masculine is an abject failure.

It’s not that fiction shouldn’t engage readers on themes that are gender specific. God knows I want my daughter to be able to read about being a young woman, but if that book fails to engage my son at all, isn’t that a fundamental failure of the fiction? Even worse, when novels are written, not to address gender issues, more with an eye toward raw entertainment, and fail to appeal across gender lines, isn’t that a catastrophic failure?’

Story, at its most basic level, should appeal to everyone. It’s why today, thousands of years after first appearing, many myths and fairy tales are still engaging, even when told poorly, or dressed up to look like something else. There is power in a good story, and I can’t imagine any story having power when it turns half of humanity off.

Thanks for the thoughts, Justin! Now, anyone want to sound off?