Who: Jared and Anne, the team that runs the fantabulous Pornokitsch, a blog focused on geek culture – be it books, movies, games, comics, television, or anything in between. Pornokitsch offers serious insight and critical thought – plus they have an annual award, The Kitschies, which rewards intelligent, progressive and entertaining fiction containing speculative or fantastic elements. Needless to say, we are huge fans.

Please give it up for Jared and Anne, folks!

We’re delighted to continue our own personal (slightly contrarian) Smugglivus tradition of celebrating the best undefinable things of the year and the best things that aren’t of the year at all.

The Anne half of us has selected her top moments in 2012 geek culture – the incidents or trends that rocked our genre world. Meanwhile, the Jared half of us has taken a turn to the past, and picked five of his favourite 2012 reads, while carefully avoiding anything actually written in 2012.

Sarah Lotz’s Pompidou Posse (2008) is distressingly hard to find. Ms. Lotz’s debut novel, Pompidou is only available in South Africa (although it does look like some enterprising souls are trying to flog copies for £62 on Amazon.co.uk… ow). The novel is the more-than-semi-autobiographical tale of a pair of art students that flee to Paris after burning down part of their school in an angsty act of rebellion. They wind up living on the streets – and discovering a world of poverty, petty larceny, drugs, sex and despair in the process (also, freedom, love and a certain sort of maturity). It is heartbreaking and amazing, and a spectacular coming of age story. 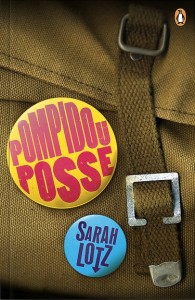 A Night in the Lonesome October was Robert Zelazny’s last book (1993) and very much my favourite. Every few decades, when the moon is full on Halloween night, a curious host of beings gather for a strange ceremony. Half are ‘openers’ and half are ‘closers’, and they are playing a great and sinister game. The players themselves are an eclectic bunch… a vampire count, a werewolf, a Russian monk… Mr. Zelazny clearly had a lot of fun.

And that’s the thing about A Night in the Lonesome October – it is incredibly fun, right down to the wriggly illustrations by Gahan Wilson.

After Patrick Ness won The Kitschies in February, I indulged in a little literary stalking and prowled through his entire backlist. My favourite find – and easily one of the best books I read all year: Topics About Which I Know Nothing, a collection of short stories from 2005.

The stories run the gamut from the macabre to the sentimental. “Implied Violence” is a grim look at a call-centre and their motivational techniques (for both consumers and employees). “2,115 Opportunities” is the reverse, a surprisingly romantic vignette that outlines everything that has to go right for a couple to meet. “The Gifted” and “Quid custodiet ipsos custodes?” are perhaps the most overtly weird, but all the stories contain some element of the fantastic. Topics is great SF, it has just been filed away on the wrong shelves. 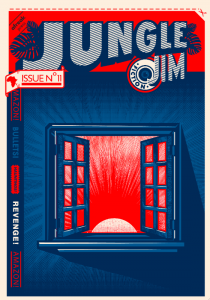 I’ve gone from completely ignoring magazines to obsessively following two different titles. Initially, I just stashed them on my Kindle to read during the morning commute, but they’re just too lovely not have to have in print as well.

…and one last entry: A Pretty Mouth by Molly Tanzer. This is also cheating, as A Pretty Mouth just came out in October (but it is a collection and therefore not eligible for The Kitschies so I can praise it as much as I want. So ha). A Pretty Mouth is deeply, truly, wonderfully weird. Superficially, it is a collection of interconnected pastiches. Each short story emulates a different style: from Wodehousian comedy to Victorian porn to a Robert Howard sword and sorcery epic. They’re all connected by the presence of the delightfully dubious Calipash family (think, um,… British aristocracy by way of Innsmouth).

But A Pretty Mouth is more than just a silly satire – Ms. Tanzer finds very new stories while working from very old material, successfully proving that there’s plenty of life left in genre traditions without resorting to retreads. Each of the stories is a gem in its own right, and, as a whole, this is one of the most delightful, provocative, dark and wonderfully twisted books I’ve ever read.

Some really interesting stuff happened in geek pop culture this year. Let’s talk about it!

It’s unfair of me to combine two of my five, but I am. Something happened this summer: superheroes took over the entire world. Seriously, between The Dark Knight Rises and Avengers (Assemble), there were a lot of superheroes in the cinema this year. And, more importantly, they were in legitimately good films that got legitimately good reviews. And even more importantly, they made a metric ton of money, ensuring that superhero films will be with us for a while longer. No matter which you preferred (and you very likely preferred one to the other) the odds are good that you were very happy with at least one of these two films, and talked about them with, oh, everyone.

Y’know what else everyone talked about this year? Awards. Specifically, the Arthur C. Clarke Award. Now, arguably, the Clarke is the world’s preeminent genre fiction award. But it doesn’t get one-sixteenth of the mainstream attention of awards like the Booker. But, thanks to Christopher Priest’s blogpost about the Clarke shortlist, the Clarke suddenly found itself at the forefront of an extraordinary conversation about awards – what they mean, why they’re important, and why anyone should care – that spilled over into the mainstream. Whatever our opinions about Priest’s complaints, he certainly got us all talking… and, just as importantly, got everyone else talking, too.

We didn’t just have good, money-making movies this year. We also had good, money-making television. The first season of Game of Thrones was spectacular, made George R. R. Martin a household name, and propelled the fifth installment of a labyrinthine, slow-moving, fifteen-years-in-the-making-with-no-end-in-sight fantasy series onto the New York Times bestsellers list for, like, a billion weeks in a row. But the first season, for all its brilliance, was not without its problems – exploitative nudity and a frustrating dependence on cliffhanger endings, for example – problems that the second season of Game of Thrones did almost entirely away with. This year’s installment featured better writing, more interesting character beats, and even a few not entirely unwelcome changes to the book. Each hour stood alone as a compelling episode in and of itself, and proved that the series can not only exist without Ned Stark as a fulcrum, but might even be stronger for his absence. 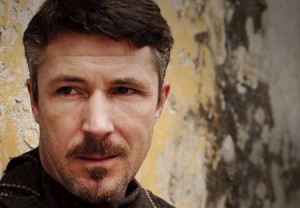 It’s almost a gimme to toss Fifty Shades of Grey onto this list, but I’ve got to. The Fifty Shades phenomenon had its humble beginnings in a subculture that’s very much a part of genre: fanfic. Even more, Twilight fanfic. For better or for worse, Snowqueens Icedragon could very easily have been any of us (if you don’t write fanfic yourself, two’ll get you ten that you know someone who does). And, through Fifty Shades, ‘Masters of the Universe’ became that incredibly rare thing – a supercultural flashpoint.

Thank you, Anne and Jared!