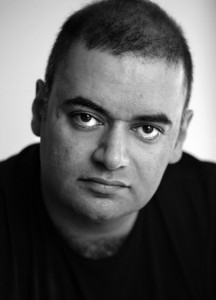 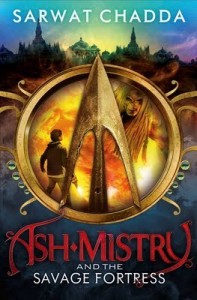 Recent Work: Ash Mistry and the Savage Fortress, the first in the Ash Mistry series featuring a main PoC hero and a LOT of badassery. You can read Ana’s enthusiastic review of the book HERE.

Please give a warm hand to Sarwat, everyone!

Why I had to write The Savage Fortress

Simply put, because I wanted a brown kid to save the world, for once. As a former brown kid myself I thought it about time we were the badass hero rather than the helpful but mainly comedic sidekick.

What else to tell you?

Does him being brown make a difference? To mis-quote another minority hero if you prick him does he not bleed? If you poison him does he not die? If you wrong him will he not revenge?

Shock news. Being brown, gay, short, tall, ugly whatever does not make any difference from being human.

That’s it. The Savage Fortress is about love, loyalty, family bonds and how, when stripped of every hope and comfort and companionship some crumble and give up and surrender to fate but some, the heroes, the BADASSES, fight back with tooth and claw and raw, bloody guts.

I grew up reading the Greek myths and I memorised every one of Labours of Hercules and the crew list of the Argo, the heroes of the Iliad and why Hector was true hero of Troy, not Achilles.

I moved onto the Norse legends and learnt how to spell Ragnarok without referring to the dictionary and loved them too.

But, excuse me, they are just toddlers in the nursery compared to the BADASSES of Indian Mythology. I’d put Kali, the death goddess, against any ten gods from any other pantheon and she would eat them whole. She’d beat them with eight of her ten arms tied behind her back.

So I thought wouldn’t it be cool if my hero, Ash, became her warrior? And move the action out to India itself?

India. It’s a fairytale world for real. You visit the desert cities of Jaisalmer and you’re in the Arabian Nights. You can go yeti spotting in the Himalayas and met fire-walking holy men and watch the funeral pyres in Varanasi and be part of a living, breathing myth. Thunder rolls in the monsoons and the land has deserts, ancient kingdoms, cyber-cities and tigers and rickshaws and temples and call centres and cows wandering the streets and the Taj Mahal, the greatest memorial to love EVER.

Yeah, you can tell I kinda love it a lot.

I had an insane amount of fun with this series, visiting India so I’d get it right, not just describing what’s there but talking with the locals and soaking up the atmosphere. Walking the streets your protagonist lives on makes a huge difference. It took a long time to build the Savage Fortress, I wanted it to be so alive you could smell the smoke from the temple fires. It’s got all the goodies.

I like to think it’s the start of Generation BADASS.

Give the book a try then go immediately to the travel agent and book a trip out there. Maybe you could check out the Savage Fortress, a real maharajah’s palace on the banks of the Ganges, where the vultures and crocodiles live.

The Savage Fortress is the start of an epic adventure for my boy Ash. He’s got a lot of pain, hardship and sacrifice ahead of him. I’m working on Book 3 right now (Book 2 wrapped AGES ago!) and he’s going to have to submerge himself in the darkest parts of his soul to survive what’s in store. It would be rather awesome to have you along too.