Get Ready for Prodigy by Marie Lu (Giveaway)

To gear up for the January 29 release of Prodigy by Marie Lu, the second book in her Legend trilogy, we have one copy of the book up for grabs! Thea enjoyed Legend (a solid popcorn dystopia action flick of a book), so what better way to kick off this dreary, snowy, stormy Thursday than with a good dose of adrenaline? 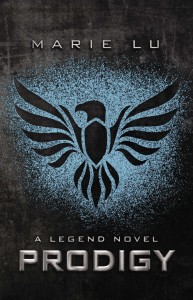 Prodigy is the long-awaited sequel to Legend, the must-read dystopian novel for all YA fans of The Hunger Games by Suzanne Collins and Divergent by Veronica Roth. A brilliant re-imagining of Les Miserables, the series is set to be a global film sensation as CBS films have acquired rights to the trilogy.

June and Day arrive in Vegas just as the unthinkable happens: the Elector Primo dies, and his son Anden takes his place. With the Republic edging closer to chaos, the two join a group of Patriot rebels eager to help Day rescue his brother and offer passage to the Colonies. They have only one request—-June and Day must assassinate the new Elector.

It’s their chance to change the nation, to give voice to a people silenced for too long.

But as June realizes this Elector is nothing like his father, she’s haunted by the choice ahead. What if Anden is a new beginning? What if revolution must be more than loss and vengeance, anger and blood—what if the Patriots are wrong? 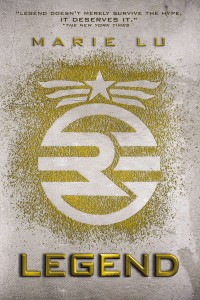 What was once the western United States is now home to the Republic, a nation perpetually at war with its neighbors. Born into an elite family, fifteen-year-old June is a prodigy being groomed for success in the Republic’s highest military circles. Born into the slums, fifteen-year-old Day is the country’s most wanted criminal. But his motives may not be as malicious as they seem.

June and Day have no reason to cross paths – until the day June’s brother, Metias, is murdered and Day becomes the prime suspect. Caught in the ultimate game of cat and mouse, the two uncover the truth of what has really brought them together, and the sinister lengths their country will go to keep its secrets.

Day jolts awake beside me. His brow is covered with sweat, and his cheeks are wet with tears. He’s breathing heavily.

I lean over him and brush a wet strand of hair out of his face. The scrape on my shoulder has scabbed over already, but my movement makes it throb again. Day sits up, rubs a hand wearily across his eyes, and glances around our swaying railcar as if searching for something. He looks first at the stacks of crates in one dark corner, then at the burlap lining the floor and the little sack of food and water sitting between us. It takes him a minute to reorient himself, to remember that we’re hitching a ride on a train bound for Vegas. A few seconds pass before he releases his rigid posture and lets himself sag back against the wall.

I gently tap his hand. “Are you okay?” That’s become my constant question.

Nine days have passed since we broke out of Batalla Hall and escaped Los Angeles. Since then, Day has had nightmares every time he’s closed his eyes. When we first got away and were able to catch a few hours of rest in an abandoned train yard, Day bolted awake screaming. We were lucky no soldiers or street police heard him. After that, I developed the habit of stroking his hair right after he falls asleep, of kissing his cheeks and forehead and eyelids. He still wakes up gasping with tears, his eyes hunting frantically for all the things he’s lost. But at least he does this silently. 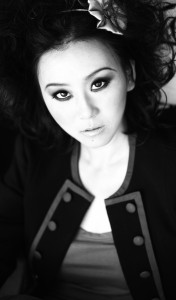 She left Beijing for the States in 1989 and went off to college at the University of Southern California. In her past life, she was an art director in the video game industry, but now she writes full-time. 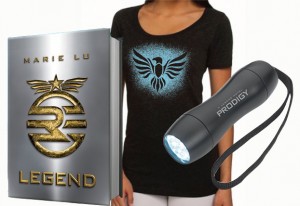 Want to catch up with June and Day before Prodigy officially comes out in January? One lucky winner will receive the following Prodigy Prize Pack: limited edition Prodigy flashlight, limited edition Prodigy t-shirt, and a copy of Legend. The contest is open to addresses in the US only, and will run until Sunday, November 18 at 12:01am EST. In order to enter, use the form below!