Ask the Passengers is the new LGBT novel by A.S.King and given how much Ana loved her previous two books Please Ignore Vera Dietz (a top 10 book of 2010) and last year’s Everybody Sees the Ants, we were delighted when we were invited to take part on the Blog Tour for the new book. So today, we are honoured to be kicking off the Ask the Passengers Blog Tour with a post from A.S.King on Inspirations & Influences. 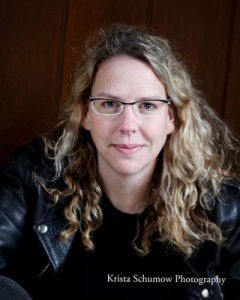 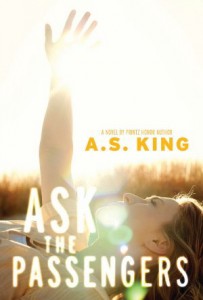 Please give it up for A.S. King!

My biggest writing influence is Kurt Vonnegut Jr. If one looks at his entire body of work and its scope and reach and ability to tell the truth in so many different ways, it’s easy to see the reason I love him. He didn’t seem to give a hoot about who liked what. He didn’t write himself into a box where he was expected to crank out the same story or even genre every time. He was always telling a deeper story. His stories urged readers to use critical thinking skills—to read between and underneath and overtop of the lines. For me, each of his books, every time I reread them, is like a fortune cookie inside of a fortune cookie inside of another fortune cookie. Sometimes, with pictures. Sometimes with space aliens who appear out of nowhere and communicate only by farting and tap dancing. 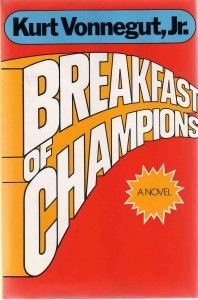 I think the thing I learned the most by reading Vonnegut’s body of work was that a writer didn’t have to do just one thing. That freed me as a writer. I never once felt like I had to create something similar to a previous book. This means that sometimes fans of my last book might not like my next. It means that some readers don’t get some of my books. I’m entirely okay with that.

I am fascinated by love.
I met my soul mate when I was 17 years old and I defended that fact for many years as the adults (and fellow students) in my life waved off the mere idea of my knowing what love even was at 17 years old.
But love isn’t that complicated.
Love is simple.
And I knew it.
And 25+ years later, I am still sharing my life with my soul mate.

In Ask the Passengers, Astrid Jones has a lot of love. And like many people her age (17) she would like to find love, too. Except that she’s very confused about a lot of things. Because she thinks she might love a girl…and she’s a girl. And that’s complicated in her town and in her family and in her society and in her world.

But it really isn’t. Love is love. Nobody can tell me it isn’t. Nobody can tell me that my love is more important, real or relevant than another person’s love. Sorry. Can’t do it. But a lot of people try to box love. They categorize it. They label it. They connect it to sex. Because everything in our world is connected to sex now, isn’t it? But love is love. It just is. And all this boxing and categorizing complicates something that isn’t all that complicated on the inside—in our hearts.

I was introduced to basic philosophy about six months after I met my soul mate. I was a senior in high school when I first read Plato’s Republic and we dissected The Allegory of the Cave. I was fascinated.

Then, in college, I took my first philosophy class and learned the history of philosophy. And frankly, it annoyed me. It was Zeno who annoyed me the most. Zeno is most famous for his theory that motion is impossible. I won’t bore you with the details, but the basic idea was: since time can be infinitely chopped up into little pieces, then nothing is really moving because in each little moment, everything is standing still, and so, motion is impossible. Zeno was certainly not the first or last philosopher to explore motion. His own theory was in response to the theories that had come before his.

And it annoyed the crap out of me.

It annoyed me because motion is possible and, well, why are we wasting time talking about a guy who said something so silly?

In other words: why are we complicating something so simple?

In the 20 years that followed that philosophy class, I’ve read a lot of philosophy texts and when I read more about Socrates, I really fell for him. The guy was rad. Sure, he had some weird ways of thinking, but he questioned everything. He tried to get people who thought one way to think another. He urged people to open their minds and consider alternatives. He challenged people.

So, when Astrid Jones explores philosophy during her time of questioning, she has that same mix of love and hate I experienced when I was first introduced to philosophy. On one hand, Zeno infuriates her because he seems to be complicating something simple. On the other hand, Socrates and his need to question everything and open minds helps her open her own mind and see the world the same as The Allegory of the Cave, and in so doing, he helps her realize that very simple fact—no matter what the shadows in the cave say, love is love.

If you read the first part of this post, you know I admire writers who defy categories and labels and boxes. I respect the wide reach of universal themes and characters that can speak to anyone so long as the listener is listening.

Ask the Passengers is my homage to love. It’s my homage to Socrates, who, down to the second he drank the hemlock that killed him, urged us to be open-minded and free in our thinking. And, like all of my books, it is a homage to my literary hero, because if Kurt Vonnegut’s books taught me anything, it was to be myself, even if it means that some people mightn’t quite agree or understand.

About the author: A.S. King has recently returned from Ireland, where she spent a decade dividing herself between self-sufficiency, teaching adult literacy, and writing novels. She has also been a rare poultry breeder, photographer, master printer, contractor, summer camp counselor, pizza delivery driver and, for a week or two, a complete loser who did nothing at all.

Amy’s newest YA novel, Ask the Passengers (Little, Brown October 2012)is a Junior Library Guild selection, an Indie Next List pick and has been called “Another thoughtful, and often breathtaking achievement” by Booklist in one of five starred reviews for the book. Everybody Sees the Ants (Little, Brown October 2011) was an Andre Norton Award finalist, a Cybils finalist, and a 2012 YALSA Top Ten book for young adults. Her 2010 YA novel, Please Ignore Vera Dietz was a 2011 Michael L. Printz Honor Book, an Edgar Award Nominee, a Kirkus Reviews Best Book for Teens 2010, a Junior Library Guild selection and a YALSA Best Fiction for Young Adults pick. Her first YA novel, The Dust of 100 Dogs, was an ALA Best Book for Young Adults, an Indie Next pick and a Cybil award finalist. Her short fiction for adults has been widely published and was nominated for Best New American Voices 2010. Amy now lives in Pennsylvania with her husband and children and is a huge fan of Kurt Vonnegut, corn on the cob, libraries, and roller skating.