In recent years, the Superhero has been making it to the Silver Screen in a big way. Beyond just the usual Batman and Superman reboots, select lesser-known heroes have been getting their turn in the mainstream spotlight. This summer, four superhero films grace the screen, and, as fellow movie junkies and nerds, we decided to break them down, Smuggler style, in case you’re wondering which ones you should watch. 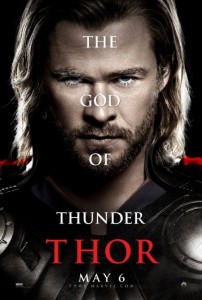 Summary: The powerful but arrogant warrior Thor is cast out of the fantastic realm of Asgard and sent to live amongst humans on Earth, where he soon becomes one of their finest defenders.

And the winner is… A tie! Thor is pretty damn awesome (and funny, and incredibly ripped) but Loki totally kicks-ass as well (he pulls on some seriously emotional heartstrings. Well done, Loki. Well done.)

See it because… Kenneth Branagh is a wonderful director who managed to add Shakespearean gravitas to the age-old fight between brothers. Cool special effects and fight sequences; Asgard looks AWESOME. Tom Hiddleston as Loki knocked our socks off. Chris Hemsworth as Thor is SO hot (Thea’s note: Meh, he was hotter as Kirk Sr., but no one can argue with that enormous body in Thor). Hawkeye has a cameo and OMG he is played by Book Smugglers’ Favorite, Jeremy Renner. Plus, and we can not stress how important this is: The Avengers movie cast is almost complete with Thor. Is it next year yet? *insert fangirl scream*

Possible Rotten Tomato Factor: Ugh, Natalie Portman’s role is completely superfluous in this movie (even though it is faithful to the origin story in the comics). The romance is ridiculously lame in its ultra-fast development. Also ultra-fast: Thor’s redemption and move from super-arrogant hero-wannabe to Mr nice-guy and self-proclaimed Earth’s protector. 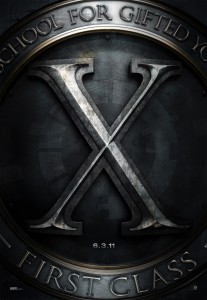 Summary: In 1962, Charles Xavier starts up a school and later a team, for humans with superhuman abilities. Among them is Erik Lensherr, his best friend… and future archenemy.

And the winner is… Dude. Magneto.

See it because… of the Fassbender. Simple as that. Plus: Best. Suprise. Cameo. Ever.

Possible Rotten Tomato Factor: The portrayal of Emma Frost is frustratingly sexist (and January Jones, beautiful and Emma Frost in appearance though she might be, is not much of an actress either and doesn’t bring anything deeper to the character). The treatment of “I adapt to survive” Darwin and the other PoC characters is problematic at best, insulting at worst. 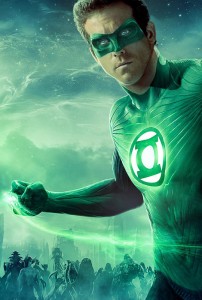 Summary: A test pilot is granted a mystical green ring that bestows him with otherworldly powers, as well as membership into an intergalactic squadron tasked with keeping peace within the universe.

And the winner is… Dude, Saarsgard is BADASS.

See it because… you’re a green lantern fan and have been waiting for Hal’s portrayal. Make sure you save the cash and watch the 2D version, though. 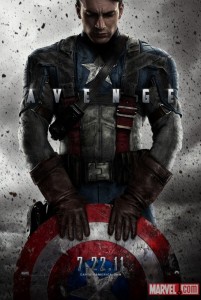 Summary: After being deemed unfit for military service, Steve Rogers volunteers for a top secret research project that turns him into Captain America, a superhero dedicated to defending America’s ideals.

And the winner is… Verdict’s out until we can see the movie, but Evans looks to be an interesting Steve Rogers, and what tantalizing glimpses we’ve seen of Red Skull in the previews look AWESOME. Hugo Weaving is such a good villain. We shall see.

See it because… It actually looks pretty cool. Plus, as mentioned before, this is the final piece of the Avengers movie puzzle.

Possible Rotten Tomato Factor: Annoying female sidekick/love interest status is high, just as the possibility of cheese factor also high. Ana is still not convinced with the casting of Chris Evans as the Cap, but we’re both cautiously optimistic.

And that’s it from us! How do you feel about the superhero films this summer?