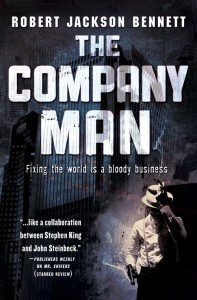 The McNaughton Corporation is the pinnacle of American industry. They built the guns that won the Great War before it even began. They built the airships that tie the world together. And, above all, they built Evesden-a shining metropolis, the best that the world has to offer.

But something is rotten at the heart of the city. Deep underground, a trolley car pulls into a station with eleven dead bodies inside. Four minutes before, the victims were seen boarding at the previous station. Eleven men butchered by hand in the blink of an eye. All are dead. And all are union.

Now, one man, Cyril Hayes, must fix this. There is a dark secret behind the inventions of McNaughton and with a war brewing between the executives and the workers, the truth must be discovered before the whole city burns. Caught between the union and the company, between the police and the victims, Hayes must uncover the mystery before it kills him.

How did I get this book: eARC from the Publisher

Why did I read this book: Why did I want this book? Oh, let me count the ways: alternate history steampunk? Check. Noirish detective feel? Check. Hints of an alternate 1920s Sherlock Holmes? Check. A deeply secretive corporation set in a metropolis mired by murders of possible supernatural origin? CHECK. This book had “Thea” written all over it.

North of the bustle of San Francisco, separate from the city of Seattle, the sprawling metropolis of Evesden stands as the most important city in the world. Built on the inventions of Lawrence Kulahee, a crude fisherman and unlikely technological savant, overlooking the Puget Sound, Evesden’s power has been consolidated by the McNaughton Western Foundry Corporation, the titled Company. Headquartered in a skyscraper called “The Nail” for it’s long toothlike body and flat head, standing proudly as a beacon of invention, industry, and power, the Company has become the most important and dominant corporation in the world by protecting its secrets.[1. Think: Apple.] When low-level factory workers, all with union connections, begin to show up dead (a bloated body in a canal, a trolley car full of bodies slaughtered in an impossible timeframe) police detective Don Garvey calls in his friend Cyril Hayes to the scene. Hayes, a Company employee with a penchant for finding out secrets and taking care of problems on the down low thanks to his telepathic abilities, is also set on the case by his superiors to try and find out how far the dreaded union has pervaded company ranks. Unfortunately, Hayes’s abilities come with a narcotics addiction and alcohol problem, so the Company adds the requirement that he works with a secretary that will record and report his every move.[2. Think: Dana Scully.] Fortunately for Hayes, that secretary, one Samantha Fairbanks, turns out to be far more resourceful than either Hayes or the Company could have imagined. Together, he and Miss Fairbanks strive to do their jobs, but on the way end up uncovering secrets about McNaughton, the nature of its inventions, and the city of Evesden itself along the way.

The Company Man is the second novel I’ve read from Mr. Robert Jackson Bennett, and in both cases, I’m left with the same sort of wistful sense of potential left unfulfilled. In the case of Mr. Shivers, it’s the Depression era backdrop coupled with a bitter quest for revenge, and in The Company Man, corporate secrets, steampunkish technology and a grimy, corrupted city run amok with murder make for intriguing premises. And yet, in both cases, the characters lack the necessary depth to make the books work. While I loved the intrigue and “hook” of The Company Man, from its richly imagined setting and mysterious history, to the increasing corpses heaping up in the city’s underbelly, the book falls completely flat on execution. There is little here that hasn’t been done before what with the addicted (but brilliant! And supernaturally gifted!) detective figure and his acquiescent sidekick secretary/assistant (because of course, this is the only part for the woman to play in these books). Hayes, Samantha and Garvey remain mere sketches over the course of the book – each with their own predictable developments but without any real substance or believability. For all that Cyril Hayes is The Company Man‘s protagonist, there’s little to recommend him – its hard to sympathize with a character without any real driving motivation or distinguishable quality (other than he wears suits and has trembling hands – due to his love of chasing the dragon). Samantha is predictably sensible, was a nurse in WWI so can handle some of the more indelicate revelations along the way, a great note-taker, and ultimately an utterly superfluous character. Add to this the rather mundane prose and predictable revelations of the novel (which is overlong given its lack of thematic depth or scintillating plot development) and The Company Man simply misses the mark.

This is not a terrible book, or even a bad book. It’s just not a particularly memorable one, or one I would recommend.

Notable Quotes/Parts: No excerpts up, but you can check out an interview with Robert Jackson Bennett concerning The Company Man and his writing HERE.

Additional Thoughts: So, disappointed with The Company Man? Check out some of these very similar but exponentially better titles. My favorite steampunk-noir mystery remains Tim Akers’ fantastic Heart of Veridon (replete with a mysterious city, murder, and conspiracy): 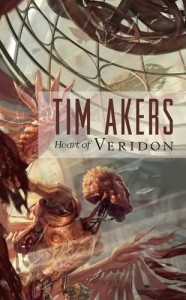 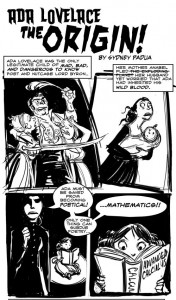 Also, the dynamic between Hayes and Fairbanks is reminiscent of Steampunk webcomic 2D Goggles: or, the Thrilling Adventures of Lovelace and Babbage or George Mann’s Newbury & Hobbes books (all of which I’d recommend before this title).

Reading Next: Abandon by Meg Cabot