Who: Y.S. Lee, YA author of The Agency series, about a women’s detective agency in Victorian times. The first book in the series is called A Spy in the House and came out early 2010. 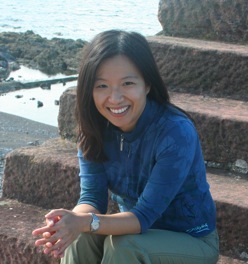 Recent Work: Book two in the series, The Body at the Tower released in August and reviewed by Thea HERE. 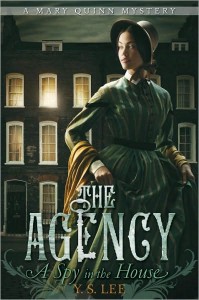 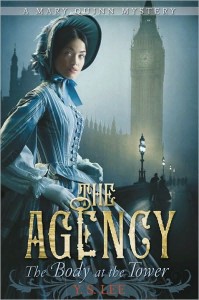 Everybody, please, a warm welcome to Y.S. Lee!

I’m so pleased to be part of Smugglivus 2010, talking about my favourite books this year. Thank you for having me, Ana and Thea!

My best books of 2010 are a disparate lot, and I only realized after making the list that not one of them was published this year. Perhaps that’s inevitable, for a writer of historical fiction? Nevertheless, here they are: 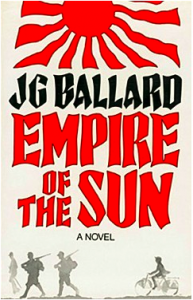 This novel, about a child living in Shanghai during the Japanese attack and occupation of the Second World War, is actually memoir thinly disguised as fiction. Ballard’s writing is exquisite, his vision merciless, his subject utterly compelling. I’ll never be able to forget this book. 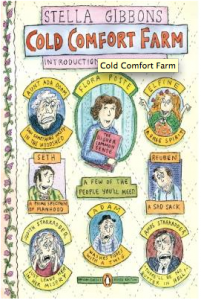 This book’s been at the edges of my radar (bookdar?) for ages but it took my friend Colleen at Bookphilia to nudge me into reading it. It’s not funny in the sense that I cried with laughter while reading it. Really, it’s downright odd in places. But oh, the half-life of this book. I read it, then thought about it for days, snickering to myself whenever I did so. Then I made my husband read it, and now all we have to do to start cackling insanely is say, “liddle mop”. Or “water-voles”. Or “I saw something nasty in the woodshed.” We’ve come to resemble the village idiots, thanks to Gibbons.

Book I most wish I could have written: Gaudy Night, by Dorothy L. Sayers. 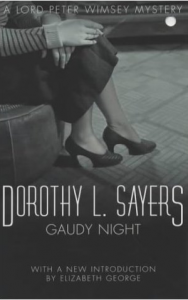 I adore Sayers, and I’m ridiculously in love with her sleuth, Lord Peter Wimsey. But Gaudy Night is the best of the series. It’s not only the high point of the golden age of detective fiction but a meditation on the ideals of education, polite society, meaningful conversation, and what it means to love someone.

Best classic fiction: The End of the Affair, by Graham Greene. 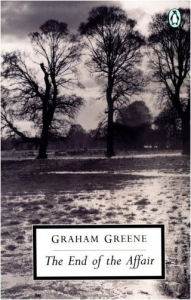 As the title suggests, it’s about the ugly, petty aspects of human nature. It’s worth reading because Greene takes such a mundane subject and turns it into an exploration of passion, faith, guilt, knowledge, and the way we barter with life. 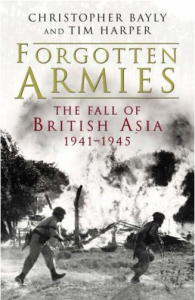 This focuses on the collapse of the British Empire in Asia during the Second World War. It’s wonderfully detailed and subtle, while avoiding an Anglocentric approach – a remarkable accomplishment. I began it for research reasons, but I’ll be finishing it just because it’s great. I’m so glad this came my way. 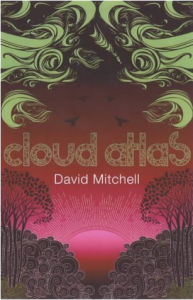 I avoided this one for a long time because I was suspicious. I thought it would be overhyped, too clever for its own good, the postmodern bits gratuitous and contrived. My friend Colleen told me I was wrong, and I’m so thrilled to agree that I was; grievously wrong. David Mitchell is a genius – a word I use sparingly – and Cloud Atlas is a bold, brilliant, astonishing, multi-faceted dream of a novel. I adore CA too much to say anything properly critical about it, but GOD, everyone should read it.

Obviously, I’m looking forward to a bookish 2011. As a writer, next year will see the UK publication of the third Mary Quinn novel, The Agency: The Traitor and the Tunnel in August 2011. It’ll be out in North America in spring 2012 – sorry about the wait! – but I’ll be posting a preview at my website well before then. And I’m working on a new, non-Agency novel set in Malaya during the Second World War. I’m loving the research.

Finally, my birthday was yesterday! To celebrate, I’d like to offer an Agency prize pack that consists of an Agency t-shirt (the very last one in my possession), bookmark and sticker. To enter, just leave a comment answering this question: What catchphrase or inside joke makes YOU collapse with laughter?

Thank you, Ms Lee! And a Happy belated Birthday! 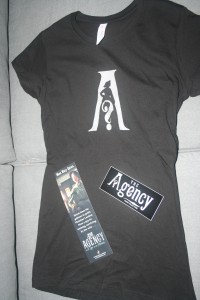 You heard the lady! Answer the question (What catchphrase or inside joke makes YOU collapse with laughter?) in order to be entered to win the Agency’s Swag. Contest is open to everybody and will run till Jan 1st 11:59pm (PST). One entry per person, please. We will randomly pick the winner and post it on our January 2nd stash. Good luck!