Chat With An Author: Interview With Alex Bell

Welcome to another “Chat With An Author”. On this edition, we are delighted to bring you talented British author Alex Bell, author of Fantasy books. Her first published novel was The Ninth Circle, which was followed by Jasmyn, a book we both read and adored. Upon meeting the author last year, at the Gollancz Autumn Party, Ana sort of…threatened her to one day issue an invitation for an interview, which is how we are here today. 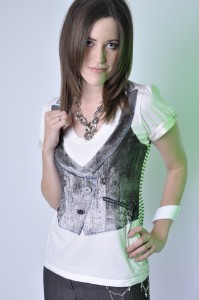 Here to talk about her new YA novel, Lex Trent Versus The Gods (reviewed here), here’s Alex Bell!

The Book Smugglers: Alex, thank you so much for taking the time to chat with us! Your new book, Lex Trent Versus the Gods is your third novel, but your first YA novel. How was this departure from writing for adults and what inspired the crossover? 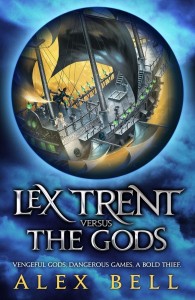 Alex: Always happy to chat to the lovely – and legendary – Book Smugglers!

To be honest, the only thing that makes Lex Trent YA in my mind is the fact that it has a teenage protagonist. I didn’t change anything about the story to ‘make’ it YA, but just wrote the kind of book I would want to read. Obviously it’s completely different from my previous books, and I thoroughly enjoyed writing something that was fun rather than extremely serious.

The Book Smugglers: In the novel, Lex Trent, the protagonist, is a morally ambiguous thief, a conniving, super lucky crook who thinks he is the best at everything he does and has very little in the way of a conscience. Did you have any problems trying to sell the idea of a protagonist such as this for a YA audience? How do you think he will be received by your readers?

Alex: There were a couple of rejections in the early stages that were mainly to do with the fact that Lex is – let’s face it – such a selfish, badly behaved little sod. Personally I think young adults can cope with this, and I didn’t want to tone Lex’s character down or make him less bad because, for me, that is what makes the book fun! I’m a big fan of anti-heroes, and I particularly love the Flashman books, but anti-heroes aren’t for everyone, and readers who likes their protagonists whiter than white are not going to like Lex! I hope that most people will be able to enjoy his escapades for the good-natured naughtiness that they are and, so far, the reviews have been very positive in that respect.

The Book Smugglers: One of the things we loved about the book was the imaginative world that you created which is a mixture of completely new, exclusive Alex Bell creations like how the Globe has been split between Lands Above and Lands Beneath with ladders linking them; but we can also a see a strong influence from Greek Mythology like the presence of medusas, minotaur and griffins. Would you say you were inspired by this one particular mythology and departed from there or did it start somewhere else?

Alex: It definitely started with Greek Mythology, and I’m glad that that comes through. One of the first inspirations for Lex was my memory of watching Jason and the Argonauts when I was little, and being extremely impressed with the giant Neptune figure that rose out of the sea to help the floundering ship. I also saw a film around the same time (although I’ve no idea what it was called) that showed Perseus fighting the Medusa. And my Dad had me read the Illiad and the Odyssey when I was a kid, which probably impacted on me as well. 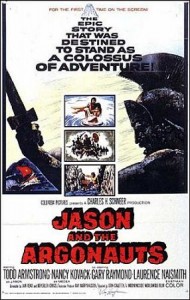 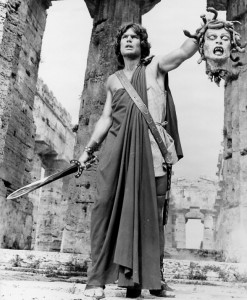 The other elements in Lex’s world – the ones I made up myself – just sneaked in on their own, mostly because they made me laugh. I wanted to have a mixture because although the world was influenced by Greek Mythology, I wanted it to have its own distinctive feel as well, and not just be a rip-off of Ancient Greece. .

The Book Smugglers: We have a soft spot for fairy tales here at the Smugglers’ HQ, especially retellings. We loved how In Lex Trent Versus The Gods, you have fairy godmothers retiring to the woods where they know no one will bother them with wishes; Your second book Jasmyn is a modern fairytale. Do you have a favourite old fairytale or a new retelling?

Alex: I loved the Confessions of an Ugly Stepsister film as a modern retelling of an old fairytale, but I haven’t read the book. I also loved The Tenth Kingdom mini-series, which was such an awesome retelling of old fairytales – mixing the dark stuff in with the twinkly stuff.

The Book Smugglers: Let’s talk about Unreliable Narrators, shall we: this is one of our favourite narrative styles at the Book Smugglers and one that you seem to favour as well. Be it a narrator who doesn’t know he is not telling the truth because he doesn’t know the truth or because he is actually lying to himself as well. Why do you use this type of narrative in your writing?

Alex: Except for The Ninth Circle, it hasn’t been a conscious decision of mine to use unreliable narrators in my books, but I think this type of narration works well because it keeps people guessing about what is going to happen, and it means you can’t take everything you’re told at face value. An element of this would probably creep into any book I wrote in the first person because I think we’re all unreliable narrators when it comes to our own lives! 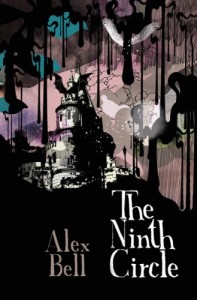 Alex: Obviously, the great Terry Pratchett is one of my main influences. I’ve been reading his books for a long time – I think they probably helped me survive the extremely horrible five years I had at secondary school – because of the fact that they’re pure escapism, very funny and could always cheer me up. They also served as a bit of light relief when I was studying Law.

Madeleine Brent (pen name of Peter O’Donnell) is also one of my writing Gods because of the incredibly deft touch he has with characterisation. And the immensely satisfying twists and turns throughout the books – you usually know they’re coming, but that only makes finally getting there even more rewarding.

Apart from those two I have many other writing influences, including authors I have read and not enjoyed because that makes me clearer about what kind of thing I want to avoid in my own books.

The Book Smugglers: Are you a reader of Young Adult fiction? What are some of your favorite YA titles?

Alex: I loved the Harry Potter books if they can be counted as YA. I’m not really a big fan of the YA paranormal romances (although I’ve only read three), and I find it annoying when teenage characters are too goody-two-shoes (which might just possibly show through in Lex!) I’m trying to read more YA now so that I have a better idea of what’s out there.

The Book Smugglers: You are like, super, ultra young. How did you accomplish becoming a lawyer, dropping off, writing three books and getting them all published before even being 25? Are you a genius?

Alex: Ah, well, I didn’t actually become a lawyer – although you can spread that rumour around the internet if you like as that would make me look very impressive! I started the LPC (solicitor school) in London, and really loved it (mainly because I met some great people and enjoyed having a giggle with them), but the more I learned about Law as a profession, the more I realised how hopeless it would be to try to fit writing in as well, since law is an extremely work-intensive career path. And would probably suck all creativity out of you like a leech.

I’ve been lucky enough to get published young partly because I started writing young! I finished my first novel when I was seventeen, and sent short stories and novels out for two years before I got my agent. So it wasn’t quite the walk in the park that maybe it seems. I certainly had my fair share of rejection letters!

Basically, I decided I would rather be a poor writer than a rich lawyer, but perhaps we can just go with my being a genius and doing it all, as that is vastly more impressive. Have I mentioned that I am also a qualified rocket scientist and a brain surgeon?

The Book Smugglers: What are you working on next? Please tell us you have another Lex Trent adventure in the works?

Alex: I certainly do! In fact, I have already finished Lex Trent 2. And I love this one even more than the first one, mostly due to the fact that Lex’s new companion is an outlaw cowboy called Jesse, who is almost as much of a scoundrel as Lex is himself. These two characters practically write themselves and so it’s really more a question of my just being their personal typist. Their secretary, if you will.

Alex: Yikes, what an appalling dilemma! The book would be whatever was nearest out of Going Postal, Harry Potter and the Prisoner of Azkaban, or Tregaron’s Daughter. The movie would be Weekend at Bernie’s – no contest. And the TV show would be Boston Legal (again, no contest!) 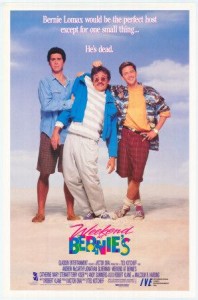 Alex: Never! My family are extremely book-orientated. Books of all kinds are warmly welcomed in our house. Indeed, we once had cleaners who complained bitterly about the number of bookshelves they had to dust (needless to say, they are no longer with us). I am far more likely to get into trouble for smuggling another animal into the house than a book.

The Book Smugglers: Thank you for your time! It’s been a pleasure.

Chat With An Author: An Interview With Peter Straub