Smugglivus Day 21 – Danielle of Opinionated, Me?

Today’s Guest: Danielle, of the YA/Horror/Speculative Fiction/etc blog Opinionated, Me? Danielle is a dedicated blogger and straight-shooting reviewer with a ton of posts to her credit – and she’s only a high school freshman, which makes all her accomplishments even more impressive.

Please give it up, folks, for the awesome Danielle!

When Ana and Thea asked me to be part of Smugglivus, I was more then a little daunted. I’d only been blogging for a short time, and I wasn’t sure I could write a coherent post about what I loved/didn’t love about the publishing world in 2009 (y’know, without rambling). There were so many high points in YA and horror this year, I’m struggling to pin-point the excellent from the enjoyable. So, while extending my deepest thanks to Ana and Thea for putting up with me, here is my bloated Best of list for 2009. 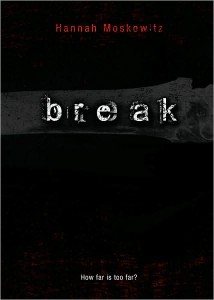 About a boy on a mission to break every bone in his body, Moskowitz’s novel is heartbreaking in a strangely approachable way. It explores beautifully the relationship between brothers and, to a lesser extent, the effects of a loveless marriage. I was sobbing by the end of this baby and, while definitely not for everyone, is something everyone can relate to. 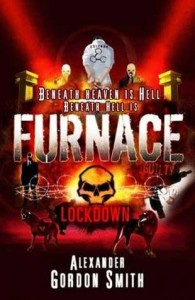 Jesus, this ones scary. About literally the world’s worst prison, a young boy finds himself framed for a murder he did not commit and trapped thousands of feet under ground with no way of escape. Warning: do not read while eating–your food WILL get cold.

The Monstrumologist by Rick Yancey 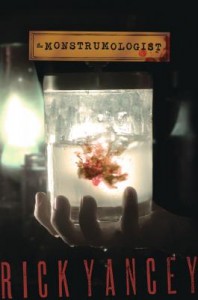 One of the most frightening novels I’ve read in a long time, and a YA at that. Kind of pseudo-gothic and tragically over looked due to, I’m assuming, the lack of mopey teenage vampires.

Actually thanks to Thea’s review, Angry Robot is quickly becoming one of my favorite publications with deliciously disturbing releases such as this…I mean, look at the cover.

Dexter by Design by Jeff Lindsey 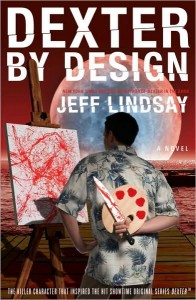 Ah, Dexter. Do you ever disappoint?

For those who don’t know, Dexter is the serial-killer-with-a-heart-of-gold who currently has his own show on Showtime. He is also a book series that makes my heart cry tears of joy. By now, the books have obviously deterred from the TV series, but they are both nonetheless made of win and should therefore be picked up for some good macabre fun. I was actually going to have a Dexter week on my blog in celebration of Design’s release, but then life happened and I had to push it back so far I forgot where I put it. Maybe one day…

The Ask and the Answer by Patrick Ness 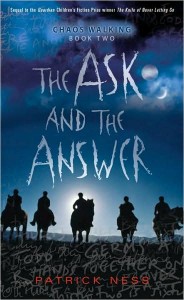 Book Two in the Chaos Walking series, anything I can tell you about it would be a major spoiler. Basically, it’s post-apocalyptic and awesome. Patrick Ness has a true gift for storytelling that only comes along once in a while…definitely a must-read and one of the best of the year.

The Forest of Hands and Teeth by Carrie Ryan 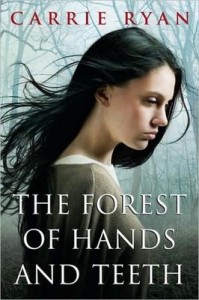 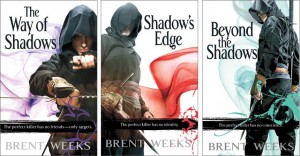 Not new, but new to me. Addicting in that very odd way where you don’t realize it’s addicting until you put it down and feel the emptiness of where it was nudged in your hand. The conversational tone and cynical protagonist is just so much fun to follow.

Along for the Ride by Sarah Desson

I feel dirty putting this on the list. I am so not a teen romance type of person, but for some reason someone in The Family thought it appropriate to buy me an entire prize pack of Desson novels for my birthday. After several hours of negotiating with a sales clerk to exchange it for a magazine or something, I relented. I am so glad I did. Possibly one of the sweetest, most touching YA I’ve ever read, my faith has been restored in the Cheesy Cover. Perfect for everyone, YA or not.

The Virgin Suicides by Jeffrey Eugenides

New-to-me and about five sisters who all off themselves within the course of a year, The Virgin Suicides follows the quest several unnamed protagonist take to discover the cause of one of their most alluring childhood mysteries. While I’m not usually a literary kind of reader, I was undeniably attracted to the dark subject matter (emo? Perhaps) and The Virgin Suicides did not disappoint. I’m even considering lifting my Kirsten Dunst ban to watch the movie.

Ballads of Suburbia by Stephanie Kuehnert 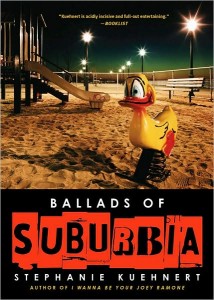 “If you made a book of what really happened, it’d be a really upsetting book”

As a teenager, I am obligated to my occasional “nobody understands” temper tantrums. The beauty of Ballads is that Kuehnert puts down into legible print every feeling of frustration and isolation I’ve ever had, put to the best soundtrack I’ve ever heard. One of the few authors I would say “gets” it, and I definitely look forward to anything she has in store. 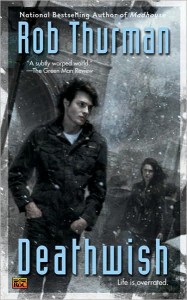 Cal Leandros, I lurve you. I am equally smitten with your creator for simply bringing you into existence. Continues Cal’s adventures as he battles his half-monster heritage and other assorted angsty subjects, this series continues to be one of the most well-written UF’s I’ve ever read. While it obviously has it’s flaws, Cal’s biting narrative and dare-I-say wacky friends will grab you by the throat (and not in a bad way) and never let go. 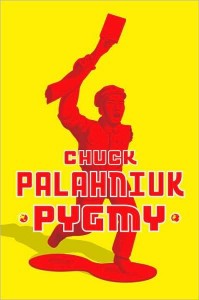 While he has dropped significantly in popularity since Choke, Chuck Palnihuk has once again released a gem of WTFery that only a guy who turned soap intimidating could produce. 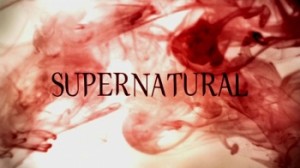 I am done with your ridiculous doomsday obsession. I am done with your “witty” satires on the very fans that made you half-way relevant. I am tired of your WTF plots and inability to actually seem like you give a shit. I am sick to my stomach with not your jumping of the shark, but taking a soaring leap over the shark and proceeding to punch it in the face. I am hurt, and I am saddened. This relationship has brought me nothing but grief and heart-ache. I feel like my IQ has gone down just for sticking with you as long as I have. I have given more then you have even thought of giving me. I am tired of you face-raping my beloved Jenson Ackles with Paris Hilton’s big nose and I am so goddamn done with your stupidass oneliners. You hear me? Done. Finished. Over. You can leave your keys on the counter.

Under the Dome by Stephen King: 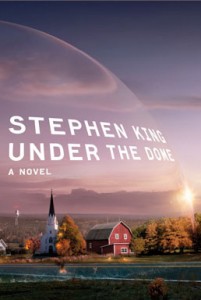 Oh, I had so wanted to love this book. I had shelled out the 35 dollars out of my measly 120 dollar per-week pay check, I had lugged it with me to school and back again, I had shoved it forcefully into my backpack and sacrificed countless hours better spent on homework or socializing reading it…and I’m greeted with this mess? Really, Steve?

Please, friends, don’t be another causality of Irrational Pricing. If your so terribly obsessed with Mr. King, just go to the library. 35 dollars is not an appropriate price range for this mess.

I’m really not one to anticipate over books unless they’re actually available (less I loose my mind) but this is definitely at the fore-front of my 2010 shopping list:

Self Promotion At It’s Finest:

A friend and I started something of a project: see if we can get ONE journal to as many people, places and countries as possible. We called it the Big Fat Nerd Journal, and are looking for some more participants. You can sign up at http://bigfatnerdjournaltour.blogspot.com, or just click the button:

As far as pop-culture has gone, it’s been a pretty shiteous year. More movies have disappointed then blown minds, Jon and Kate have been considered real celebrities, people such as the guy from Renegade have been awarded television shows, and the standard for entertainment has been dropped so low it has fallen off satellite radar and scientist believe it to have melted somewhere in the Earth’s core. But at least we can say goodbye to those horrible 2000 glasses.

Happy Holidays to you too, Danielle!

Next on Smugglivus: Kristen of Fantasy Cafe