UK – It has been reported that a (beautiful, dashing, intelligent) woman in her 30s 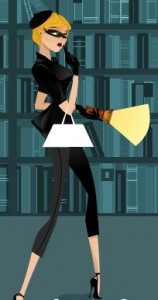 has been caught by her partner trying to smuggle a bag containing 18 books recently bought at Amazon.co.uk into her library. Once confronted by said partner, the woman’s reply was simply:

“These are OLD books dear,”

which prompted the man to come forth and acknowledge that he had been growing increasingly suspicious of the comings and goings of the woman. Feeling the pressure, the woman broke down and apparently yelled that

“BUT THE TBR PILE IS DEPLETED and I NEEDED to buy PRIDE and PREJUDICE and Zombies. It’s Jane Austen, with ZOMBIES!!”

At this point in the time, the partner is still unsure as to the meaning of “TBR” or how could a word like “depleted” could apply to a room full of books. The whole neighbourhood is speculating wildly about who could possibly link Pride and Prejudice to Zombies and how that isn’t a crime against literature. The man has decided to stage an intervention under the excuse that buying over 18 books per week is a “problem” and has locked the woman’s library until further notice. It is unknown how the woman has reacted to this but neighbours have reported how a figure has tried to get into the house via den window only to be stopped by the man. There were also reports of “heartbreaking cries and wails” coming from the house.

A Land Far, Far Away: it has been reported that a (beautiful, dashing, intelligent) woman in her 20s

has been confronted by her family in a scandal that shocked the small town. The woman, who hadn’t visited her parents in over 4 years, has spent the entire visit READING. Reported numbers of her book tally vary from 10 to 15 books in a measly 10 days, and it has been said by the locals that the woman prefers to stay home reading instead of going to the beach to enjoy water or eating ice cream cones. The family and locals have staged an intervention and removed all the books from the vicinity. The search in the premises revealed that woman had smuggled no less than 25 books in her suitcase, about 10 in her handbag and has managed to buy another 6 from the local shop. It is now known that the real reason why the woman hasn’t gone to the beach is, according to sources: “It was either the bikini or another apocalyptic novel.” Reports say that the young woman remains lying in her bed in a catatonic state ever since the books have been removed from her side.

It is not known if the two incidents are related but the internet community wonders: could this be the end of the infamous duo known as The Book Smugglers? 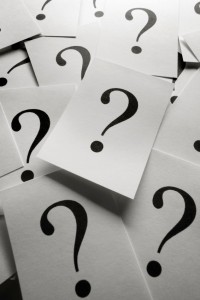 2014 Hugo Awards Finalists Announced (We Are One Of Them!)

Crossing A Line: Is Banning Books Ever OK?