Bubbles and Blossom team up again after the last two (failed) attempts to read something that we both enjoy. (Buttercup is still MIA, last time we heard from her, she seemed to have ditched Batman in order to camp outside the studio where the upcoming Wolverine movie is being filmed in order to take a peek at the actor playing Gambit. ). You know the drill: Bubbles reviews it here, Blossom at her place.

So, the question is: Is the third time the charm?

The answer is: HELL YES! 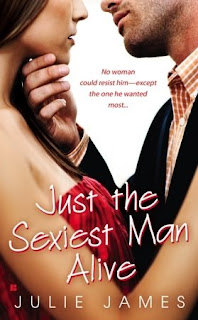 Summary: COOL. CALM. COLLECTED.
Nothing fazes Taylor Donovan. In the courtroom she never lets the opposition see her sweat. In her personal life, she never lets any man rattle her–not even her cheating ex-fiancé. So when she’s assigned to coach People’s “Sexiest Man Alive” for his role in his next big legal thriller, she refuses to fall for the Hollywood heartthrob’s charms. Even if he is the Jason Andrews.
CONFIDENT. FAMOUS. IRRESISTIBLE.
Jason Andrews is used to having women fall at his feet. When Taylor Donovan gives him the cold shoulder, he’s thrown for a loop. She’s unlike any other woman he’s ever met: uninterested in the limelight, seemingly immune to his advances, and shockingly capable of saying no to him. She’s the perfect challenge. And the more she rejects him, the more he begins to realize that she may just be his perfect match. . .

Why did I read the Book: good reviews all over the internets and Blossom was all excited about it!

Jason Andrews has been the greatest Hollywood actor for the past decade or so – gorgeous, filthy rich, recently elected People Magazine’s Sexiest Man Alive, twice Oscar nominated – and truly dedicated to his art. So much so that for his next role as a layer in an upcoming movie, he decides to get some training from a real lawyer. Enter Taylor Donovan – top shot lawyer in a top shot firm in Chicago, temporarily allocated to the LA branch to work on a Sexual harassment case (her specialty). Taylor is extremely dedicated to her work, and is gunning for partnership. She is not very happy when one of the partners informs that she needs to take some time off working on her case to tutor a spoiled Hollywood star, especially after he just doesn’t show up at the meeting they had set. She is even more furious when he blows off the second appointment without so much as a phone call to go to Vegas for a weekend with his best mate – a fact she learns by watching a TV spot about the actor and annoys her to no end.

So when he walks into the courtroom, actually, make it he waltz into the courtroom, in the middle of a case fully expecting her to be excited about him showing up, to be at his beck and call, because frankly this what he is used to, he is dismayed to learn that Taylor? NOT HAPPY at all, and there is no amount of charm or a disarming smile to make her fall at his knees. In a most delightful first encounter, Taylor leaves THE Jason Andrews speechless as she walks out on him. Leaving him wanting more of that spark – and oh, the sparks, they fly at every single encounter, at every single time she renders him over and over again, speechless, dismayed, awestruck. And determined to win her attention , later he affection and ultimately, her love, when it becomes clear to him that she is The One Woman for him.

Truth be told, to start with, I wasn’t keen on Jason at all – he was a spoiled brat (even if he was nearly 40 years old) , a jerk that behaves quite poorly about his paramours (and there were a lot of them) , and who thinks himself the center of the universe. Part of me can see how being pursued, idolised, loved by men and women alike can help with alienating a person from the real world but a man, a real man can be all that and still be a gentlemen about his lovers. Which he wasn’t. Point in case, the story of how he just walked out of his lover and left her behind in London without so much as a ciao because he was bored.

If the hero was a jerk, what made this book a delightful read for me? The sparkling dialogue that reminded me of old Hollywood movies with Katherine Hepburn or Cary Grant – and I LOVE those movies! 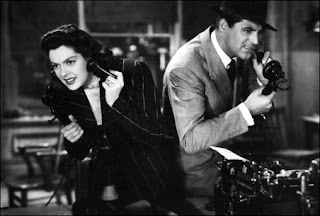 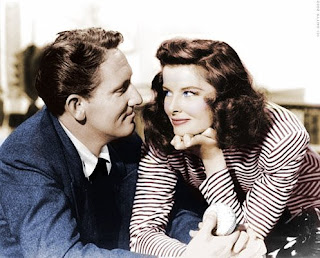 And of course, Taylor. A woman with her feet set firmly on the ground who of course, fully appreciated how gorgeous and attractive Jason was but who was not a ninny of a woman falling at his feet. A veritable force of nature, someone who truly loved what she did for a living and took pride on being good at it. Taylor and Jason stood on equal footing to each other and that was great to read about.

Plus, one must give props to Taylor – the woman lasted a long time. If, let’s say Gerard Butler called, asking me to give him tips on how to become a book smuggler and then decided to ask me on a date because he is overcome with lust over my looks and my wit (what? It can happen!), I wouldn’t last one hour. Hell, I wouldn’t last one minute(Yeah, I know I have a Dear Partner but Gerard Butler is on The List, so I am allowed, okay?) . I would say “yes” faster than the speed of light.

And in the interest of writing a honest review – even if I found the hero a jerk, I still found myself almost against my will, my better judgement, finding the man utterly adorable and awwwwwing as he started to show signs of falling in love with Taylor and doing everything he could to win her. His interactions with his best friend Jeremy were great too – Jeremy was a regular guy who was his one and only anchor to the “real” world and the only person other than Taylor to be honest with him and call on him when he did something stupid- which he did, over and over again.

But by the end of the book, after passage after passage where I was rolling on the floor with laughter (imagine you are sitting in your best friend’s living room and in walks Brad Pitt, what would you do?) I was rooting for them to get together and the grand finale was reminiscent of that awesome Notting Hill finale – impossible not to have a huge smile on your face when it came to it. Just the Sexiest Man Alive would make a great chick flick and I would be sitting right there, front row to watch it .

So what if there is a jealous, maniacal rival Hollywood actor trying to destroy their budding relationship ? So what if I don’t actually think this love story will ever work? To say that I don’t believe the hero can redeem himself in this book is akin to say that I don’t believe that a reformed rake makes the best husband and where would that leave me? NOT reading 99% of the historical romance novels I love so. To say that you shouldn’t read this book because I don’t believe Taylor and Jason will be happily forever after is to say that Cinderella, who spent her life in the kitchen will never make a good queen or that Julia Roberts and Richard Gere will never be happy together in Pretty Woman . In the end, if you approach Just the Sexiest Man Alive as a fairytale, as a light, dreamy, funny make- believe story, you will sure find a few hours of good unmitigated fun.

Now, go get the book and read it. I shall remain here, waiting patiently for that phone call from Gerard Butler. Any time now.

Notable Quotes/ Parts: The part where Taylor is with her two best friends at her house and she is about to tell them that she is acquainted with Jason Andrews when he just bursts into her house ranting about the poster for his new movie. The two friends’ reaction and ensuing scenes where they all go around enjoying Los Angeles’ nightlife by visiting its hot spots were great fun. And it ends with a great scene where Taylor and Jason are bickering with each other like and old couple and their friends are watching it and finding it riveting:

“But this is better than Grey’s Anatomy”

Additional Thoughts: Stacy has an interview with Julia James on her blog today. Go check it out! There will be a giveaway as well. Here

Reading Next: To Sin with a Stranger by Kathryn Caskie

Over at Kirkus: River of Teeth

Decoding the Newbery: Color and Lies – Lois Lowry’s The Giver