Saying adieu to week 2 nearly breaks our hearts but we have so much to look forward to with week 3 so here is the line up:

Monday – Lisa Shearin: writer of a fantasy adventure series featuring her heroine Raine Benares. Her first two books are Magic Lost, Trouble Found and Armed and Magical. The third book, The Trouble with Demons comes out in April and Lisa’s contribution to the Smugglivus celebration is an exclusive snippet of the upcoming book. On top of that, Lisa will be offering signed copies of her books and much more. More details on the day.

Tuesday – Victoria Dahl: writer of historical romance who will have her first contemporary novel published in 2009. Victoria will be talking about her fave reads of 2008 and the heartbreaking experience she had with…Burger King’s Apple Fries.

Wednesday – Kim Lenox: writer of paranormal romance who debuted in 2008 with her Shadow Guard series. Kim will be talking about the books she loved in 2008.

Thursday – Stephen Hunt: writer of fantasy books. Stephen is a new-to-us author and we well be reviewing on the same day The Court of the Air, his Steampunk novel. His post will also list his favourite reads of the year.

Friday – Linnea Sinclair: writer of sci-fi romance. Linnea will be talking about the day that Admiral Philip Guthrie walked into her office and asked for a book of his own which turned out to be…Hope’s Folly, the third book in the Gabriel’s Ghost universe. Linnea will also be offering a whole bunch of really cool stuff – mugs, t-shirt, calendar, you name it, it will be given away. More details to follow. Oh on that same day? We will be posting our review of Hope’s Folly – our first 2009 read!

And on Saturday we will have our final Flash Giveaway! (You can still enter this weekend’s giveaway)

What is that they say again? Ah, we remember now: 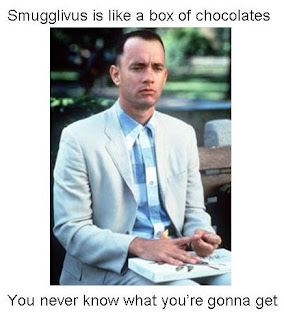