Day 24 (2 days to Smugglivus and counting)

We are getting to the end of our Countdown to Smugglivus and our last countdown guest is Erin Galloway, Manager of Marketing for Dorchester Publishing with what we can expect from the publisher in 2009 and a very generous giveaway that will run until Dec 31st! Ladies and gentlemen, Erin Galloway:

2009 is poised to be another great year of books! With the U.S. economy in its current state, it may be difficult to get in the spirit this holiday season, but it’s important that we all allow ourselves a few moments to appreciate what we do have and to look forward with hope. I have always found that the best way to escape life’s more difficult realities is to read a good book, particularly a romance. After all, doesn’t the day just seem better when you finish a story with a happy ever after ending?

Thankfully, there will be lots of happy ever after endings coming from Dorchester in 2009. Below are some upcoming books that you can look forward to escaping with.

There are a couple of trends we have noticed in 2009, in particular Contemporary Romance.

As a genre Contemporary Romance is still going strong, but we have noticed that readers often appreciate a little something extra in their contemporary romances. This is why we have mystery romances. A contemporary setting, clever whodunit and a romance are a winning combination.

• January – Mayhem in High Heels by Gemma Halliday. It’s official, Maddie Springer is getting married! Maddie knew planning her wedding wouldn’t be easy, but with a killer on the loose, “’til death do you part” might come a lot sooner than she thinks!

• February – Trouble in Mudbug by Jana DeLeon. Sassy southern author Jana DeLeon returns with another rollicking, mysterious tale from the Louisiana bayou. Her new mystery romance series begins with Maryse Robicheaux being haunted by the wise-cracking ghost of her mother-in-law. Throw in a sexy half-Creole investigator ready to seduce her and a killer on the loose and Maryse is certainly feeling the heat on the Louisiana bayou. The next book in the series, Mischief in Mudbug will be out in October.

• June – Gotcha by Christie Craig. Another fun and sexy novel from Christie Craig. Pizza delivery girl Macy Tucker knows she cannot depend on a man and that’s why dating is off the menu. But when crazy circumstances force her to work with detective Jake Baldwin, Macy wonders if she shouldn’t expand the menu selection…to include one sexy detective.

• July – I Shot You, Babe by Leslie Langtry. Witty author Langtry returns to her family of persnickety assassins. Perennial grad student Veronica Gale gets more than she bargained for when her latest dissertation project puts her in the path of philosopher/assassin/carnival-ride operator Coney Bombay—and an unsolved murder that might just kill her, too.

• November – Scandal Sheet by Gemma Halliday. Gemma Halliday returns with an all new series, Hollywood Headlines, featuring none other than series favorite, tabloid reporter Felix Dunn. Felix has just been promoted to managing editor and he’s got his work cut out for him keeping the magazine running smoothly while keeping his staff in line.

Here are some special books to look out for:

Stolen Fury by Elisabeth Naughton
• Romantic Suspense
• Romancing the Stone meets The DaVinci Code meets the sexual tension of a Sandra Brown novel. Archaeologist Dr. Lisa Maxwell is looking for three ancient Greek artifacts called the Furies, and Rafe Sullivan is a thief who tried to seduce her to get the Furies for himself. Together, the two will risk their lives to solve a mystery that has haunted them both for years.

Tempting Fate by Alissa Johnson
• Regency Romance
• Alissa Johnson returns with the charming Regency romance of two characters readers met in Johnson’s debut As Luck Would Have It. They’ve teased each other mercilessly since childhood, but Whittaker Cole, Earl of Thurston, and Miss Mirabelle Browning are about to discover that trading kisses is much more enjoyable than trading barbs.

The Magic Knot by Helen Scott Taylor
• Paranormal Romance
• Debut novelist and American Title IV contest winner Helen Scott Taylor writes the tale of a young accountant looking for her roots in mystical Cornwall. Throw in a magic set of Tarot cards and a bad boy on a motorcycle, and you get a lovers’ knot that won’t ever come undone. 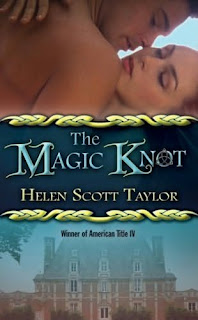 Someone Like You by Leigh Greenwood
• Western Historical Romance
• Leigh Greenwood returns with another Night Riders tale! When Rafe Jerry finds the woman he loves in bed with his own father, he leaves home, swearing never to return. But the terms of his father’s will force him back to deal with the family ranch, the widow who betrayed him and a new love who can free him from the hurts of the past.

Vexing the Viscount by Emily Bryan
• Historical Romance
• Emily Bryan returns with another sexy romp of a novel. An impoverished viscount hoping to excavate a lost Roman treasure at his family estate enlists the help of an innocent miss he believes to be a French courtesan in exchange for lessons of love.

The Lady & The Libertine by Bonnie Vanak
• Historical Romance
• A young Englishwoman discovers that her necklace is the key to a fabulous Egyptian treasure, and the dissipated earl who seeks it is after her as well.

Dragonbound by Jade Lee
• Fantasy Romance
• Jade Lee takes readers back to the fascinating world she created in Dragonborn. Three kingdoms vie to understand and control the power of dragons, but only a clever beauty and a dethroned king are truly possessed of it—and by it. 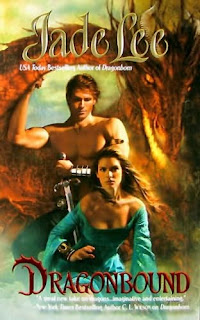 Eternal Craving by Nina Bangs
• Paranormal Romance
• Nina Bangs continues her dark, sexy and thrillingly original Gods of the Night paranormal series. The City of Brotherly Love has never been so dangerous as The Eleven battle to save humankind and Jenna Maloy battles save the soul of an ancient hunter.

The Madness of Lord Ian MacKenzie by Jennifer Ashley
• Historical Romance
• Jennifer Ashley kicks off a sexy, brand new historical series. Everyone says Lord Ian McKenzie is crazy—and possibly a murderer—but a young widow longing for passion is determined to bare the truth about the dashing and darkly charming Scotsman.

The Dangerous Book For Demon Slayers by Angie Fox
• Paranormal Romance
• This is the sequel to the runaway hit debut novel The Accidental Demon Slayer, which rocketed onto the New York Times best-seller list in August 2008. Fox
returns with another thrilling paranormal adventure. Lizzie Brown and her grandma’s coven of biker witches have rolled into Sin City to take out a super-sexy succubus who has her eye on world domination—and worse, Lizzie’s man. 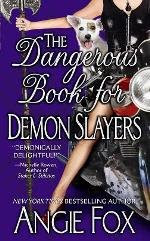 A Little Light Magic by Joy Nash
• Contemporary Romance
• In a departure from her Celtic historicals and Immortals novels, Joy Nash writes a sweet, heartwarming contemporary with a bit of magic. Is it magic or not when a lonely young woman performs a summoning spell and in walks a handsome, eligible male who can also handle the renovations to her New Age shop before the tourist season begins? Either way, this will be a summer to remember.

Ice by Stephanie Rowe
• Romantic Suspense
• Best-selling paranormal romance author Stephanie Rowe heats up the Alaskan wilderness with this thrilling suspense novel. Risk-averse sophisticate Kaylie Fletcher and Alaskan bush pilot Cort McClaine find themselves the quarry in an adrenaline-packed cat-and-mouse game across dangerous, untamed wilds where women are scarce, men are tougher than the terrain trying to kill them, and no one walks away unscathed.

The Fire King by Marjorie M. Liu
• Paranormal Romance
• The next chapter in the best-selling Dirk & Steel series. The world has yet to learn the power of the tortured Chimera shape-shifter prince–and the scarred yet brilliant Soria has yet to know his love 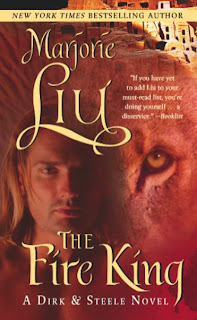 Sliding Home by Kate Angell
• Contemporary Romance
• The story of baseball’s bad boy Kason Rhodes. This is sure to be another home-run hit from the queen of baseball romance, Kate Angell.

For the readers who have cried out for more of the Tairen Soul series by C. L. Wilson, have no fear. 2009 will see the release of Queen of Song and Souls, the breathtaking conclusion to the story of King Rain Tairen Soul and Ellysetta Baristani and their quest to save the tairen and the Fading Lands. Trust us; it will be worth the wait! 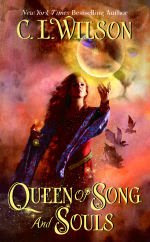 Thank you very much to the Book Smugglers for inviting me to share some of the exciting books we will be publishing in 2009. I wish you all of you a very happy holiday season, a safe, healthy and happy new year and, of course, happy reading.

And now for the very generous giveaway Dorchester is offering: one lucky winner will get all of the books below! All you have to do is leave a comment on this post by Dec 31st Midnight Pacific Time. Contest is open to US and Canada only.

The Friday Society: A Chat with Adrienne Kress (& ARC Giveaway)