Tomorrow, we publish the second story in our new season of short stories – Gods and Monsters. The Waters and Wild of Winter Street by Jessi Cole Jackson whose inspirations and influences the author is here today to talk about. 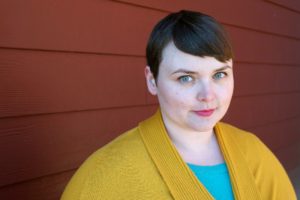 The Waters and Wild of Winter Street is a story about family, sisterhood and the bonds that bring people together.

The Waters and Wild of Winter Street began with a dream and a pregnancy–neither of which were my own.

Five years ago our best friends were pregnant with their first child and my husband had a dream. In his dream, they’d had their child and we’d adopted our first placement through fostercare, and we’d all gotten together for a weekend away. Only once the babies were together did he realize that something was a bit off. Even though they should have been the same age, our new baby was larger, and stronger, and much, much meaner than our friends’ darling.

In the real world, he woke up laughing. After scolding me for the one millionth time for not having actually read Lord of the Rings[1. To be fair, I deserved this scolding. There might have been a bargain made where I would read LotR if he read Harry Potter. One of us upheld their side of the deal. But the other tried! Three times! Bombadil, man, Bombadil.], he explained. Uruk-hai were bad guys, bred for war, and they had something to do which orcs, which were made by twisting elves? I guess? (Take away my nerd card, I still haven’t read the blasted books.)

But I caught one thing in his lengthy explanation: elves.

As a fan of Holly Black, W.B. Yeats “The Stolen Child,” Charles Vess’s artwork, and the complex morality of fae in general, I loved the idea of adopting a child that was more than what they seemed. I wrote down the idea to come back to another day.

Enter, a writing contest on Codex Writer’s Forum [2. Seriously, Codexians are FIERCE. They’ve won Hugos and Nebulas and all sorts of crazy awards. And some of them have just started writing and publishing, but write like they were born with quill in hand. If I’m gonna lose, I might as well do it big]. I signed up immediately, not because I ever win any of their writing contest or the bragging rights attached to the win, but because as someone who spends most of her time on novels, it’s always nice to have an excuse to step away and write something short. Also, I like a little competition. Who doesn’t like to lose to brilliance?2

In this particular contest, fellow writer Gary Henderson sent me a story seed: “A new god has arisen. What does this god control, and why are so many people eagerly joining the ranks of its followers?” Which reminded me a bit of the uruk-hai baby dream that’d been sitting in my idea folder for two years.

I mulled and drafted and experimented and rewrote. I’d recently read Nalo Hopkinson’s brilliant YA novel, The Chaos, and was particularly drawn to the idea of transformation, so I played with that. I also played with using a new (to me) omniscient point-of-view. I wanted to try humor, so I attempted that as well. It was a mess, but I kept moving forward. I revised and revised and revised. Eventually, I found the bones of the story.

There was only one part that has never changed. The heart of the story came with the very first premise, the initial dream:

“We didn’t sign up for parenthood so we could be loved,” Geoffrey says near the end of the story, “we signed up because we had love to give.”

At its core, The Waters and Wild of Winter Street is a story about choosing and building and growing a family. It’s a love story, of sorts. And I hope you like it.

The Waters and Wild of Winter Street will be published officially on June 27, 2017. You can purchase the DRM-free ebook (EPUB, MOBI) that contains the story as well as an essay from the author available for purchase on all major ebook retail sites and directly from us.

Add the book on Goodreads, and read The Waters and Wild of Winter Street for free next Tuesday, June 27, 2017.

A Digression About Storytelling, Narratives, and Diversity by BÁRBARA MORAIS

Women Who Lust by Sarah Kuhn