In which we participate in the #100dayproject with a Book Smuggler twist.

Hello, everyone! Over the past year or two, you may have heard of something called The 100 Days Project, spearheaded by Elle Luna–a 100-day-long movement during which makers, writers, and creators pledge to commit to process and do a task for (you guessed it) 100 days.

This year, we decided to pitch in and try our hand at it, by celebrating #100DaysofBookSmuggling. Our task is simple:

We will go through our shelves (physical and virtual!) and select a different book that we have read, loved, and reviewed on The Book Smugglers. We’ll share that book on instagram and on tumblr, and will post links to our original reviews plus a less than 100 word summary (!!!) here in a running list. And we’ll do it every day. (That’s right. Every. Day.)

We invite everyone else to join in the project–either let us know what books you’d like to see featured, or pick your own for the 100 Days Project and tag us! We are excited to share each of these old favorites with you. 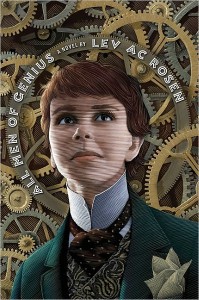 A steampunk-y, Victorian reimagining of Shakespeare’s The Twelfth Night and Oscar Wilde’s The Importance of Being Earnest, Lev AC Rosen’s debut novel is charming, hilarious, and surprisingly deep. The homage the novel plays to both hugely important plays is perfectly executed–and the steampunk elements are also right on-point. Need we say anything else?

Day 3: The Bees by Laline Paull 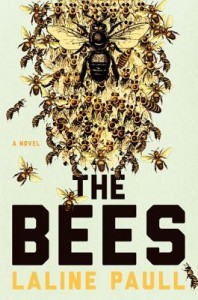 Flora 717 is born a large, hairy sanitation bee–the lowest of the low in the sacred hierarchy of the Hive. However, Flora is no ordinary bee; for she does the impossible. She breeds. Desperate to serve the Queen Mother but torn because of the love she feels for her own hatchlings, Flora begins to question the blind truths of her family, of her hive, and their religion. And nothing will ever be the same again. An utterly unique and memorable book, told from the perspective of honeybees within a failing hive, The Bees was one of my favorite reads of 2014. 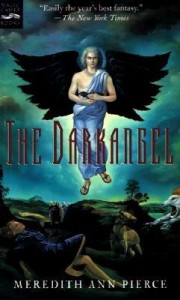 Published in 1982, The Darkangel is the story of Aeriel, a handmaiden who embarks on a quest to save her friend and mistress from the clutches of the eponymous Darkangel. A vampire-like creature who collects women’s souls, the Darkangel is dangerously near ascension to power as a full icarii. Part scifi, part dark fantasy, this novel is not what you expect it to be–and for that reason we love it (and the two other books in the series).

Day 1: The Boneshaker by Kate Milford 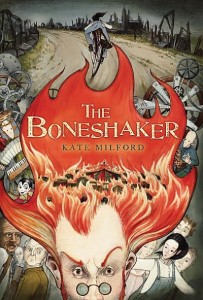 Reminiscent of American Gods & Something Wicked This Way Comes, The Boneshaker is a middle grade novel about a young girl (in possession of a very special bicycle), who is at a literal crossroads and must save her town from insidious evil. And very scary puppets/automata.