Today, are delighted to host AC Wise, author of the collection The Ultra Fabulous Glitter Squadron Saves the World Again, which was published by Lethe Press in October 2015. 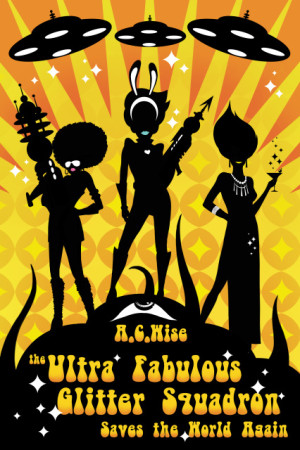 I remember the first time I heard someone describe themselves as a feminist. It was seventh grade, at an all girls school, and one of my classmates told me, “I don’t like pink, because I’m a feminist.” I don’t remember if she proceeded to explain feminism, or whether I picked up a definition elsewhere. Somewhere along the way I figured out the basic gist – feminism is about equality for women. I thought – heck, I believe in that, I must be a feminist! Oh, I guess that means I have to hate pink now, too.

I spent years studiously avoiding the color in my wardrobe. I never thought to question the connection between believing in equality and rejecting a color. It made its own weird kind of sense at the time. Blue is for boys and pink is for girls, and if I reject pink that means I’m sticking it to the system. Hooray feminism!

Here’s a little secret about gender, which isn’t really a secret at all – it’s so much wider and more wonderful than those restrictive and ridiculous little tick boxes on forms would have you believe.

There’s a notion persisting even today that there’s a right and a wrong way to perform gender. It’s a notion that has less traction than it used to, but take a stroll down any toy aisle and you’ll see it’s far from dead. Blue is still for boys and pink is still for girls. Trucks and superheroes and play workbenches are manly. Princesses and beauty shops and play kitchens prepare girls to be women. Boys are encouraged to be active, save the world, and make things. Girls are encouraged to stay home, look pretty, and care for others.

As a woman, as a feminist, this is irksome. It’s restrictive. It makes assumptions. It says that some toy marketing executive somewhere who has never met me knows my tastes better than I do.

The thing is, I don’t hate pink. It’s a perfectly fine color. I have nothing against it. Having nothing against it, however, is different from wanting it thrown in my face at every single turn. Pink plastic razor blades. Pink earplugs for sleeping. Sports jerseys with your team’s colors inexplicably in shades of pale rose, blush, and neon.

I never signed up to have pink define my gender, either through embracing it or rejecting it. There’s a whole damn rainbow out there to choose from, and a whole panoply of gender expressions. Feminism, the feminism I embrace today, means there’s room for all of them.

My definition and understanding of what it means to be a feminist no longer includes rejecting one mode of femininity for another. If a girl wants to wear pink, super. If a boy wants to wear pink, that’s super, too! I want options. I want boys to know it’s okay to play with baking sets and dolls. I want girls knowing construction toys and chemistry sets are for them, too. I want pretty, sparkly princesses of every gender kicking ass and saving the world and looking fabulous while doing it. I want more representation across every kind of media of the whole spectrum of gender identities.

Children (and adults) of every gender should be able to see themselves reflected in the world around them, and understand that there’s no one ‘right’ way to be male, female, non-binary, or gender fluid. I want to do away with the notion of ‘gender traitors’, or the idea that everything must be on/off, yes/no, 1/0. Wearing make-up doesn’t mean you’re submitting to the patriarchy, just as not wearing make-up doesn’t mean you’re sticking it to the man. Sometimes, a tube of lipstick is just a tube of lipstick. It’s an option, not an object imbued with so much deep meaning that your stance for or against it defines the entirety of your being.

Feminism is about choice. It’s about equality. It’s not about shedding the traditional trappings of femininity to prove you’re the right kind of woman. More like one of the boys, and thus deserving of equality. Equality should be a given, not something earned by acting a certain way.

One of the things I set out to do with my collection, The Ultra Fabulous Glitter Squadron Saves the Day, is show a variety of trans women and cis women each being strong in their own way. Sometimes that means velvet tails, a top hat, and bound breasts; sometimes it means sequins, gloriously painted nails, and high heels. Roller skates, chunky boots, bare feet, and stilettos are all valid footwear for saving the world.

I’ve come a long way since my first clumsy understanding of feminism. It doesn’t mean rejecting parts of who you are in order to fit in with a party line. It does mean pushing back against the world when it tries to put you into a restrictive box based on sex, gender, race, religion, sexuality, or any other of the myriad facets of your identity.

I don’t avoid pink anymore. There’s a whole rainbow out there, and it is fabulous. 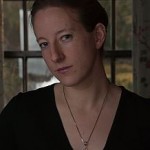 A.C. Wise was born and raised in Montreal, and currently lives in the Philadelphia area. Her short fiction has appeared in publications such as Clarkesworld, Apex, Shimmer, and the Year’s Best Dark Fantasy and Horror 2015, among other. Her debut collection, The Ultra Fabulous Glitter Squadron Saves the World Again, was published by Lethe Press in late 2015. In addition to her fiction, she co-edits Unlikely Story, and writes a monthly Women to Read: Where to Start column at SF Signal.

Other places she can be found online are acwise.livejournal.com, on twitter as ac_wise, and on Google+ as A.C. Wise.

SFF in Conversation: Shaun Duke and The World SF Tour