Who: Jared Shurin, of Pornokitsch, an award-nominated blog focused on geek culture. Jared co-founded The Kitschies, the annual award for intelligent, progressive and entertaining fiction containing speculative or fantastic elements. In addition (phew) he is the main editor (and publisher) at Jurassic London. 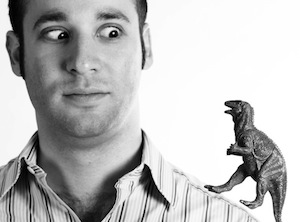 2015 was another great year for mucking about with books. Everyone’s in search of the perfect digital formula or the perfect physical object, and publishers and authors are trying out more ways of storytelling than ever before. This experimentation is great for readers, but tough on other institutions – and as a result, we’ve got some great books that may prove head-scratchers for awards.

Here are five absolutely terrific 2015 titles that may tie literary awards in knots. Whether or not they break they system, they’re all some of the year’s best, and absolutely worth checking out! 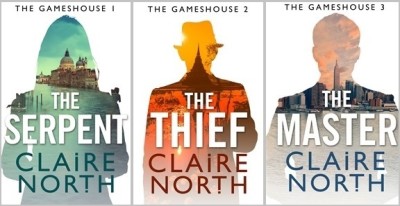 The Gameshouse is a trilogy of interconnected novellas (novelettes?), digitally published and, as yet, uncollected. The novelettes move through time (and do very clever things with voice and tense), as competitors in a ‘great game’ play for prizes both very tangible and extremely abstract. A bit Iain Banks, a bit Tim Powers and wholly Claire North. With this and Touch, North may have written two of the best SF novels of the year. (Hell, include The First Fifteen Lives of Harry August, and North’s accomplished one of the best two sprees in SF history.) But The Gameshouse’s unique format may make it the one that somehow goes unnoticed. 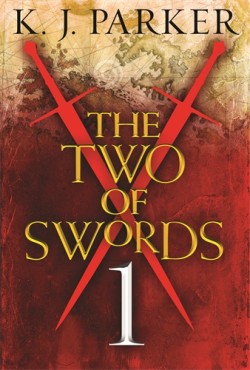 …but at least The Gameshouse is complete. Parker’s serial is still ongoing, and despite being one of the most soaring and thoroughly epic fantasies of the year, it is virtually impossible to categorise. I suspect we may have to wait until it finishes, but in a way, that’s a shame – as a body of work, Two of Swords is already simply incredible. The serial jumps point of view with each instalment, and the characters have so far included everything from peasant to emperor, assassin to general. The result is both intricate and ceaselessly surprising, as each new perspective adds a layer of interpretation to all that has come before. 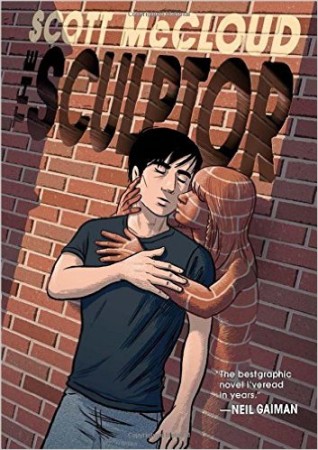 This graphic novel, the tale of a disgruntled artist and his deal with the devil, is a clear contender for the best year’s best fantasy. From a purely snarky standpoint, it is exactly the sort of artist/writer-as-special-snowflake narrative that literary awards adore. But, beyond that, The Sculptor is something special, a heart-wrenching narrative of love and self-doubt, wild ambition competing with the stark reality of the artist’s world. Without descending completely into hyperbole, The Sculptor succeeds where The Goldfinch came up short, in creating empathetic characters in the alien world of the contemporary art scene. Sadly, this is ‘only’ a comic.

Becky Chambers’ The Long Way to a Small, Angry Planet 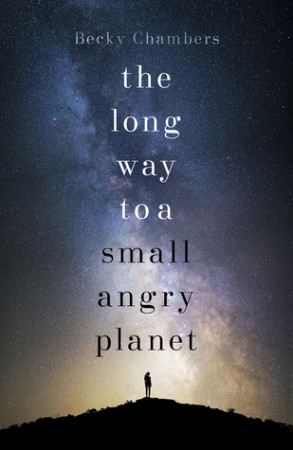 It lurked (and won The Kitschies) as a self-published work at the start of 2015, but as far as the ‘stablishment is concerned, this utterly glorious, brilliantly progressive and undeniably joyous space opera didn’t exist until the UK release in February and the US release soon after. It has been on multiple ‘Best Of’ lists (Waterstones, Guardian, Barnes & Noble), and hopefully that translates to even more well-deserved recognition. The awards scene is dominated by a) Americans and b) traditional publishing, so this book’s… er… long way… to market should hopefully pay off with further acclaim. 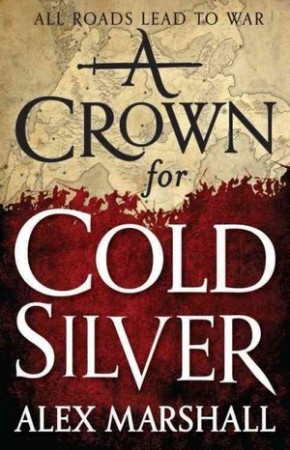 The previous four present technical challenges in terms of structure and format, but I think A Crown for Cold Silver presents more of a philosophical barrier. This is the post-Abercrombie (post-post-Martin?) epic fantasy; a novel that’s senselessly brutal, karmically random, and yet also laugh out loud funny. For added difficulty, it is impossible to tell if A Crown for Cold Silver is satire or entirely straight-laced. The mystery around the author is part of the challenge, as there’s absolutely no way to divine authorial intent. That’s just not how we roll in the little-c-conservative world of epic fantasy… and I’m just not sure that juries and voters are going to be happy having so much left to their own interpretation. At best they’re voting for a rather radical genre evolution; at worst, they’re caught supporting an elaborate and insidious crucifixion of the genre.

Still, no matter how you read it, this is a wonderfully involved, cheerfully disgusting fantasy with brutal combat, a deceptively simple magical system, and a host of terrific and compelling characters. Of all the genre titles I’ve read in 2015 – it is the one I keep thinking about the most, and that says a lot.