Who: Margrét Helgadóttir, author of The Stars Seem So Far Away (Thea loooooved it). 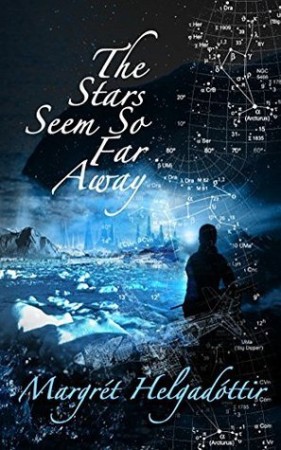 Margrét Helgadóttir is a Norwegian-Icelandic writer and editor living in Copenhagen. Margrét’s stories have appeared in a number of magazines and print anthologies such as In flight literary magazine, Gone Lawn, Luna Station Quarterly, Tales of Fox and Fae and Girl at the End of the World. Her debut book The Stars Seem So Far Away was published by award-winning Fox Spirit Books in 2015. Margret co-edited the anthologies European Monsters (2014) and African Monsters (2015). She is also the editor of Asian Monsters (Dec 2016) and Winter Tales (early 2016). Check out her website for more information or follow her on Twitter where she is @MaHelgad.

Please give it up for Margrét!

A few years ago I got very excited about the anthology AfroSF, edited by Zimbabwean Ivor Hartmann. 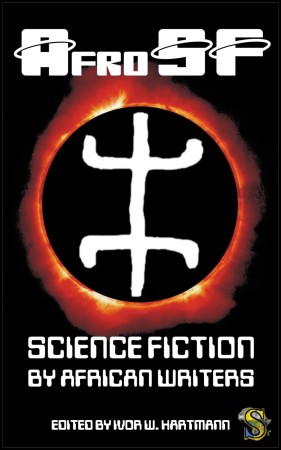 The optimism that I sensed in many of the stories reminded me of the science fiction stories written in the 1940s and 1950s, which were great stories that debated ethics and society, and at the same time remained hopeful. After reading and editing several African speculative stories in the last few years, my positive impression has continued to grow. Many of the stories have energy and a vitality that we rarely see in western speculative fiction today. And this is why I want to point you towards African speculative fiction this Christmas, because what we are now witnessing is a gigantic continent awakening, creating its own future, and you don’t want to miss that.

I’m not going to tell you that African speculative fiction, especially science fiction, is a new thing. As many people from the continent will confirm, it isn’t. I have a few African friends who are quite annoyed with western people—journalists, authors, reviewers, writers—who tell the world this, because ‘it isn’t a new thing just because they are finding out about its existence only now.’ However, what I will tell you, is that there is a growing brew of new authors and a buzzing cultural activity within these genres in several African countries, be it literature, comics, art, films or photography, and this is increasingly gaining attention in the rest of the world.

As media researchers will confirm, people from the continent of Africa have seldom held a key position in western popular culture, be it literature or films, where Africa has often been an exotic prop for the story and where people from Africa are frequently portrayed as stereotypical sidekicks or villains. If you put this together with the image of Africa constructed through mass media as a continent of wars, famine and crime, it creates a grim picture where the multitudes of cultures and countries disappear in the term ‘African’.

As for literature, from what I can gather, conditions for authors have been neglected in many African countries over many years, with few possibilities for new writers, leading to an African literature published outside the continent, usually with an ‘acceptable’ flair to it—i.e. acceptable to the western world—and often in a language many on the continent can’t read. And thus African literature hasn’t been returned to its origin where it can stimulate new writers and creativity on the home ground, or allow for a width in perspectives and interpretations.

This seems to be changing in several parts of Africa now, and it is exciting to witness. And the speculative genres are gaining a firm place. The last decade has seen a rising number of speculative authors from countries like South Africa, Nigeria, Zimbabwe, Uganda and Kenya, to name only a few. Authors such as Lauren Beukes and Nnedi Okarofor are highly acclaimed and awarded authors within the speculative genres. Indie publishers, book stores, magazines, cons and writing workshops have popped up.

This is exciting in itself. What makes it extra thrilling is that speculative genres, especially science fiction, are excellent for the artists and authors to picture possible futures, to imagine alternative worlds, and in this way perhaps contribute to the development of the continent and its identity, to take the stage instead of being staged. The speculative genres allow the authors to play and create, to imagine far-fetched futures, to debate difficult topics, to think in new and fresh ways regardless of the present. They can even stimulate business and invention, as Sherelle Jacobs wrote this summer in African Business:

“The emergence of African sci-fi inevitably raises questions about whether it will predict or shape future innovations. It is now received wisdom that Western science fiction anticipated or even sparked future inventions.”

Ivor W. Hartmann writes in the introduction in AfroSF about how difficult the conditions are for African writers and especially how underdeveloped the genre of science fiction is in African literature. He writes:

‘SciFi is the only genre that enables African writers to envision a future from our African perspective. … If you can’t see and relay an understandable vision of the future, your future will be co-opted by someone else’s vision, one that will not necessarily have your best interests at heart.’

For those looking for a great first insight into African speculative fiction, short fiction is an excellent place to start, giving glimpses of writing from a multitude of authors. When AfroSF was published in 2012 it was said to be the first anthology with speculative short fiction from Africa. Two more anthologies of speculative stories by African authors are coming out this December: AfroSF volume two and African Monsters, both published by small presses. 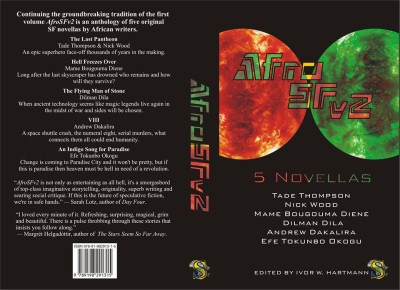 AfroSF volume two , edited by Ivor Hartmann and published by Story Time, is a collection of five science fiction novellas from Tade Thompson, Nick Wood, Mame Bougouma Diene, Dilman Dila, Andrew Dakalira and Efe Tokunbo Okogu. The novellas present plots ranging from the limitations of superheroes to power and the consequences of colonialism. 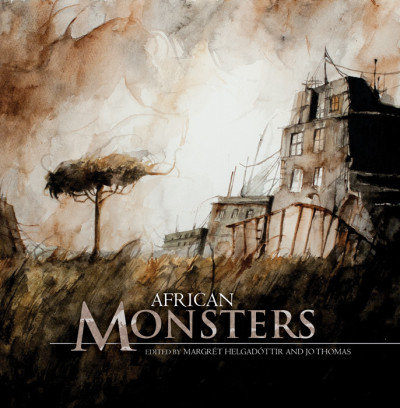 African monsters, edited by myself and Jo Thomas and published by Fox Spirit Books, is a coffee table book with short stories, graphic stories and art from African authors such as Nnedi Okorafor, Tade Thompson, Jayne Bauling, Tendai Huchu, Dilman Dila, Sarah Lotz, Chikodili Emelumadu and Nerine Dorman. The monster stories they have written for this book are based on African folklore, legends and myths.

What I’ve seen so far of African speculative fiction is great stuff, though I feel I have only just scraped the surface: challenging and surprising plots, diverse representation of characters, strong voices. These are stories where people from the continent of Africa are the protagonist, the hero, the main character. These stories show us that Africa is not a homogeneous country, but a multicultural and diverse continent. It shows that Africa has much more to offer than wars and famine, criminals, corruption and hopelessness, even though it bears the scars of slavery and colonialism.

As Nick Wood says in a strong piece; ‘Africa in Science Fiction’:

“So, it seems, the (diverse) giant Africa awakes – not just economically – but to the possibilities inherent in SF. Africa steadily appears to [be] becoming a more ‘Hopeful Continent’ – despite ongoing difficulties, including neo-colonialism – its eyes opening to staking an ownership in its own future, finally writing itself there.”

I hope more African writers will be inspired to write within these genres, not only because such writing can be useful as a tool for Africans (and rest of world) in thinking of alternative futures, but it would bring important new perspectives to the genres as well. I also challenge anthology editors to look for diversity in their books, and larger publishing houses to open the doors more widely for new African literature that blazes fresh new paths into the speculative genres as the western world knows them.

We have one copy of African Monsters and one copy of The Stars Seem so Far Away to giveaway. Use the form below to enter!

SmugglivusSmugglivus 2015
20 Comments
By The Book Smugglers