This Thanksgiving weekend, we gear up for Star Wars: The Force Awakens. 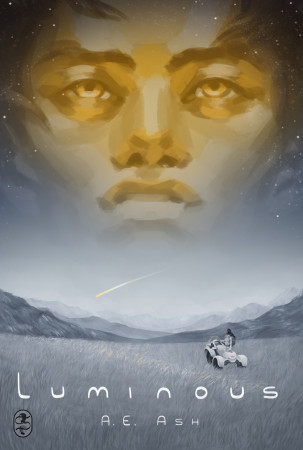 It’s me, Amanda. I’m still here. Still nerdy, still the same mooncalf I’ve always been. And that’s why I’m writing this. You see, this thing you and I have–it’s complex. That’s right, I said it. Our relationship is complicated.

When I was a girl I saw New Hope and Empire Strikes Back and I cannot even remember where or when or how. I wasn’t allowed to watch many movies. I had a strict TV allowance, and Mom monitored my viewing religiously (literally). Was it at Diana’s house on one of her many forbidden cable channels? Was it on prime time television holiday special viewings? I don’t know. Memory is a tricky thing, my love. All I know is, you rocked my world.

My Big Wheel was (of course) named The Millennium Falcon, though at times I liked to think of it as a TIE fighter because they looked cool and made that really read RAAHHRHAHAHHRRR noise. I pedaled around the neighborhood and imagined what it would be like to have Force powers, and what I might do with them. Or what it would be like to be Princess Leia–brave, powerful, tested. Beautiful and vital.

Then, a long time ago in a movie theater far, far away, I saw Return of the Jedi. A crappy theater somewhere near the Navy Hospital–the kind of theater that existed before stadium seating.

My mind was blown, utterly.

Seeing Return of the Jedi in the theater was a revelation. Bigger than life, believable (Ewoks aside), and so many amazing characters. Luke walked a line. I realized that…I realized how close he was to being just like his father. Meanwhile Leia was stubborn, steadfast, and maddenly devoted to her cause and to the fight. She did not waver, even if it would have been easy to do so. In the midst of all of this, the bad guys were scary, yes. But Vader was scary for a whole other reason. As a younger girl I’d been afraid of him, even to the point of having a spectacular nightmare that I still remember where suddenly, I WAS Darth Vader. That scared me, lots. Because Vader wasn’t evil just to be evil. . .he was evil because he was a dark paladin who made a choice. He knowingly turned to the Dark Side and was a disciple for most of his life. Terrifying how easy it would be to make such a choice. Of course, I was a kid and understood as a kid would but even then I knew that choosing to be that kind of bad guy was WAY scarier than just patented, over-the-top Skeletor nya-ha-ha evil.

You always made me think big thinky-thoughts, Star Wars. You were powerful like that. You gave me a world that mixed up science fiction and high fantasy, that was filled with such diverse characters: galactic knights, blaster-firing princesses and bounty hunters, delightful rogues, powerfully connected and subtle characters like Lando, maddening rogues (I’m looking at you, Han), and beautifully real special effect achieved through loving filming, world-building, puppetry, and so much imagination.

Fast forward ignoring TV specials with far too many Ewoks, growing up even more, and finding out that suddenly, out of the blue, there was going to be this little thing called PHANTOM MENACE with so many new and exciting special effects and new and familiar characters. It was the first midnight showing I’d ever gone to, and this time, the theater was enormous with stadium seating. There were even cosplayers there–something amazing that I had never before seen. People in Jedi robes, or with plastic lightsabers, quiet nerds like me all filed in and waited while that fly-text rolled. I sat there, palms sweating with excitement, heart hammering.

See, that’s the power you had over me, Star Wars.

Man, did you ever break my heart that day. *sigh* We all know what comes next. And next, and next. Potential wasted, in my humble opinion. Problematic in ways that hurt. Good actors thrown at clunky and sometimes just offensive scripts.

Games and Extended Universe stuff came onto my radar later than for many people. I’d never read any of the novels, though I’d investigated some of the Dark Horse graphic novels. Bioware had Knights of the Old Republic then more recently, an MMO I played until I got worn down by slow load times and things feeling too instanced. Star Wars: The Old Republic at least let me run around in a world where I could be a light-side Sith Lord if I wanted to and not break the lore. I could be an Imperial Agent, or a snarky, Dark Side-flirting Jedi Knight. My hubby and friends had played through some of the numerous other games–the old 80’s arcade ones, or 2000’s games like Force Unleashed, KOTOR, Republic Commando, Jedi Academy, and so many other LucasArts games. When I played SWTOR, I ignored the fact that the tech was still pretty much the same as WAY in the future timeline. I loved being a part of your world, Star Wars. Light sabers, Force lightning, pewpewpew…Yeah. I discovered the EU late enough that it’s not even canon now, much to the (extremely understandable) chagrin of people like my Lore Master friend who knows more about this world than anyone I will probably ever meet. Novels, graphic novels, games…even shows. And by shows, I mean the Clone Wars animated series. The most recent version is a thing of beauty. Ahsoka Tano, Asajj Ventress, Duchess Satine Kryze–so many amazing female characters, and the clones’ stories are just…agh. SO GOOD (I need to hurry and finish it). Not to mention, Anakin is believable and so, so real. It makes his fall much hurtier. I hear Rebels is good, and I’m sure it is. So yeah, I was okay and then,

A new movie. YEP. It’s real. It’s coming. That first teaser stopped me dead in my objections-tracks. I actually got teary-eyed. The more trailers I’ve seen, the more the words ‘new hope’ resonate. Disney-fied, EU uncanonized, but…that crashed Star Destroyer on what looks like Tatooine? Who is speaking in this narration, her voice all haughty and cold? Silver trooper armor? Yeah yeah Sith and HOLY COW that stormtrooper! He’s awesome! And the girl–who is she? Wait, this looks…this looks so good. In-atmosphere fighter battles WUUUUT. A storm trooper with the FORCE?

A new movie. A new DISNEY movie. Ngh. But, the cast. Look at it! And with it, promised new TV shows, new comics that I hear are amazing. Plans for so much more. J.J. Abrams and all the crew and cast have promised us The Force Awakens is a big good thing. I want to believe them. I want it so hard. Because in the end, Star Wars, I keep coming back. I keep hoping that you’ll get yourself checked and not wrecked. I keep imagining what could happen if your word building prowess were ever to be fully realized.

You shaped my creative mind, my writing, my thinking. You had me at a princess that is a better shot than the men around her, proclaiming that someone has to keep them alive. You had me at lightsabers and ‘there is no try.’

I kind of resent it, but you still have me. Grabby-hands, take-my-money having me. So yeah, Star Wars, I’m in, again. And unless you mess this one up colossally–as in, Jar Jar times a billion colossally–I’ll probably always be in. Because really, even with the complications, it’s true. I love you, Star Wars. 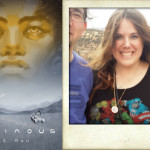 A.E. Ash is a human citizen of the third planet from Sol and is a lifelong nerd, a friend to all felines, a sometimes-gamer, a squee-prone blogger, a mooncalf, but not a baker or candlestick maker. And nobody said anything—ANYTHING—about butcher. She writes weird poetry and miscellaneous speculative fiction: sci-fi, fantasy, space opera, even urban fantasy and romancy things are all mixed up in her writerly brain. Her abode is allegedly located in the United States where she lives with her superhero husband and their completely NOT nefarious kittycats who do nothing at all to help them achieve world domination. You can find her on Twitter as @dogmycatzindeed or check out her blog here: https://aeashwrites.wordpress.com.