Smugglivus 2014 Guest Author: Y.S. Lee and the Year of Non-Fiction

Who: Y.S. Lee, YA author of The Agency series, about a women’s detective agency in Victorian times. The first title in the series, A Spy in the House, was published in spring 2010 and the most recent – and final – entry Rivals in the City, will be published in March 2015. 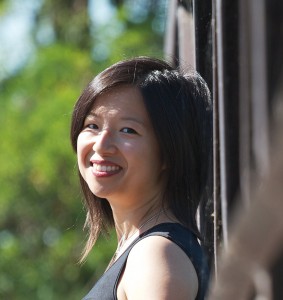 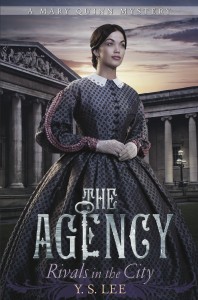 Everybody, please, a warm welcome to Y.S. Lee!

Hello, devoted observers of Smugglivus! As I thought about the books I’ve read this year, I realized that this was a Year of Major Transition for me because my favourite, most memorable, powerfully transforming reads were non-fiction. (Or possibly this year was a fluke, and next year I’ll be as fiction-centric as ever.) Specifically, I became obsessed with two historical figures: an explorer and soldier called Freddy Spencer Chapman, and Mary Wollstonecraft’s overlooked daughter, Fanny. Let me tell you why I adore them so.

In late 1941 – that is, two years after the start of the Second World War, when the Allied Forces were at their most desperate – an English naturalist, mountaineer, teacher, explorer, and writer named Freddy Spencer Chapman was sent to the British colony of Malaya. He was a veteran of polar expeditions and an attempt to find the Dalai Lama in Tibet. Now, in wartime, Freddy taught “fieldcraft” (how to read tracks, navigate by the stars, shelter, find food, and generally survive in the wilderness) to Allied soldiers. 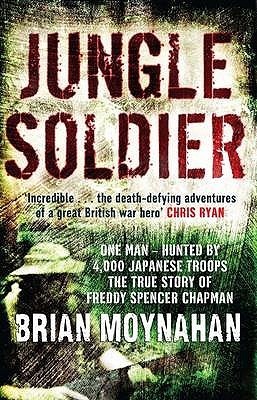 As sometimes happens, the British grossly miscalculated their defenses in Malaya and Singapore and the Japanese Imperial Army promptly conquered the entire archipelago. As also sometimes happens, Freddy (and two companions, who were soon captured) were cut off behind enemy lines and left behind. For the next three years, Freddy survived in the Malay jungle, sabotaging Japanese communication and transport lines, and training Communist guerrillas who opposed the Japanese occupation. At home in England, he was reported “missing, believed killed”, until the day in 1945 when he swam out to a submarine off the coast of Malaya and, as his biographer Brian Moynahan says, “came back from the dead”. Freddy’s exploits sound like the purest fiction, an irresistible, real-life, Boy’s Own Adventure. But that isn’t why I love him.

When he returned to England, Freddy published The Jungle is Neutral, a memoir of his years in wartime Malaya. He explains its title in this way: “the jungle is neutral. It provides any amount of fresh water, and unlimited cover for friend as well as foe – an armed neutrality, if you like, but neutrality nonetheless. It is the attitude of mind that determines whether you go under or survive” The Jungle is Neutral might be my favourite work of nonfiction, ever, and much of this is because I really hadn’t expected to like Freddy so much. 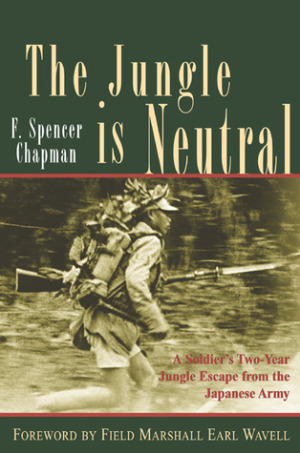 I was braced for a man of his generation (born 1907): a social snob, an unself-conscious racist, an unapologetic colonialist. This isn’t the case at all. Freddy was immensely curious about the world, entirely willing to judge people on their individual merits and flaws, and endearingly passionate about food, even while suffering from bullet wounds, pneumonia, chronic malaria, ulcerated legs, blackwater fever, tick typhus, dysentery, and I-don’t-know-how-many-other ailments. Here’s how terrific this memoir is: while reading it, I followed my partner all around the house, subjecting him to excerpts. Another measure of how much I love it: before I was halfway through, I was already mourning the fact that it must end. 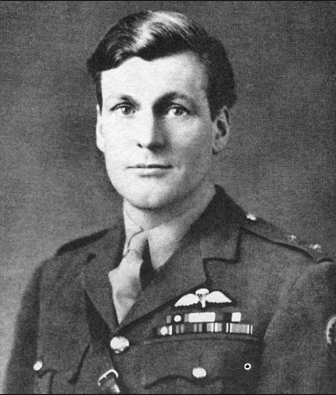 I joke about Freddy as my historical boyfriend, but I do think of him as singular and special in most ways. Fieldcraft and wartime exploits aside, he remained open to new experiences, new people, new ideas. He clearly valued intelligence, marrying a woman, Faith Townson, who was herself a member of the Special Operations Executive (ie, British intelligence), whose wartime records remained sealed until this year. And it doesn’t hurt that he was excessively handsome! Many images of Freddy are still protected by copyright, but click here for a sample. For a window into a lesser-known facet of World War II and a full-on action movie packed into a book, I couldn’t recommend more highly The Jungle is Neutral. 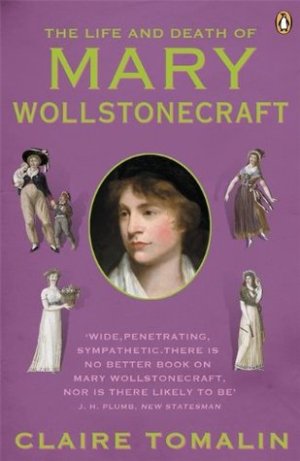 Early last year, I read and loved Claire Tomalin’s biography of Mary Wollstonecraft, and promptly became obsessed with the question of her elder daughter, Fanny. Fanny was born in 1794 in revolutionary Paris, the result of a short, passionate affair between Wollstonecraft and a handsome, fickle, frequently dishonest American named Gilbert Imlay. Imlay promptly tired of Wollstonecraft and set up house with an actress; he never displayed further interest in either Wollstonecraft or their infant daughter.

Wollstonecraft returned to London with her toddler and married the philosopher William Godwin in 1797. Shortly after, she died from complications of childbirth. (The new baby, Godwin’s biological daughter, grew up to be Mary Shelley, author of Frankenstein.) Godwin raised both girls and then some: he soon remarried and formed a blended family of five children, none of whom shared a pair of biological parents. Fanny and Mary grew up knowing that they were half-sisters and the daughters of the scandalous genius Mary Wollstonecraft.

The Godwin household was intellectually demanding, emotionally remote, and paralyzed by debt. The second Mrs. Godwin sounds like a deeply unpleasant character who, in fairy-tale fashion, resented and oppressed her stepdaughters. Mary asserted herself by eloping with the married poet Percy Bysshe Shelley and writing a genre-defining bestseller, Frankenstein. Fanny tried to make peace within her fractured and fractious family and committed suicide in a coaching inn at the age of 22. 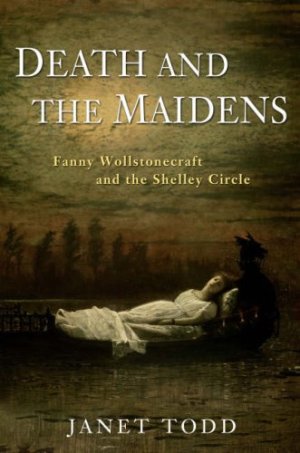 Fanny is typically a footnote in the stories of other great minds: William Godwin, Percy Bysshe Shelley, Mary Shelley. The standard line goes something like this: “Poor, depressive Fanny, what a pity. Her death is important because of what it tells us about so-and-so…” Death and the Maidens: Fanny Wollstonecraft and the Shelley Circle is Janet Todd’s corrective, an effort to place Fanny’s story at the centre of her own life. Todd argues that Fanny was intelligent, politically conscious, opinionated, and warm-hearted. She tried repeatedly to reconcile her sister Mary with her stepfather Godwin (there was a rift after 16-year-old Mary ran away with Shelley; it ended only after Mary and Shelley were legally married, two and a half years later), and hoped to escape her stepmother by going to live with Mary and Shelley. Fanny never got her wish; never received an invitation even to visit Mary for a few days.

Todd argues that Mary’s rejection was the central force that pushed Fanny into suicide. It’s an interesting theory but will always remain so; there is scarce evidence of Fanny’s last days, and the people closest to her remained silent. Even at the time, rather than risk the scandal of a suicide in the family, the Godwins refused to claim the body. Fanny was abandoned in death, and buried in an anonymous grave in Swansea (the city where she died). Two other books include the question of Fanny: Judith Chernaik’s novel, Love’s Children (US title), aka Mab’s Daughters (UK title), and Daisy Hay’s group biography, Young Romantics: The Tangled Lives of English Poetry’s Greatest Generation, but no one is able to offer much certainty about Fanny. Her story remains as tragic and elusive as her name.

At birth, Fanny’s name was officially recorded as “Françoise Imlay” (Wollstonecraft and Imlay were still a couple, just about, and they were living in Paris). After Wollstonecraft’s death from complications of childbirth, Godwin chose to raise Fanny as his daughter and she became known as Frances Godwin. Despite carrying the names of these two men, however, Fanny was technically illegitimate and never legally adopted. Her name should always have been Fanny Wollstonecraft.

I find it terribly moving that readers still can’t agree on her name. Todd reclaims her as Fanny Wollstonecraft; at other times, she’s Fanny Imlay (wikipedia) or Fanny Godwin (with explanations). It’s tricky to find her in an index. And this evasive quality, the fact that we can’t even work out what to call her, is reflected in her life. No diary survives; her letters are partly destroyed; there is no known portrait. And for a very long time nobody found her remotely interesting, except as an adjunct to the lives of others. Poor Fanny, indeed.

Looking ahead, the book I’m most eager to read next year is Hilary Mantel’s The Mirror and the Light, the final part of her Thomas Cromwell trilogy. And while it feels strange to mention my own work in the same paragraph as Mantel’s, I’m also very excited about the March 2015 publication of my fourth novel, Rivals in the City. It’s the last instalment in the Agency quartet, featuring Victorian detective Mary Quinn, and it’s my strongest work yet.

What were the most memorable books and reading threads of your year? And what are you looking forward to in 2015?

Smugglivus 2013: The Airing of Grievances