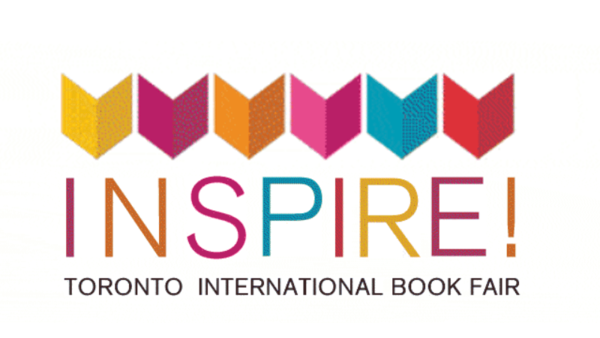 INSPIRE! Toronto International Book Fair took place last week, from November 13-16. As a consumer-oriented fair, INSPIRE is trying to set itself up as a new destination for book lovers with a mission to connect publishers, readers, bloggers and authors. In this first year, there were more than 400 Canadian and international authors featured and an extensive programming that included panels, talks, signings and readings.

And of course, books. Lots and lots of books. 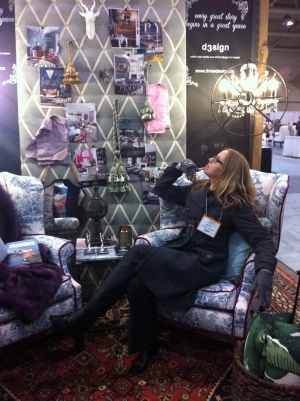 We were invited by Tourism Toronto (working in conjunction with INSPIRE) to attend the fair alongside a group of international bloggers which included MaryAnne and Gabby from Chapter by Chapter, Jane at Dear Author, Liz Bourke from Tor.com and Strange Horizons and Kelly Jensen from Book Riot and Stacked. The aim of this invitation was to promote not only the fair but also Toronto as a thriving destination for bloggers and readers. We were booked into an awesome hotel near the convention centre and given VIP passports to local attractions – we highly recommend the CN Tower at night. It was the coolest thing. 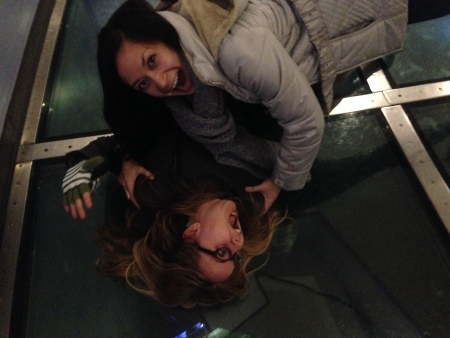 Thea and Ana being ridiculous at the CN Tower

We had our first organised event before the fair itself, a guided tour of several of Toronto’s independent bookstores. We were joined by a bunch of super awesome local bloggers (hi Michele, Ardo, Wendy and Chandra), driven around in a limo-van (yes, that’s a thing. A very cool thing) and guided by Michael Kaminer, a local writer who wrote an article for the Washington Post about Toronto’s book stores. One of the big takeways from the tour was that Toronto doesn’t have a lot of chain bookstores and that its indies are still going strong despite a few hiccups (and recent closures). At each stop, we had the opportunity to talk to the owners and to browse – our personal favourite was of course Bakka Phoenix, a shop specialised in Scifi/Fantasy, followed closely by BMV, the largest bookstore in Canada. At Bakka Phoenix we had the surreal experience of overhearing a costumer mention The Book Smugglers as we were leaving the store: 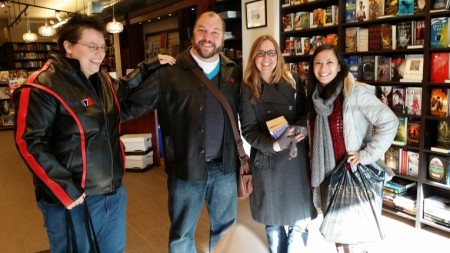 A happy time was had

It was a fantastic tour with a strong focus on how each store is “specially curated by their owners”. But we will also note that one of the recurring things being repeated throughout the day was the “ebooks are not real books” fallacy. In addition most of the stores we visited did not cater to a lot of us either: very few romance novels (if any), not a lot of YA and only a few Fantasy/Scifi titles. In fact, the “specially curated” part coupled with some of the books we saw, proved to be a little bit SCARY: 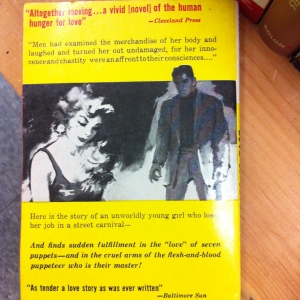 After the tour, we visited Toronto’s biggest chain bookstore, Indigo – we are equal opportunity book buyers after all – and it was incredible. We were blown away by the Children and YA sections and by the fact that the store was packed full of people who were sitting down and reading all over the floors and the available chairs. It felt cosy despite its size. 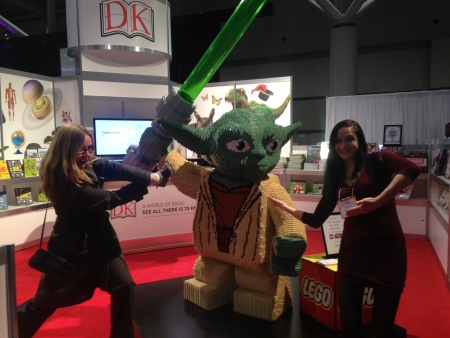 With more than 400 Canadian and international authors (including Margaret Atwood, Chris Hadfield, Philip Gibson, and more), 300+ hours of programming and 8 different stages and feature areas, INSPIRE had a great, cosy book festival feel to it. We attended the fair on Friday and Saturday and we were quite impressed with the variety of the programming, with the fact that it covered most genres and with the panels we attended. Some of the booths were super cool. Simon and Schuster’s for example, had these welcoming homely rooms: 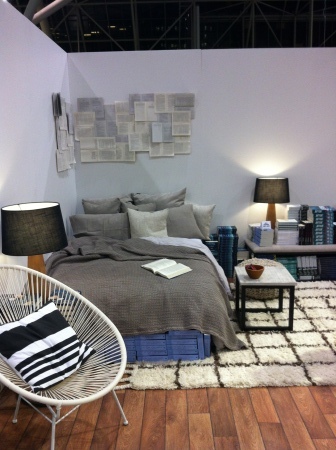 We loved to see the huge number of kids visiting the fair – on Friday there was a special program for elementary school children – as well as the focus on public libraries and their interesting programs/festivals/prizes.

Another highlight was the space dedicated to the First Nations, Métits & Inuit Literary Circle 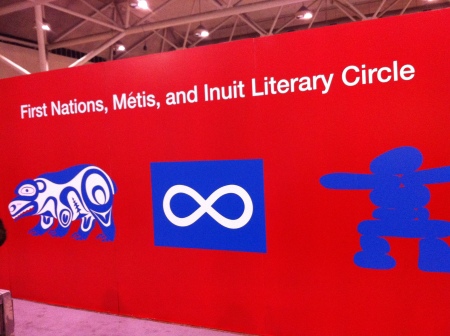 That stage was constantly packed and the next-door bookselling booth was amazing. 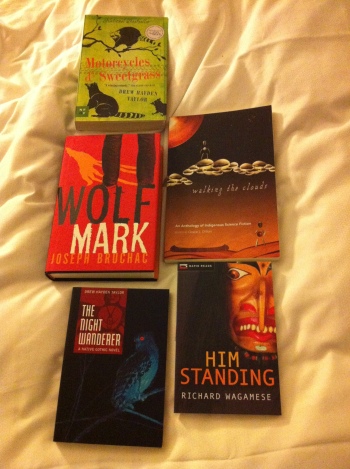 Many books were bought

As it’s only INSPIRE’s first year, there were a few hiccups. The convention centre had no available wifi for visitors (not even a paid option). There were signings followings most talks and panels but to have a booked signed, as per the policy issued by the fair, readers had to exclusively purchase the books at the main stage bookselling area. This means that readers could not bring books from home and even books purchased elsewhere at the fair itself were not allowed to be signed. This policy – claimed to be a policy to “support the book industry” – seems counterproductive and even unfriendly to us especially considering that there is no book industry without its readers. We hope they revise this policy for next year’s fair.

Overall, visiting Toronto and being able to attend INSPIRE was a great experience. Plus, we got to hang out with each other. 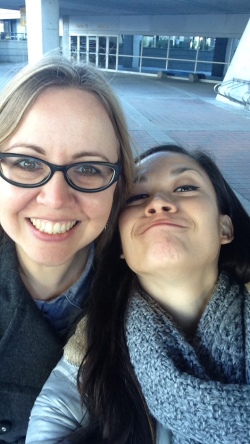 Loncon 3: Where you can find us!