We continue our ongoing new series of posts “SFF in Conversation” with a thought-provoking post from Lizzie Barrett (known on Twitter as @alittlebriton), a judge for the Best Newcomer Award 2013 for the British Fantasy Society. Lizzie talks about bias in SFF awards and proposes an interesting – if unorthodox and perhaps controversial – solution. 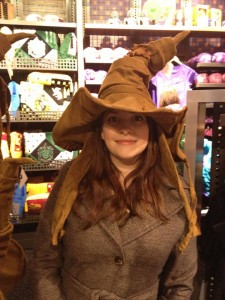 Please give it up for Lizzie Barrett, everyone!

We talk a lot about why there are fewer women and people of colour in SFF (both as authors and positive characters) while never actually doing anything about it. I understand that both gender and racial bias or assumptions are prevalent in our society and it’s going to take a few more hundred years to eradicate white supremacy and patriarchal privilege, but I do think it’s time we did something about it where we can.

I’ve turned my focus to juried awards because to my surprise and delight, I’m judging this year’s Best Newcomer for the British Fantasy Society. Judging is just one part of the awards process – submitting books to be judged is another as is getting word of mouth and sales going if it’s a voted award. But as I have no experience of those things, I’m sticking to what I (barely) know.

Someone reminded me the other day about how when last year’s Clarke Award all-male shortlist was announced, there was some backlash on Twitter and in blogs. People wondered how on earth there wasn’t a single book written by a woman on that list. I didn’t actually have a problem with it, probably because the judging panel was mixed-gender, and because several of the judges have been very vocally positive on the topic of women in SFF in the past. But I did wonder what we could do as a judging community to prove there is no unconscious bias in SFF awards?

I suggest a possible answer is blanking out all covers and author information for award submissions for a trial period of three years. Just black covers with a number on them, author pages, photo and acknowledgments removed. Judges would read them without any knowledge of the author, their age, their gender, their race, the publisher, and the cover, which to me gives the added bonus of not being biased by good or terrible design. It’s a bit of extra work on the part of submitting publishers and the award runners, but I think it could work.

Someone pointed out that doing this looks like we don’t trust the judges and they would be offended by this. I think there are several answers to that, the first being, yes. It’s not that we think you are sexist, although some of you might be (towards either men or women). It’s not that we think you might be racist, although again, it’s possible. It’s just that living in the society that we do, we receive a lot of gendered and racial information that can have an unconscious effect on our choices. I don’t trust myself to be impartial to a lot of the books I read, because I know the person or have heard stories or because they once wrote a truly dreadful werewolf romance that made me want to cry for humanity. You can’t help but have biases, they’re part of what forms our likes and dislikes and us to choose between the thousands of books on the shelves. This removes that, and makes what you are about to read a mystery, free from any baggage.

The second answer to that point, is ok, judges may feel like they are mistrusted. But isn’t upsetting about 30 people a year worth possibly eradicating any potential bias in awards? Isn’t it worth at least trying? Awards do make a difference to the sales of books, they do help authors to get more publicity and push for future works and most of all, they form a big part of a writer’s self-esteem on a piece of culture they sweated over. I married a writer; I know how much effort goes into books and how much pride comes with an award nomination. And if we can prove that this is the best book because of a blind reading (or however you want to term it), then so much the better. I’m ok with a few people getting their noses bent out of shape if it means silencing this debate once and for all.

Now, it’s of course possible that the judges will recognise the synopsis and know who the author is, they may have read the book in their own time, or another judge might accidentally let it slip. We’re a book-reading bunch and it would be surprising if this didn’t happen. But at least we would have a system and hopefully an honour code to try to adhere to – and I think, judging by the size of most people’s TBR pile, there will be a few surprises in the submissions to keep everyone happy and in the dark.

The downside of this system is that authors and publishers won’t be able to use nominations before the announcement of the winner(s). The general public won’t be able to read along and the debate on the merits of the shortlist and winners will inevitably be delayed. I haven’t found a solution to that, and it is something that may mean this solution isn’t viable. But until we try something to put an end to this debate once and for all, we’re going to keep going round in circles, constantly bemoaning the fact that there aren’t enough women or people of colour in SFF but doing nothing to encourage a change. Just a tiny nudge, just one hurdle to acclaim removed and it could start a cultural landslide. Can we at least give it a try?

Lizzie Barrett is a judge for the Best Newcomer Award 2013 for the British Fantasy Society. She prefers fantasy novels and sci-fi TV, and thinks books should be a viable form of currency. She lives in London with her husband, Tom Pollock, and their three cats. Find her on @alittlebriton on Twitter.

SFF in Conversation
17 Comments
By Ana

SFF in Conversation: Kameron Hurley on “A Complexity of Desires: Expectations of Sex & Sexuality in Science Fiction”