Chat With an Author Inspirations and Influences

Jersey Angel: Beth Ann Bauman on YA And The Sexually Unapologetic Girl

Jersey Angel is a Contemporary YA novel that follows the summer adventures of Angel, a young teenage girl who loves sex, who is confident about her body and who enjoys sexual escapades with several partners and is unapologetic about it. The book is a refreshing, beautiful novel that has zero slut shaming in its portrayal of Angel. In addition to that, she is also someone who doesn’t want to go to college and whose dream job is to be a receptionist – again, there is not shaming in the novel about her choice. Needless to say, it is an important book in YA and it is a book that I loved. 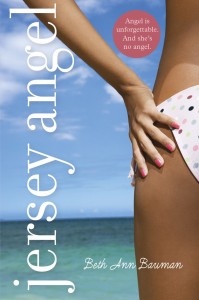 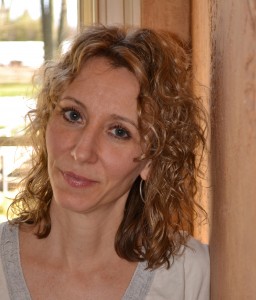 The paperback is out now and today we are happy to be hosting its author, Beth Ann Bauman to talk about writing Angel.

There were several ingredients I threw in the pot early in the writing process of Jersey Angel. I knew I wanted to write about a sexually unapologetic girl, a girl who prowls around like a boy, a girl more interested in adventures than a boyfriend. I also knew I wanted this girl to be a bit Jane Eyre-esque, that is on her own and responsible for herself. I didn’t make her an orphan, neither did I want her to come from a bad home, so I gave her loving but misguided parents, selfishly absorbed in their own dramas. I even gave Angel her own house (in their seaside community, her mom owns three and rents out two in the summer, meaning in the off-season one is available to Angel). And last, I wanted her—a pretty girl who’s coasted through high school on confidence and ease—to grapple with important issues—what it means to love, to lose, to betray, to find her way. I really wanted her to wrestle with the demands of love.

And I plagiarized myself. I’d told a version of this in the title story of my short story collection Beautiful Girls. It’s a story I’ve always loved, one that got away from me a little, one of its own invention, meaning it told me what it wanted to be about. “Make it a novel,” adult readers said to me, and I wanted to, really wanted to, but the problem was that I’d already told the story, and there’s a danger in trying to revisit material that already lives; you might sully the original. I decided there wasn’t anymore to say, or so I thought. It existed as twenty-page short story, and the tale was sure and true, one of my better ones. But the possibility stewed in my brain, I think, because it’s fertile territory and perfect YA material. A girl like Angel doesn’t really exist in teen fiction. Wasn’t I just the person to usher her into the genre? Eventually I figured out a way to reinvent and grow the story, which meant using the skeleton of the girl (in the short story, Dani) and giving her new flesh, turning her into Angel. Not as easy as it sounds—characters are just as capricious as their real life counterparts. It also meant adding new plot twists and moving it to the Jersey Shore, which added a whole new world of details—boats, a marina, sand, skinny dipping. A new story unfolded.

Angel emerged, and I sent her prowling. I also had her missing an old boyfriend, whom she really likes (loves even, though doesn’t know it). She rides over to his window for midnight visits, trying to tempt him back, waiting for him to lift the screen, put his arms around her and haul her inside. Joey, though, is solid and knows who he’s dealing with, and while he really likes her too (loves her even), he’s true to his heart; he wants a commitment. The tragedy of meeting the right boy too soon! Angel’s not ready for him. She’s busy desiring and be desired, feeling her sexual power, its range and glimmering possibilities.

As I said, there isn’t a precedent for this kind of girl character in YA fiction and I knew, though didn’t want to admit, that it might be a bumpy ride for my book. And true enough, not all teen readers know what to think of Angel. We still live in an age where a girl’s sexuality is really only acceptable within the confines of love and romance; while boys can be horndogs and inspire sly smiles, girls who behave this way are sluts. But Angel can’t easily be put in a box. She makes a lot of mistakes, true, some big ones even, but while promiscuous she’s not stupid, mean, or a slut, a derogatory term if ever there was one. We don’t even have an equivalent term for boys because they’re allowed to tomcat around; it’s part of their rite of passage.

I’m glad I wrote this novel. Maybe it matters more to be true to your material than to create a character that will be easily embraced. And maybe Angel has something important to say—Angel who comfortably owns her lust without shame.

About the author: Beth Ann Bauman is an award-winning author of three books—the short story collection Beautiful Girls, and the young adult novels Rosie and Skate and Jersey Angel. She’s been awarded fellowships from the Jerome Foundation and the New York Foundation for the Arts and teaches fiction writing at NYU and UCLA. Bethannbauman.com

Because I loved the book so much, I want to giveaway a copy of the paperback. To enter, use the form below and leave a comment engaging with the post’s ideas. The giveaway is open to EVERYBODY, ANYWHERE and will run until Saturday August 31 12:00AM PST. Good luck!