Happy Saturday, everyone! Our guest is Sara Grant, the author of YA dystopian speculative fiction novel Half Lives. Today, Sara is here to talk about characters in her book, and what happens when they have minds of their own. 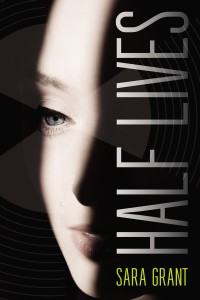 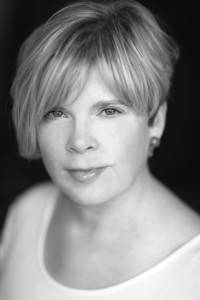 Please give a warm welcome to Sara, everyone!

When Characters Have Minds of Their Own

Half Lives is two stories twisted and tangled together – one set pre- and the other years after an apocalyptic event. Icie is a typical teenager, until disaster strikes. Her only hope of survival is escaping to a top-secret mountain bunker. Hundreds of years later, 18-year-old Beckett leads a cult that worships a sacred mountain. But Beckett and his beliefs are under attack. Icie and Beckett must fight to survive. They are separated by time but connected by a dangerous secret that both must protect at any cost.

As a writer, I like to think I control the story, but sometime characters have minds of their own. And when they speak up and make suggestions – I know I’m doing something right.

I typically start a new project by writing one chapter to test the idea. Is there a character that’s speaking to me? Does he/she have a story that I need to tell? If the answer is yes to both questions then I start to plan.

I develop my characters in a variety of ways. I often find photos that resemble each character. I interrogate them and create character profiles. Sometimes I just start writing and see what the character has to say. Much of this writing and exploration may never make it into a book. But it’s what I need to start my story.

Once I’ve identified at least the main characters, I plot my novel, not a detailed moment-by-moment plot, but more of a list of milestones. I try to leave room for spontaneity and surprises.

As much as I’d like it to, character development doesn’t happen neatly or all at once. Just like when meeting a real, live person, I gradually get to know my fictional characters. With each draft of the novel, my characters deepen as I determine not only who the characters are but who I need them to be.

The best character development advice I ever received was from criminal justice class titled Murder in America. (I, at some point, want to write a murder mystery, and I thought this class would be interesting. And it was. Very!) When an FBI profiler spoke to our class, he said that everyone has three lives – a public, a private and a secret life. Your public life is what everyone knows about you. Your private life is what only a few of your closest family and friends know. And your secret life is what only you know about yourself. He said to catch a killer he had to uncover all three lives of the victim. I try to develop and discover all of these layers in my characters and, through the course of the novel, reveal them as appropriate to my readers.

In Half Lives I was in for several surprises. For example, Chaske – in Icie’s story – was a mystery for a very long time. Icie meets Chaske on her journey to the bunker. He’s the strong silent type and doesn’t share a lot in the beginning. He definitely had a mind of his own. When, at last, I unlocked his secrets, they seemed to fit perfectly into the narrative.

It’s strange when it happens. You’re writing away and suddenly your character seems whisper in your ear. It’s as if they’ve been leading you to this epiphany. Other times a secondary character will step up and try to steal the limelight or a main character might send you off on a wild goose chase. It’s important to explore these opportunities, but ultimately you must consider the big picture and what’s best for your story and what will be most satisfying to your readers.

Creating believable characters is a balancing act. You have to know when to control them and when to set them free. 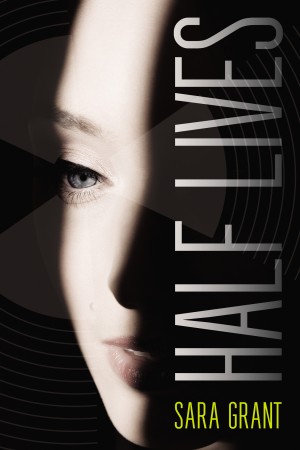 Seventeen-year-old Icie’s parents have given her $10,000 in cash, a map of a top-secret bunker, and instructions to get there by any means necessary. They have news of an imminent viral attack and know that the bunker is Icie’s only hope for survival. Along with three other teens, she lives locked away for months, not knowing what’s happening in the outside world or who has survived. And are they safe in the bunker after all?

Generations in the future, a mysterious cult worships the very mountain where Icie’s secret bunker was built. They never leave the mountain, they’re ruled by a teenager…and they have surprising ties to Icie.

This high-stakes, original, and thought-provoking adventure from Sara Grant follows two unlikely heroes, hundreds of years apart, as they fight to survive.

If you’d asked me that day whether I could lie, cheat, steal, and kill, I would have said ab?so?lutely not. I’ve told little white lies to my parents to stay out of trouble. And, sure, I borrowed a few answers off Lola on that one chemistry test. (Who cares that U stands for Uranium or that it’s number 92 on the periodic table of the elements?) I shoplifted a Kit Kat when I was seven on a dare. That’s not exactly grand larceny, but I’d never kill. Not possible. I’d relocate spiders rather than squash them. (And I hate those beasties!)

But now I’ve knowingly and willfully committed all those acts on the Richter scale of freaking horrible — from lying to killing. I’m not proud of it. I learned that surviving isn’t all it’s cracked up to be. If you survive, you’ve got to live with the guilt, and that’s more difficult than looking someone in the eye and pulling the trigger. Trust me. I’ve done both. Killing takes a twitch of the finger. Absolution takes several lifetimes.

You can read the full first chapter of Half Lives HERE.

Sara is an author of fiction for teens and younger readers and freelance editor of series fiction. Shehas worked on twelve different series and edited nearly 100 books. Dark Parties, her first young adult novel, won the SCBWI Crystal Kite Award for Europe. Her new novel for teens – titled Half Lives – is an apocalyptic thriller. She also writes – Magic Trix – a fun, magical series for younger readers.

Sara was born and raised in a small town in the Midwestern United States. She graduated from Indiana University with degrees in journalism and psychology, and later she earned a master’s degree in creative and life writing at Goldsmiths College, University of London. She lives in London.

We have TWO copies of Half Lives up for grabs! The contest is open to street addresses in the US only and will run until Sunday, July 21 at 12:01am. To enter, use the form below. Good luck!