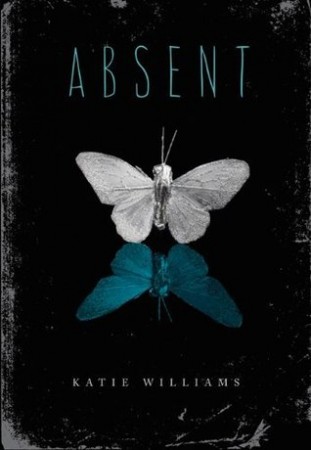 When seventeen-year-old Paige dies in a freak fall from the roof during Physics class, her spirit is bound to the grounds of her high school. At least she has company: her fellow ghosts Evan and Brooke, who also died there. But when Paige hears the rumor that her death wasn’t an accident–that she supposedly jumped on purpose–she can’t bear it. Then Paige discovers something amazing. She can possess living people when they think of her, and she can make them do almost anything. Maybe, just maybe, she can get to the most popular girl in school and stop the rumors once and for all

Why did I read this book: I absolutely loved Katie Williams’ thoughtful The Space Between Trees (it was even one of my top 10 of 2010). Still, I wasn’t sure this sounded like something I wanted to read and I put it aside as a “maybe” until Stacked posted this awesome review.

Paige is dead. But she is not gone. After falling from the roof during Physics class, she is now stuck to the grounds of her high school – presumably forever – observing her fellow classmates alongside the ghosts of two other students, Brooke and Evan, who also died there. She doesn’t know Evan, who died ages ago (Years? Decades?) and who isn’t exactly forthcoming about how he died. But she knows Brooke all too well: the notorious school slut who overdosed on cocaine and died in the arms of Paige’s secret boyfriend Lucas, the school’s heartthrob.

It’s been a few days since Paige died and the rumour that she jumped on purpose is starting to spread. Because she can’t bear the thought that her closest friends and family would ever believe that ,she starts hovering around her best friend Usha, desperate to communicate. Then one day, when Usha is thinking about her, Paige discovers she can posses her. In fact, she can possess anyone as long as they are thinking about her and make them do anything she wants. And soon, Paige starts to feel alive again.

The premise of Absent is: imagine being stuck in High School forever, literally and figuratively. Imagine being unable to leave the grounds of that place, haunting the students that go there, watching friends and enemies living their lives, watching yourself through their eyes and then slowly fading into forgotten memory. What would that feel like? Imagine being able to take over their bodies and make them do anything including the things you never thought you could. Imagine being able to make sure that the memory of you lingers. Would you do it?

Imagine being trapped in the same frame mind of a teenage in high school: thinking that people belong to certain cliques and reducing them to the quickest stereotype. Imagine all the ways you think about people –the stereotypes you always felt were easy and true – but then slowly realising that behind those there are real, complex people who can get and do get hurt.

The best comparison I could levy would be: imagine that the kids in The Breakfast Club are ghosts stuck in high school.

This is exactly what happens to Paige.

Absent provides an extremely well-done balancing act between a self-contained ghost story and a thoughtful character study. The way the story is constructed really impressed me – especially toward the ending when it becomes obvious that every little thing matters here.

Because we are stuck inside Paige’s mind, it was easy to accept the immediacy of her problems. She pretends to not care about anything, she says she never minded that her “boyfriend” wanted them to be a secret item, she puts on a façade of tough girl but she is anything but and it is the progression from “tough-girl” to self-awareness that basically moves the story forward. In this journey, Paige does despicable, almost unforgivable things: she uses the bodies of different students without thinking about the consequences, for her own gain. It’s horrifying but also terribly moving because this is all that she has left. As the story progresses though, it becomes so clear that the author is weaving here larger themes of forgiveness, of moving on, of growing up and understanding life and others. And that Paige’s problems are only a small part of a larger mural (*obligatory cryptic reference to the book*) and discovering that and how it affected basically everybody in the novel was extremely moving.

Another remarkable book from Katie Williams and highly recommended if you like ghost stories, high school settings and thoughtful explorations of hurtful prejudice.

ON THE LAST DAY OF MY LIFE, I STOOD UNDER A LATE FEBruary sky, the gray clouds pulled thin and high over our heads like a veil. The sun was somewhere behind there, but I didn’t know where. Maybe if I scanned the sky slowly, I’d find a spot to the west where the clouds burned white instead of gray, and that’d be the sun. Otherwise, it was all sky, from top of head to soles of shoes, and we were up there in it, because our physics teacher, Mr. Cochran, had gotten permission to take us onto the roof for our egg-drop project. We, the physics class, clumped at the center of the roof’s flat, cement slab, as far as possible from the foot-high lip around its edge where Mr. Cochran stood. We shivered and stumbled against each other, but we didn’t break ranks. Mr. Cochran had been very clear: he had a quiz ready. If there was any running, any pushing, any “tomfoolery,” we would march right down and take it. “Let’s not have you ending up like your eggs,” he kept saying. That afternoon, I was a good kid. We all were good kids, good eggs. We stood at the center of the roof as we were told to. We didn’t run; we didn’t push; we didn’t tomfool. It’s possible we whispered. It’s possible we poked, and perhaps we turned to the roof’s edge like how the bean plants in Mrs. Zimmer’s biology room turned toward the dirty windows, even though they only opened inward, and then only a crack. I was alive then, though that wasn’t something I thought about, because it wasn’t remarkable; it just was.

Rating: 7 – Very good and leaning toward 8

Reading Next: P.S. Be Eleven by Rita Williams-Garcia

Ebook available for kindle US, kindle UK, nook, and sony