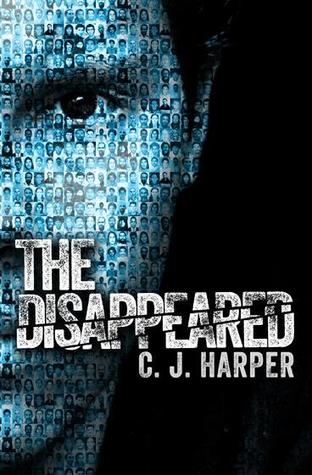 In a future where children are segregated into institutions that range from comfortable “Learning Communities” to prison-like “Local Academies”, seventeen-year-old Jackson is an academic high flyer, living in a top Learning Community and destined for a position in the Leadership. But when he is sent with his best friend Wilson to deliver a package to a factory block, the two boys are attacked, leaving Jackson badly beaten and Wilson dead.

Confused and upset, Jackson returns to his Learning Community only to be dismissed by his teachers who claim not to know him. Sent to an Academy, an institute set up to train factory workers, Jackson finds himself immersed in a world that couldn’t be further removed than the comfortable life he’s used to; a harsh, violent, semi-articulate society where the students have created their own hierarchy based on fighting ability.

Using his wits to survive, Jackson starts to realise that his whole life has been based on half-truths. And in order to survive he needs to expose the lies that surround the Academy and find out the truth about who he really is. As he builds alliances and begins to educate those closest to him, a plan for rebellion and escape gradually comes into shape…

Fast-paced, page-turning, moving, yet with a streak of dark humour, The Disappeared is a very British dystopia, with shades of Orwell and Huxley.

Stand alone or series: Can be read as a standalone (but also has clear intentions towards a series)

Why did I read this book: It’s no secret that I am a fan of dystopian fiction, so when we received a review query for this debut title – a dystopian YA novel about a violent Academy in a frightening vision of the future – I was hooked.

John Jackson is seventeen years old, has an AEP score of 98.5, and is one of the most intelligent “brainers” at one of the country’s most prestigious Learning Community, being groomed for a Leadership position in the upper levels of politics. Everything goes Jackson’s way until one day when he and his best friend Wilson are jumped by a couple of thugs outside the safety of the Learning Community walls. Jackson narrowly escapes death, but when he tries to report the crime he finds that every record of his existence has been erased. His teachers act as if they have no recollection of him, and he’s apprehended by the police and thrown into a Local Academy – where he is given a new name (Blake Jones), where all of his test scores and brainer rankings mean nothing. Here, in the Academies, currency for students (or “Specials”) is brute strength – only the best fighters, and those that know how to follow the rules, survive. Here, Specials are groomed for manual labor in the country’s many Factories, and are taught with violent force and corporal punishment. And Jackson – that is, Blake – finds himself at the bottom of the very cruel new world order.

Little by little, Jackson discovers that everything he thought he knew about the world is a lie, and it is up to him and his new friends to find a way to expose the truth.

The debut novel from C.J. Harper, The Disappeared is a familiar world setup, with an interesting focus on the institutions (in particular the “schools”) that allow a dystopia to come into being. In this sense, The Disappeared is a fascinating and successful read. The creation of a small elite class of people that is allowed to be educated and groomed specifically for the upper echelons of society is nothing groundbreaking, but the in-depth look at the setup of the Academies and the methods used to keep Specials placid and dutiful workers is believable, horrific, and terrifyingly memorable. We get to see and experience these Academies firsthand through Jackson/Blake’s eyes, as he discovers just how his country is fueled, industrialized, and operated, and his limited and idyllic understanding of Leadership is shattered. In short, the Academies are pretty gruesome places, and in my humble opinion, one of the most effective and believable setups for a dystopian society that I’ve read in a while.

For example, there’s the power of language and words – both of which play a pivotal role in this book. On the most fundamental level, words separate the Brainers (and other educated members of society) from the Specials. We see this through Jackson’s well-formed vocabulary and the very basic words and sentences that the Specials can put together. In these Academies, the Specials are given time to have recreational sex (for procreation), to brawl among themselves to establish a social hierarchy. They are “taught” only how to assemble gears, but are kept illiterate and exposed to only a very basic level of verbal education. As such, the Specials have their own slang and ways of expressing things, so when Jackson enters the picture, he introduces new words as well as new ideas that come from outside the Academy’s insular environment.

It’s important to note that not having words is not the same as being stupid, though. One of the main characters in the book is Kay, a Special who has spent her entire life in the Academy, and who is whip smart (smarter than Brainer Jackson, really), even though she doesn’t have Jackson’s words:

‘Not big lots,’ she tells me, carefully repositioning the cheese dish to where it was. ‘Not all people can . . .’ She mimes punching in the code.

‘Not everyone knows the code?’ I say. I look at her hard. ‘If you don’t know the word “code” what happens in your head when you think about it?’

‘I have my words for it,’ she says, her face half hidden by a chunk of bread.

She lifts her chin. ‘I say “the get-food number”. But now I say “code”.’ She shakes back her silvery hair. ‘I’m not stupid.’

I look down at the fridge door and realise that it’s got an electronic lock attached. Goodness knows how she got it open. She’s right. She’s not stupid.

The hierarchies that Specials impose within the Academy, namely fight rank and the “shrap” (shrapnel, castoff metal) that Specials amass are interesting, too.

From a character and overall plotting perspective, however, The Disappeared is somewhat less enjoyable novel. Main character Jackson/Blake goes through a nice growth arc from superior and self-important smart/privileged kid to waking up to the realities of the world. That said, he’s not a particularly memorable or unique character – he’s super special, and remains super special throughout the book (there’s a big telegraphed predictable twist at the end concerning his parentage, to boot). I enjoyed Kay’s character much more than Jackson’s, although I resent the idea that such a smart character would never have figured out how to break out or incite change without Jackson’s intervention (and this indeed is the case as at one point late in the book when Kay makes a pivotal decision). The other supporting cast members are of the stock variety – there’s the ready-to-go sidekick, a mute little girl (who is one of Jackson’s brightest students and supporters and bursts out into speech at the ideal time). There are wicked overlord teachers, a one-note villain in The Leader, and the requisite uneducated brutes throughout the Academy. And then there’s the plot at large: while the worldbuilding is solid, the actual plot of the story is more trope-based and paint-by-numbers: hero Jackson learns the truth of the Academies and his own past and the reason he has landed there, and saves the day. End of story.

Now, I can’t finish this review without mentioning a couple of things that made me intensely uncomfortable whilst reading the book. “Reds” – that is, kids with red hair – are portrayed as automatically superior, violent, dominant brawlers (and I’m uncomfortable with Jackson’s frequent “ginger” slights). The rationale given in the book states that these kids are distinguishable because of their hair color in a place where – presumably? – everyone looks the same otherwise (i.e. I’m guessing in this future world everyone is Caucasian, because there’s no reference to other skin tones or ethnicity), but it seems like a pointless distinction that reinforces a negative stereotype. There’s also the fact that a character who is mute (who is taught how to sign articulately ONLY when our hero character arrives at the Academy, because otherwise it seems like the character had no way of communicating on her own) bursts out into speech at the end of the book, saving the day before she becomes a martyr. This is not ok, and it leaves a nasty aftertaste, at least to me. Of course, this is just one person’s opinion – your mileage may vary.

Overall, The Disappeared is a competent dystopia. It features a memorable, nightmarish world, but the story and characters are much more tepid – and the problematic aspects of the story also bear down on the enjoyment factor.

‘What do you think it’s like to kiss a girl?’ Wilson says as he scans his holocard and steps on to the metro train.

‘It’s not unpleasant,’ I say, following him.

‘Shh!’ I look round at the construction workers and shoppers on the train. They don’t seem to be listening.

‘You don’t know everything about me,’ I say.

‘Jackson, we’ve been living at the same school since we were five. I do know everything about you.’

‘Actually, in the past eleven years there have been a number of occasions when you haven’t been present. There was that intimate evening walk with Mel Ross . . .’

‘You were eight! And the only reason she wanted to talk to you was to break the news that she’d accidentally sat on your genetic mutation experiment.’

He’s right of course. Wilson is my best friend, but sometimes I hate the fact that we live in each other’s pockets. When the kids in our district take the Potential Test at age five, only those with the highest scores get into our Learning Community: it’s one of the top schools in the country and they keep the classes small. Which means everyone knows everything about everyone.

‘You’re not exactly a girl magnet yourself , ’ I say.

Wilson waggles his eyebrows at me. ‘Don’t you remember my Biology project with Leela Phillips? We spent a lot of time in that lab together.’

‘We all know that she only chose you for a partner because you’re the biggest Science brainer in the school,’ I say.

Quite a hard kick.

I smother a smile. It’s useful being smart. Everyone wants to be in my work group and on Fridays my name is always on the high achievers list, which means extra privileges.

We are a part of the blog tour for The Disappeared – check out the other stops on the tour in the banner above for different perspectives and other extras.

Reading Next: Academy 7 by Anne Osterlund