Last Sunday we went public and wrote up our terrible experience with Anna Marie Moore Designs.

A brief recap: back in June of this year, we contacted web designer Anna Marie Moore about working on an updated design for our site. All we wanted was a simple redesigned header, logo, and business cards using stock images (i.e. not original art). We chose her because we loved her portfolio (which included work done for other bloggers and authors) and her quote (paid in advance), as well as her estimated turnaround time (two weeks), seemed reasonable. Cut to 5 months later, after a long list of excuses and often long periods of silence and we have no design to show for and Anna simply disappeared with our money.

We would not have posted about this situation publicly, except that Anna at the time that our post was written last Sunday had a banner on her site saying that she was accepting design projects. We thought that enough is enough and decided to write the PSA to warn other potential customers.

To our utter dismay and horror, several other people came forth (most of them publicly but we also received some messages privately) to say they had similar experiences with Anna. We ended up feeling all the more justified about posting the PSA and decided to write an update to those who are interested in the developments since then:

– Following the recommendation from several commenters we filed a complaint with the Better Business Bureau. If you have lost money to Anna Marie Moore Designs we highly recommend you file a complaint here.

– We have hired a new designer to create our new, original art. She was highly recommended by someone who had read the post, and her art is simply AMAZING. We are incredibly excited about her work and we cannot wait to see what she creates for us. You can check some of her work here.

– We have also received tons of recommendations after asking for good, reliable web designers and artists and wanted to pass on the recommendations we received to everybody (unfortunately we can’t personally vouch for these, but our readers have and we trust you guys!):

Finally, we wanted to take this opportunity to thank you for all the kind words and support we have received. You rule. 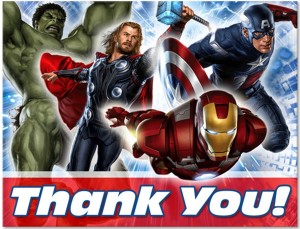 Book Expo America 2010 Or: How We Learned To Stop Worrying and Love the Hundreds of Pounds of Books – Final Report

Smugglers Ponderings: On the FTC Guidelines & The Book Smugglers