Who: Jackie Kessler, writer of Urban Fantasy, Comics (in 2010, she has become part of the Buffyverse canon) and Young Adult books, also blogging at Insert Witty Title Here and The Deadline Dames. Jackie is a Book Smuggler favourite and we have reviewed her books as well as inviting her to guest blog (check out this one where she says she became a writer because of Neil Gaiman). 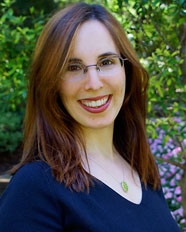 Recent Work: Shades of Gray, book 2 in the Icarus Project, written in collaboration with Caitlin Kittredge and reviewed HERE. Hunger, the first in her new YA series about the fours horsepeople of the apocalypse, which Ana reviewed HERE.

Ladies and gents, please give it up to Jackie!

The Changing of the Tens Column
by Jackie Morse Kessler

I know I’m supposed to talk about my favorite reads in 2010 and books I’m looking forward to in 2011. But today’s my birthday, so I have visions of chocolate dancing in my head. And it’s not just any birthday. Today, I turn…

Oh my God. Forty. I’m no longer a thirtysomething. This is…big. Huge.

“Life begins at 40 – but so do fallen arches, rheumatism, faulty eyesight, and the tendency to tell a story to the same person, three or four times.” — Helen Rowland

“The first forty years of life give us the text: the next thirty supply the commentary.” — Arthur Schopenhauer

“At twenty years of age, the will reigns; at thirty, the wit; and at forty, the judgment.” — Benjamin Franklin

“Forty is the old age of youth; fifty is the youth of old age.” — Victor Hugo

“What most persons consider as virtue, after the age of 40 is simply a loss of energy.” — Voltaire

“Age is strictly a case of mind over matter. If you don’t mind, it doesn’t matter.” — Jack Benny

“Thirty-five is a very attractive age. London society is full of women of the very highest birth who have, of their own free choice, remained thirty-five for years.” — Oscar Wilde

But happily, Matt Damon is also forty. (For the record Loving Husband is perfectly OK with me wanting Matt Damon, dipped in chocolate, for a birthday present one year. He’s got Elle MacPherson—who is over forty, might I add—on his wish list.) ((Loving Husband adds: “Worst birthday ever? If Matt and Elle ever got together.”))

So to celebrate having a new digit in the tens column, I’m giving away an advance reading copy of RAGE.

But wait! Before that, I have to mention the book that I most anticipated in 2010—and finally read a few weeks ago.

TOWERS OF MIDNIGHT by Robert Jordan and Brandon Sanderson 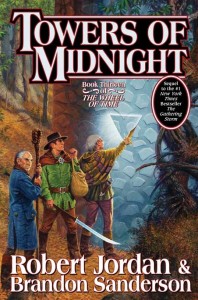 Do you know what it’s like to stick with a series for nearly 20 years??? The first book, THE EYE OF THE WORLD, came out in 1990, but I didn’t start reading The Wheel of Time series until around 1993. It’s…oh wow, how to describe what TWOT is about? It’s a massive epic fantasy series. And damn it, I’ve been hooked for years. When Robert Jordan (James Oliver Rigney, Jr.) died in 2007, before he could complete what he’d anticipated to be the final volume in the series, it was devastating. Even though he’d been horribly sick, he’d continued writing—and preparing extensive notes for someone to pick up the reins. That someone is Brandon Sanderson, who is doing a masterful job completing the final volumes of the series. (Sanderson isn’t Jordan, and he doesn’t try to be.) TOWERS OF MIDNIGHT is the penultimate book is the series, and I inhaled it. Sure, I had some issues with the book — not the least of which was the OMG CONTINUITY EDITOR NEEDED factor — but I’m just so thrilled that the series is being finished. After following the characters for the better part of two decades, I’m looking forward to the finale. (Not until January 2012, sob! And then I’ll be…41!!! Ahhhh. The wheel turns…) 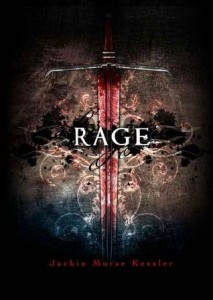 RAGE, which comes out April 4, 2011, is about a teenage self-injurer who becomes the new avatar of War, one of the Four Horsemen of the Apocalypse. I’ll be donating a portion of proceeds to the nonprofit organization To Write Love On Her Arms. It’s the second book in The Riders’ Quartet, but you don’t have to read HUNGER before reading RAGE. I’ll give away an ARC to one random commenter, anywhere in the world. All you have to do is tell me what your favorite birthday treat is. Chocolate? Cake? CHOCOLATE CAKE??? Something else entirely? The contest runs till Saturday December 11 at 11:59pm (PST).

And sure, you can say “Matt Damon, dipped in chocolate.” Heck, I might count your comment twice if you do so. 🙂

Happy Birthday, Jackie! As for the giveaway…..comment away, folks! We will announce the winner next Sunday in our weekly stash! ONE entry per person, please! Duplicate and/or multiple entries will be disqualified. Good luck!

Over at Kirkus: The Time Roads-Inspired Reading (& Giveaway)