To help close out our Halloween Festivities, we have our very own Dude, Harry Markov, talking about Horror Art. Please give a warm welcome to Harry!

Halloween is coming, though I don’t need you to remind you that. With Halloween come the candy and pranks, the decorations and the costumes. Halloween gives green light to all the monsters, maniacs and big shot lawyers to parade on the street. TV is invaded by slashers and entities that don’t like the other side of life. It’s the season to be scared. It’s Horror’s Christmas. But I have to say that it’s not all about jugular-slicing, blood-freezing and violent Horror. No, all of Horror’s direct family is invited: the young twins Spooky & Creepy, the older and much more sinister Fear, aunt Paranoia, the In-Laws and even that second cousin twice removed Suspense. It’s the time to feel Discomfort and Unease, both of whom are octogenarians [so do not laugh].

Point is that Halloween is not just about pure, distilled, scream-inducing scares. It’d be too simple. No, it’s all about the layers of fright and intensity. In this post I hope to bring you all those subtle shades. I’m starting with Ryohei Hase, whose obsession with bunnies will puzzle and creep you out as digital media creates some of the more unnerving human-bunny hybrids capable of well… Who can say? Look at those cold, emotionless eyes. 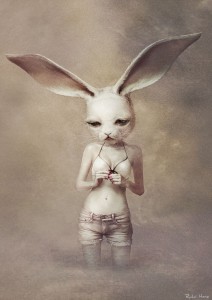 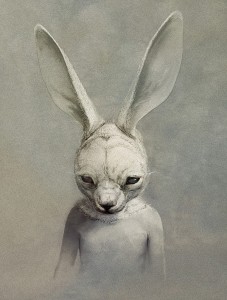 If you think that things can’t escalate, you are sorely mistaken. Turkish artist Berk Ozturk installs a fear of the prospect of ever meeting him, because his bloody rendition of famous pop culture icons will leave you with a bad taste in the mouth. What adds tons of creep factor to his art is the innocence mixed with these deviant activities, creating a haunting, not to mention nauseating juxtaposition. 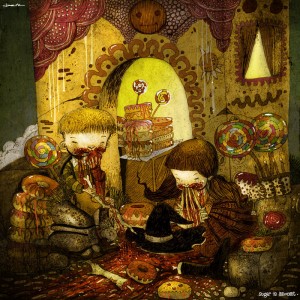 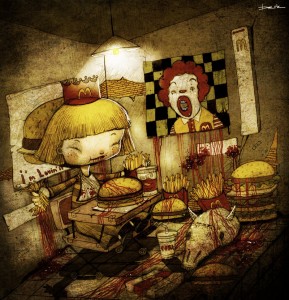 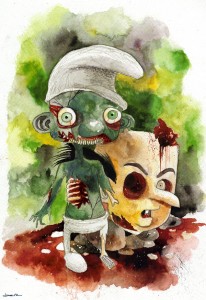 Speaking of nausea and blood, I can’t help but showcase Noah Kh, simply because it’d be a shame to ignore Asia’s contribution to horror [bizarre and often incomprehensible]. His works are the illegal lovechild of Gore and Lady Gaga’s costume concepts, dark, bloody and totally breath-stopping [in the OMG what am I watching at the moment]. You can’t really go without Asian Horror that’s for sure and now I hope you learned why. 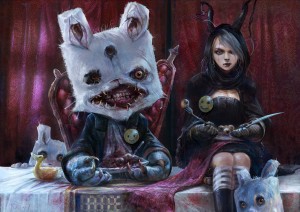 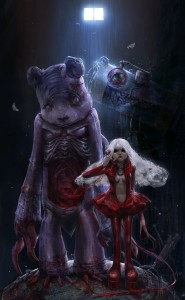 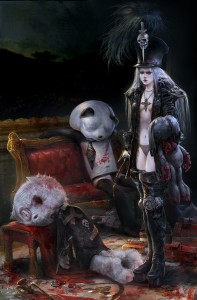 Now, for the Piece de Resistance, I have pure descent into madness… Larkin is an artist with serious skill. At his most innocent he is the Weird in the art world, unusual, dark and enigmatic, bizarre, but bearable. However, at his most uninhibited he makes your brain glitch. His work is in the category ‘What has been seen, cannot be unseen.’ I can say that the images burn into your retina. These are the nightmare factories for adults and I think oh so appropriate for Halloween, no? 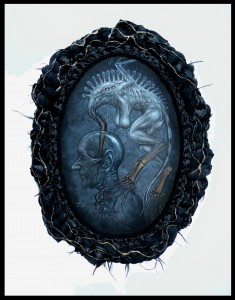 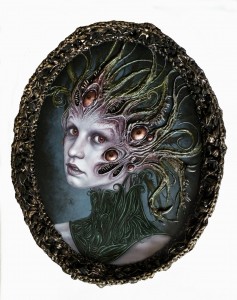 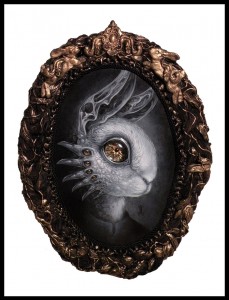 Did I scare you? I certainly hope so, because Halloween is all about the good fright, you know, the one that breaks into cold sweat and the urge to look behind your shoulders.

The reasons why I chose to write such a post and showcase such disturbing art is because I have to say that Halloween has become tame. It’s about the candy and Victoria Secret models advertising busty male fantasies, excuses to get drunk and bloody awful remakes.

I seriously think that we’ve forgotten that Halloween is The-dead-walk-the-Earth day and that I do believe that there is something more in the dark. THAT or maybe I should just not google scary images… EVER!