Today’s Guest: Daniel Waters, author of the Generation Dead books, a thought-provoking YA/Horror series about a strange phenomenon that allows only recently deceased teenagers to return from the grave as “zombies” (and the social, political, & emotional ramifications of the dead coming back to life). The first book, Generation Dead was reviewed by Thea HERE, and the second book, Kiss of Life was reviewed by Thea HERE. 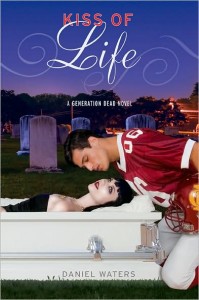 Ladies and gents, we give you Mr. Dan Waters!

I started out thinking that I’d do a “Ghosts of Smugglivus Past” entry, because most of the books I read this year were old. I reread some of my favorite zombie novels like Jack Finney’s The Body Snatchers and Ira Levin’s The Stepford Wives, I read a whole bunch of John Wyndham like The Midwich Cukoos, The Day of the Triffids, and one of my favorites, Re-Birth (also known as The Chrysalids). I go through reading phases, and this years’ phase brought me into contact with a lot of the classic science fiction I read in my youth. Amateur psychiatrists, start your notebooks!

I did check out a few new releases, though, and some of them gave me the best reading experiences of the year. How I Became a Famous Novelist, by Steve Hely, was one. I picked this up initially because I thought that it was a how-to book. I’ve always wanted to be a famous novelist, and I was hoping that by reading the book I’d acquire an edge that would put me into the “famous” category, a status that I heard comes with all sort of cool perks like automatic “Group A” classification for all Southwest flights to Baltimore and free “Biggie” sizing at certain fast food restaurants. Actually, that’s a lie. I knew the book was a novel when I picked it up. 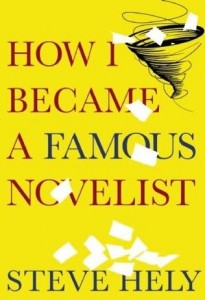 Another book that I enjoyed this year is Douglas Coupland’s just-released Generation A. I love Coupland. He’s witty, he’s insightful, and his work is filled with fresh ideas. In the world Generation A, the bees have disappeared, until five young people across the globe have been stung at relatively the same time. The sting-ees (the stung?) are studied (and made instant celebrities) and the mystery of why the bees disappeared, and why these five people were stung, is revealed over the course of the novel. Generation A is actually one of his darkest books, but there’s something about Coupland’s writing and what I perceive to be his worldview that always fills me with hope for the world. I also read his novel The Gum Thief this year, which I found especially beautiful, and I reread my favorite book of his, the collection Life After God. 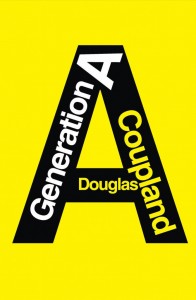 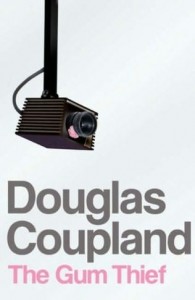 I also enjoyed Haruki Murakami’s What I Talk About When I Talk About Running, a short volume where Murakami writes about writing and running. I like to run and I like to write, so the book was a natural fit for me. One takeaway: Murakami has run more and has written more than I have. A lot more. In fact, it sounds like he runs more in one day than I do all week, even when I manage to get outside four or five days. I loved his eye for detail and the quiet observations he made about his passions in the book, and best of all I found the book inspirational, both for writing and running. I’m embarrassed to admit that I’d never read any of his fiction prior to reading this book, but I read three or four of his novels in the months following and my life is richer for the experience.

The final reading experience I’d like to write about was highly enjoyable, even though in the end I didn’t really love the book, which was A Moveable Feast: the Restored Edition by Ernest Hemingway, as re-edited by his grandson Sean. 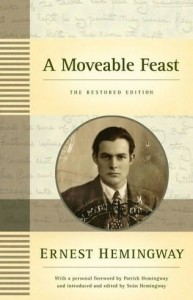 This summer I left the country for the first time for a vacation in France, and although I’m sure the admission will give many readers a good chortle because it is perhaps the ultimate writerly cliché move, I reread A Moveable Feast, the unrestored one, the week prior to going. Then I read an article on the plane over that the new edition was coming out while I was going to be in Paris so I thought it would be really fun to find and read the new edition when I was actually there. I’d already warned my wife and kids that we would be making a stop at WH Smith’s, the English language bookstore in Paris, on the odd chance that the UK edition of my book Kiss of Life would be on the shelf, as it due to be released the same week as the new Hemingway. I’d never seen one of the U.K. books on a bookstore shelf and I wanted to make sure that it really existed. It does—I found both my book and the restored edition of Hemingway on display. It would be immodest for me to say which discovery made me happier.

I read the restored edition late at night in a Paris hotel room a block from the Eiffel Tower, and although I loved every moment of it, I think that Papa’s grandson got it wrong with his restoration. Maybe it is because I’ve read the original version a dozen or so times in my life, but I can’t conceptualize the books’ intent as being anything other than an extended love note to Hadley, Hemingway’s first wife. As I read it, Sean’s edits eliminate that intention by giving a larger role to his mother Pauline, who was Hemingway’s second wife. Biographies and studies I’ve read about Hemingway suggest that he intended to write a second book along the lines of A Moveable Feast, which no doubt would have focused on his happy years with Pauline. I think that is probably where some of the new material more rightly belongs.

That said, I enjoyed all of the additions on their own terms even though my opinion was that they shattered the cohesion of the original book. If you only have time for one, read the unrestored edition. But if you are a writer and don’t mind being a walking, talking cliché (like me) you should definitely read them both. Preferably while sitting in the window of a Paris hotel room on a warm summer night. Or a clean and pleasant café.

Dan’s next book in the Generation Dead series Passing Strange, is set to be released in June 2010…

…and we cannot wait.

Next on Smugglivus: Julie James, author of contemporary romance novels.