For today’s stop on Halloween Week, we examine a very, very important group of folks. We take a look at women in horror films who KICK SERIOUS ASS. We’re not talking about the catatonic blondes who can do nothing other but scream and cry and look pretty (or naked) – we’re talking about the Ellen Ripleys, the Alices, the Barbaras (circa 1990). Here’s our list of women who take no prisoners, our favorite leading ladies in the horror film genre. 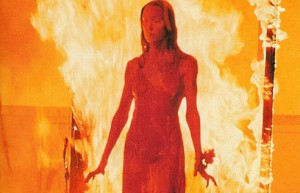 Adapted from Stephen King’s first novel, Carrie White is not your typical horror heroine. A girl ostracized because her strange behavior and tormented by her religious zealot mother, Carrie also has some intense telekinetic powers. And she’s pretty damn badass when she gets going. In a scary, snapped kind of way. 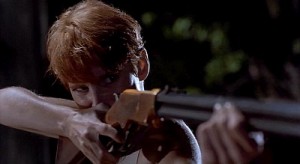 The original Barbara was a simpering ninny with absolutely no value to the film – but in the remake, this deficiency is fixed, and Barbara develops from a shocked and scared woman to someone that won’t take any more human or zombie drama anymore. 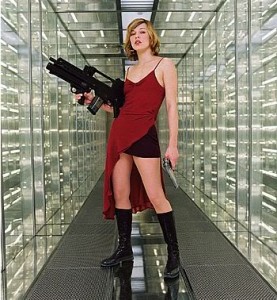 Genetically modified and amazingly talented at combat, Alice can kill infected zombies with guns, machetes, or her bare hands. Take your pick.

Clarice Starling, The Silence of the Lambs (1991) 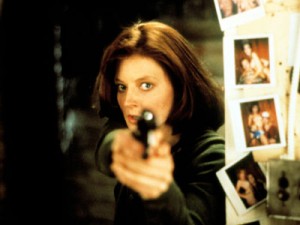 Does this count as horror? It’s certainly horrific, even if it is more of a thriller film. And Jodi Foster’s Clarice is gutsy and intuitive; even though she’s a rookie, even though she’s terrified, she meets the challenge with determination. And that, friends, is sexier than anything. 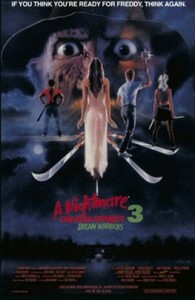 Nancy Thompson embodies the baby-voice ’80s terribleness in part 1, but in part 3, she comes back with a vengeance. She teaches the poor haunted kids how to use their dreams to fight Freddy – and Kristen’s gymnastics totally come into play. Together, these two are able to face down Freddy, no small feat. 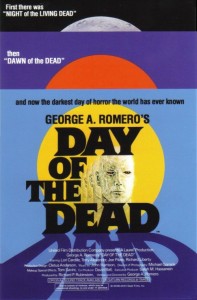 The only woman in a military bunker surviving the zombie apocalypse, Sarah has to deal with cretinous army dudes every. day. She’s smart and she does what she can, with what she has. 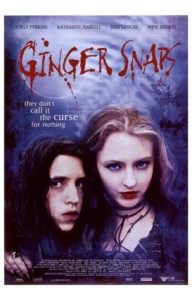 Death-obsessed Ginger gets bitten by a wild creature, and she begins to change…into a werewolf. These sisters are bitchy, they’re mean, they’re cruel…but they’re a different type of heroine that deserve a little spotlight. 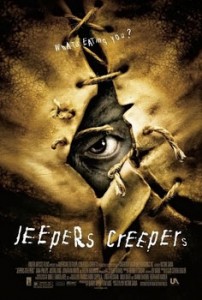 Confession time: I love this movie. I don’t know why – I’m not a fan of the second film, but this first one just WORKED for me. And Trish, one of the main characters along with bro Derry (you know him as Justin “I’m a Mac” Long), is a protective big sister that tries her best to deal with the creeper stalking her and her brother across a country landscape. 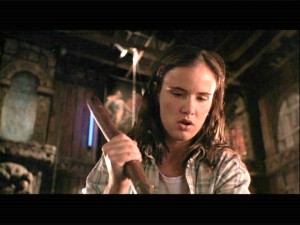 I really like Juliette Lewis, and as young as she is in this movie, she comes to grips with some tough decisions – if you count shooting your vampirized brother and father tough, that is. 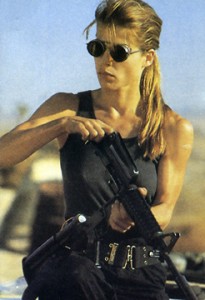 Ok, I’m totally cheating here because as great as T-2 is, it’s not horror. BUT Linda Hamilton’s beefed up Sarah Connor is so badass, she deserves a spot on this list. So I’m pulling rank and sneaking her in. 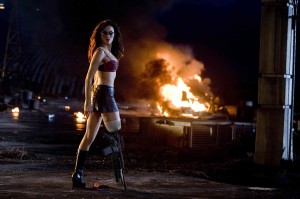 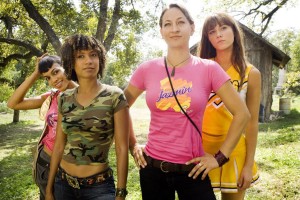 Quentin Tarantino and Robert Rodriguez put together a hell of a show with their Grindhouse flicks, and both of them have some awesome leading ladies. In Rodriguez’s Planet Terror, Rose McGowan pulls together a wonderful performance as Cherry Darling – the one-legged stand-up-comedian-gogo-dancer-turned-killing-machine. And the second batch of girls in Tarantino’s Death Proof – Abernathy, Zoe, and Kim – are fucking fantastic. One of my favorite, rousing, revenge/girl-power flicks. 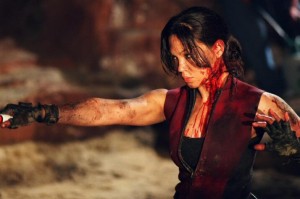 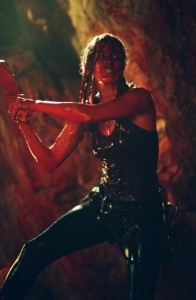 I won’t say too much since Ana is watching and writing a post about this film today, but Juno and Sarah are both badass climbers/cave explorers – and so very human too. Both are suffering in their own ways, both make really dumb decisions…this is just a great film. 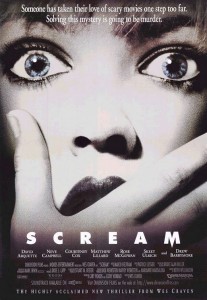 Ahh, Neve Campbell. Where have you gone? In the Scream films, she’s sort of a new Laurie Strode – though she’s not really as cool as Jamie Lee Curtis, she does manage to keep her head on and stay alive. 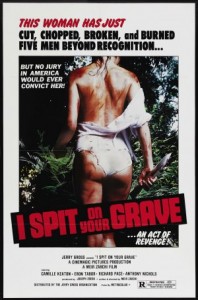 This is a bit of a controversial one. The film, also known as Day of the Woman shows Jennifer, a woman alone in the woods, gang raped repeatedly by four men who leave her for dead. She’s not dead though, and she comes back and kills each man in a show of bloody vengeance. It’s disturbing and misogynistic – those rape scenes are…well, nasty. I have no desire to watch this movie more than once. But Jennifer’s revenge is a rousing story, and one that I think works. That’s just me, though. 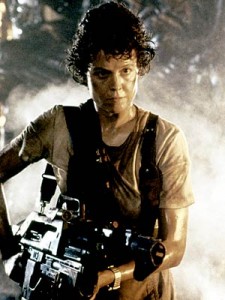 This is a no-brainer. Strong, intelligent, and totally badass, Ellen Ripley takes down Aliens like nobody’s business. 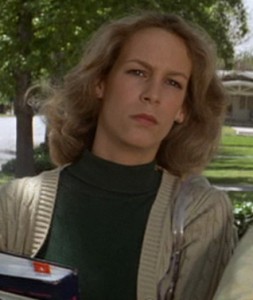 Jamie Lee Curtis was amazing as Laurie – stalked by Michael, she stabs a knitting needle in his neck, a wire hanger in his eye, a knife in his chest. Unlike her friends, she fought back, and continued to do so in the subsequent films. Laurie is the original slasher heroine – sexy, smart, and gutsy. None of this screaming pitifully nonsense.

And these are some of our favorites – what about yours?