If you are a regular reader of this blog you will probably know by now that one of my favourite series is the Tairen Soul series by C.L. Wilson. I consider this to be one of the finest examples of Fantasy Romance. The fourth and final book, Queen of Song and Souls was first set to be released earlier this year but the date was pushed forward to June but there were talks of yet another postponement. 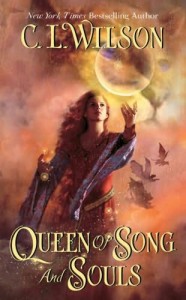 I have just learnt from the lovely Erin Galloway from Dorchester Publishing that the book will now be published in November (the date seems to be set in stone now).

My first reaction upon hearing these news was to pull my hair, wail in pain and drown my sorrows in coffee (I was at work at the time). My second reaction was to say: well, she can take as much time as she wants! This series rocks and if the author doesn’t feel the last book is ready, then so be it.

That made me think about all the kerfuffle regarding authors Patrick Rothfuss and George RR Martin – both authors have been writing sequels to their books for a few years now and some fans are, how should I put it, Behaving Badly. By pestering the authors, sending hate email, being generally unpleasant about the wait – as if they are entitled to something from the authors.

Patrick Rothfuss blogged about his frustration and how bad he feels about the pressure. I blogged about that when I wrote my review of The Name of the Wind and I asked our readers how did they feel about waiting for a book. I got some really interesting comments.

Now this other question popped in after not only learning about the new date for Wilson’s book but also because Neil Gaiman (all hail the King) blogged about reader’s entitlement yesterday.

Neil is a nice guy – he must receive tons of emails and he always finds the time to reply to at least some of them. Yesterday he got the following from a guy named Garret:

“I’ve recently subscribed to George RR Martin’s blog (http://grrm.livejournal.com/) in the hopes of getting some inside information regarding when the next “Song of Ice and Fire” book is due to be released. I love the series but since subscribing to the blog I’ve become increasingly frustrated with Martin’s lack of communication on the next novel’s publication date. In fact, it’s almost as though he is doing everything in his power to avoid working on his latest novel. Which poses a few questions:

1. With blogs and twitter and other forms of social media do you think the audience has too much input when it comes to scrutinising the actions of an artist? If you had announced a new book two years ago and were yet to deliver do you think avoiding the topic on your blog would lead readers to believe you were being “slack”? By blogging about your work and life do you have more of a responsibility to deliver on your commitments?

2. When writing a series of books, like Martin is with “A Song of Ice and Fire” what responsibility does he have to finish the story? Is it unrealistic to think that by not writing the next chapter Martin is letting me down, even though if and when the book gets written is completely up to him?

George R.R. Martin is not your bitch.

So, there you have it: we have two writer’s opinion regarding the so-called Reader’s Entitlement.

But what about WE, as readers , what do we think about it– are we entitled to anything especially when it comes to serialised books? Are we entitled to feel angered about the wait and to feel let down when a book in a series is not as good as its predecessor? Is that the author’s fault – are they obliged to always meet our expectations or to write as fast as we want to?

There is a very simple and obvious answer, at least to me: no. I don’t feel like I am entitled to anything. Yes, the wait is painful and can be frustrating, there is no denying it; and I am pretty sure that say, if Meljean Brook decided NOT to write Michael’s story , I would probably be forever sad but ultimately? There is NOTHING I can do. And frankly, I would rather do something useful than to pester a writer for a book they are writing. As Neil Gaiman and Patrick Rothfuss say, they have a life and so do I.

But what do you think? Do you feel entitled as a reader to a writer’s work? Any authors in the house – how do you feel about reader’s pressure and expectation? 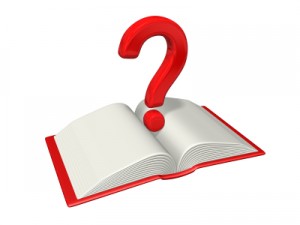