Pride and Prejudices: Write What You Know? *Part 2* 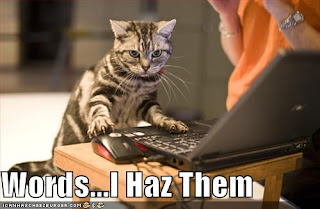 A recent article entitled “Does an Author Have To Live It to Write It” over at Dear Author prompted a firestorm of impassioned responses–and elicited a strong reaction from us powerpuff girls as well. So, we decided to pool our efforts and have a discussion about writing and writers.

With questions such as:

Here is the conclusion of our discussion!

*Please note*: the only attack here is to our keyboards and the only defense is that of our own opinions.

Katie: I have to admit that years ago I used to be biased and never read male authors, especially those who tried their hand at writing romance. I assumed that only women could write romance because men wouldn’t understand the side of the heroine and their feelings. Then I started thinking, wouldn’t that same bias go towards women writing romance because how would they know what the male counterpoint, the hero, was feeling or going through, because the author isn’t a man?

I find it very interesting that MM romance is mainly geared towards women and the majority of authors for MM romance are women, with the exception of a few I have read. Does that mean these female authors shouldn’t write MM romance because they will never know what it is to be like as a gay male? Again, the same can go towards male authors who write romance since they can never know the female side of the romance.

Thea, you bring up a very interesting point about the science fiction genre. This genre is evolving to introduce more romance in those stories, and I think hard core fans of sci-fi are disgruntled because they feel that romance or a love story has no place in sci-fi, that it cheapens the genre. Why can’t a love story be placed within a sci-fi novel and embrace authors that do so, such as Linnea Sinclair, Ann Aguirre, Susan Grant or Catherine Asaro? Also, Ana brings up a great point that these authors haven’t been to other planets or have aliens as their friends, but they can write some fine books about these creatures. Their imagination makes these books very believable and perhaps they have done some research on what they are writing, but most importantly because they write so well, essential they are writing what they know.

Ana: I also think that it is important to note the obvious: that there are as many types of writers as there are types of readers. In that sense, what does exactly a reader want from a book? Does it matter whether a writer does research or not? Is a male of a female? Do most readers care about that – or most of us just want to have fun while reading a book? As a reader myself, I have to say, for me it depends. Sometimes I can be so involved in a book , I couldn’t care less about historical research or not for example – I can and will suspend disbelief. But there are also those times when I get to the end of a book and I read the author’s notes and I realize the amount of thought and effort that was put into that story and it does make it better for me – I can mention from the top of my head, Lisa Kleypas and her recent contemporary Blue-Eyed Devil whose heroine had an abusive husband – Lisa Kleypas went to great lengths to get the dynamics of that relationship right. Similarly, if the prose is not to my liking or the plot doesn’t work – it matters not if the author knows everything that there is to know about Nascar car races for example.

Thea: I don’t really have too much more to say than perhaps pose a hypothetical question to my fellow power puffs, and to any readers.

Let’s say you read a book, published under a female author name. Since the majority of the discussion has been about romance, let’s say it’s a romance novel. The heroine comes across as complex, layered, and wholly believable. The story is superb. Then, once you have finished the book–entertained and sated–you later find out that the author was in fact a man.

Does this diminish at all from your impression of the novel?

My answer would be, of course not. Why would it? I don’t care if the author pretended to be an Indiana housewife, mother of seven kids and was actually an iron welder named Moe who secretly wrote romance novels by night. If I enjoyed the fictional work, the characters were completely believable, and the story entertained me, then the author could be a purple alien and I would not care.

I’m curious to see what others would say though. Would you feel betrayed? Played? Would, all of a sudden, you re-evaluate the ‘authenticity’ and ‘femininity’ of the heroine?

Historically, some women have published under pen names or pretended to be men, or have androgynous names in order to get their books out there and sell. It seems like a grossly inappropriate double standard to discriminate against men who might do the same–especially if the quality of their work is excellent.

Katie: Honestly, I preferred it when I had no clue about what an author looked like or their whole life story. I also preferred not knowing if, such and such author, was writing under too many pen names to count. When I started reading the In Death series, I had no clue that they were being written by Nora Roberts. Someone had recommended Naked in Death by this new crime author called JD Robb. For years after, I had no clue that JD Robb and Nora Roberts were the same person! And, I am not a huge fan of Nora’s contemporaries, but even when I found out that she was JD Robb, I still continued to read the In Death series because the writing and the characters were ones I enjoyed. Another case was e-book gay romance MM author, JM Synder. When I read one of Synder’s stories, I thought Synder was a man and was surprised that I was wrong. I picked up Synder in the first place because I thought it would be interesting to read a gay romance written by a man, and even after I found out that Synder was a woman, that didn’t take away from the overall enjoyment of the story. The same would go for Lisa Marie Rice, who so many assumed was a man writing under a female alias. For one, if that was so, I say more power to Rice. Some people were so bothered that Rice was not being honest. They couldn’t believe a woman could write such insight on a male character such as her heroes who have Army experience. I was also surprised by the animosity they had toward Rice, and because of that, they wanted to punish Rice buy not buying her books any longer because they felt she lied to them. And the funny thing is, Lisa Marie Rice is a woman. And how do I know? Because I met the author in person.

Ana: The way I see it, there are two different issues at hand here: one is the honesty factor. How people are bothered by not knowing who the author is, his/her genre and perceive that as a lie. I only ask why does it matter? I cannot see why would it matter. I think it has more to do with readers’ expectations as to what consists good writing than anything else. To have such expectations just because a writer writes a certain way that he MUST be male or female, in my opinion demeans the writer, the person as if this isn’t all about human beings as a whole, as if insights into the human condition depend solely on genre. .

The other issue is the preposterous idea that a woman could not write good male characters and vice-versa. Oh by all means then henceforth all female writers can ONLY write female characters ok?

It has been said all over the place already but it’s worth repeating : it’s about the writing not the writer. And it’s FICTION, people.

Thea: What Ana said. It’s about the writing, not the writer. I can keep saying this until I’m blue in the face.

Judging or refusing to read a book because of the gender of the author (or, in some cases, the presumed gender of the author–which verges on the idiotic, as Kate and Ana have pointed out) is as wrongly prejudicial as say generalizing the whole of the romance genre based on some hideously cheesy, mantitty covers.

Katie: If only we could continue to discuss about manttity covers and their contribution to the romance genre! O_O

So, what do you think about it? Do you have any answers to the questions posed?