Chat With An Author and Giveaway: Julia Quinn

We bring out the Red Carpet to welcome Julia Quinn! 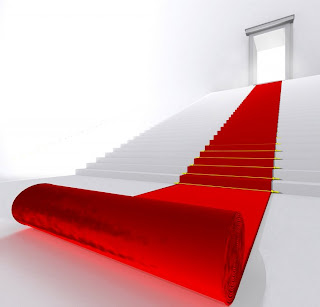 Writer of fabulous historical romance novels and the one writer responsible for yours truly foray into the Romance Novel World. Julia Quinn has published two fantabulous books this year The Lost Duke of Wyndham and Mr Cavendish, I Presume both making my top 10 of 2008 but she has a pretty extensive backlist, of which I read every single book – and loved them. It is with great joy (and a lot of Squeeeeee!), that I present you with a chat with Julia Quinn: 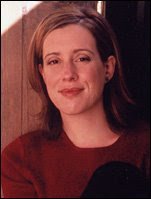 The Book Smugglers: Firstly, congratulations on another Rita for The Secret Diaries of Miss Miranda Cheever. You must be thrilled – it is the second year in a row!

Julia Quinn: Thank you! It was amazing. Fabulous. Stupendous. Really, I could go on and on, but I’d sound like a thesaurus.

The Book Smugglers: Your new two-book series The Two Dukes of Wyndham has a very unique and clever premise – to tell the same story from different point of views. How did you come up with that idea – was it very difficult to keep track of the events? Did you write them simultaneously?

Julia Quinn: Some time ago I was humming an old Dire Straits song called “Industrial Disease,” and I got to the line: “Two men say they’re Jesus. One of them must be wrong.” Being the historical romance writer I am, I immediately change that to: “Two men say they’re the Duke of Something. One of them must be wrong.” The trick there, though, was to figure out how on earth the succession to a Dukedom could be in doubt, because that sort of thing was generally well-documented.

Once I came up with a way to make the plot work, I started thinking about the characters. Which would be the bad guy–the current duke or the long-lost duke? Then I thought–wouldn’t it be so much more interesting if they were both good guys?

At that point I realized I’d need two books, since if both were hero material, both would need to their own love stories. At first I thought I would write them sequentially, with one picking up where the other ended, but as I delved into the plotting, I realized that there were so many scenes that were crucial to both sets of characters. I couldn’t bear, for example, to show the big reveal scene (when the characters learn who is the real duke) from only one hero’s point of view. So I ended up writing two novels that take place at the same time, which meant that I would have to write them simultaneously. If I didn’t, I would have cheated one set of characters. I didn’t want to write one story and then have the second one be completely dependent on what I’d already set down on paper.

Keeping track of events wasn’t that difficult. The scenes that take place in both books were written at the exact same time; I’d literally hop back and forth between stories every few paragraphs. The hard part was writing the joint outline–it took me forever!

The Book Smugglers: The first book, The Lost Duke of Wyndham tells the story of Jack – a lighthearted, funny guy – and Mr Cavendish, I Presume tells the story of Thomas a much colder, strict man. Both very interesting but oh so different – what
is your favorite kind of hero to write? The funny guy or the intense guy?

Julia Quinn: I really like a mix. I don’t know that I’d call Jack lighthearted; he’s certainly very funny, but sometimes he bordered on insolent. He was a new type of character for me. All my heroes have senses of humor, but he really pushed the edges of politeness at times. And as for Thomas–I just adored him. He was a very different take on the tortured hero. Most heroes are tortured by something in their past; for Thomas, it’s all (or almost all) in the present. His life was fine (fairly empty, but fine) until Jack came along.

The Book Smugglers: In The Lost Duke of Wyndham you have Jack and Grace talking about art and Francois Boucher’s portrait of Marie-Louise O’Murphy; in Mr Cavendish, I Presume Thomas and Amelia discuss geography and old maps – these bits and pieces of history and art are subtly intercalated in your stories, they never detract from the romance but they add substance to your books. Do you have to do a lot of research before writing?

Julia Quinn: I don’t do a lot of research before writing; I find that I need to do my research as I go along. I had no idea, for example, that I would include the Boucher painting or the maps in either of the books until I got to those scenes.

The Book Smugglers: You are a graduate of Harvard and Radcliffe. You went to Yale School of Medicine for 3 months before deciding on becoming a writer – what made you take such a turn?

Julia Quinn: It wasn’t really so much of a turn. I wrote my first novel while I was taking my pre-med classes just after I finished college. I got in to med school the same month I got my first book deal, then deferred for two years while I wrote. Then I got it in my head that I should give med school a try; after all, I’d worked very hard to get in. But after a few months I realized that writing was a much better fit, and I haven’t looked back.

The Book Smugglers: So far you have written only historical novels – would ever consider writing in another sub-genre? Contemporary or paranormal for example?

Julia Quinn: I never say never, but for now, I’m very happy in my historical world.

The Book Smugglers: You have written 8 books in the Bridgerton series (and a few second epilogues, available online only ) – do you plan on ever
revisiting that world?

Julia Quinn: I can’t imagine I’ll never revisit the Bridgertons. They’re wonderful characters and it’s such a warm and familiar world for me. But I have several other projects on the horizon first.

The Book Smugglers: Most of your books have at least one very funny scene ( I still remember how much I laughed when I read the bathroom scene in Everything and The Moon) -do you consider yourself to be a funny person?

Julia Quinn: I’m pretty good with the dry quip. But I was never the class clown or anything like that; I’m actually pretty reserved. (Not terribly shy, as anyone who knows me will tell you, but still pretty reserved.)

The Book Smugglers: If you were stranded on a desert island, which 6 books would you take with you?

Julia Quinn: Desalinization for Dummies would be number one but after that I have no idea.

The Book Smugglers: And what are you working on next? Anything planned for 2009?

Julia Quinn: I’m writing a spin-off of The Secret Diaries of Miss Miranda Cheever. It’s about Lady Olivia Bevelstoke. I’ve paired her up with an all-new character named Harry Valentine. Olivia is such a great character. I think it’ll be a lot of fun!

That’s it folks, our chat with Julia Quinn – a great, big, wholehearted thank you to Julia Quinn for saying yes and for being around today!

Now, for the giveaway: leave a comment or a question for Julia Quinn on this post and two lucky winners get to pick any book they want from Julia Quinn’s book list. If you are already a fan of her most recent work why not try her past titles – why not Everything and the Moon? – or maybe you want to try her for the first time? So go with The Duke and I, her first Bridgerton novel or The Lost Duke of Wyndham – the choice is yours! You can have a look at all her books here.