In keeping with the holiday spirit (and since I’m in the mood for boxing with the Pavlik-Hopkins fight tonight), for this week’s ponderings…

Which classic monster would win in a Monster Mash Style Bar Brawl? 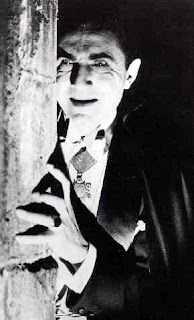 Age: Origins may date back to 15th century Romania

Special Abilities: Super Strength, Hypnotism & Mind Control Powers, Necromantic Powers, Commands the Loyalty of Rats and Bugs, Weather Manipulation (to create mists and fogs and whatnot), Shapeshifting (to a bat, a wolf, etc); Ability to Create Other Vampires

Weaknesses: Garlic, Crucifixes and other Holy Items, Wooden Stakes through the heart, Fire, Decapitation, Dependence on Human Blood for Youth and Strength

Will Be Defeated When… he gets cocky and forgets the party is INVITE ONLY; best plan of attack is to taunt him about his lack of reflection in the mirror overhanging the bar and then swap out his glass of blood for extra garlicky, holy sanctified tomato sauce while he’s distracted 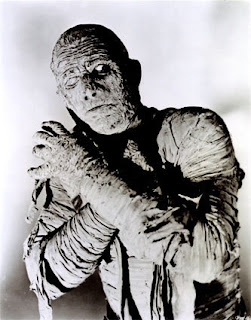 When’s My Birthday: Circa 27th Century BC

Weaknesses: Extremely Old and Brittle, Powered Solely by a Resurrection Curse, Lack of Agility or Speed

Will Be Defeated When… he trips up in a tangle of his wrappings, slips and breaks a hip; best bet is to steal an ancient Egyptian counter-curse from the Witch a few seats down at the bar 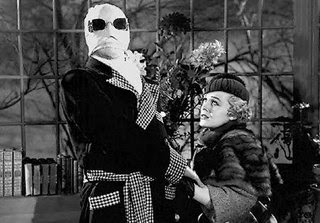 Weaknesses: Use of Monocane only renders Temporary Invisibility (and causes him to go Crazy)

Will Be Defeated When… he runs out of magic potion; best bet is to break a bottle of liquor over his head, light the guy on fire, effectively scaring off many of the other monsters in the bar 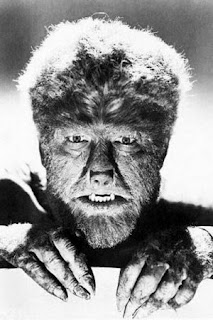 Weaknesses: Silver; Self-loathing in Human Form; Cursed with the Knowledge he has Become a Monster

Will Be Defeated When… Underneath it all, the Wolf Man is a human, decent guy, prone to attacks of the conscience at his late night buffet runs; best bet is to get him super-sappy-sad drunk, point out the immorality of his ways, then call his estranged father to the scene (make sure he brings his bludgeoning cane)

The Creature from the Black Lagoon

You Say it’s My Birthday: Holy Crap, He’s Old as F*ck. Last surviving member of a race that originated in the Devonian Age (that’s the Paleozoic Era, 416 to 359 million years ago)

Hometown: The good ol’ Black Lagoon, in the Amazon

Weaknesses: Vulnerable to bullets and other weapons

Will Be Defeated When… distracted by the hot scientist chick at the bar; best bet is to nail this slimy sucker before he can escape in a large, murky body of water 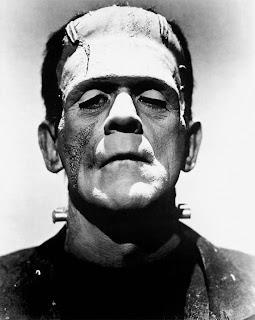 Real Name: He should actually be called “Frankenstein’s Monster” or “The Frankenstein Monster”–since Doc Frankenstein is the guy who created him

Weaknesses: Slow and Lumbersome, Hates Fire, (since we’re going with the movie version and not the book) Possesses Basic Reasoning Skills

Will Be Defeated When… guilt-tripped about hurting people (like that little girl he threw in the lake); best bet is to buy him one of those flaming drinks at the bar, or to get the next monster on your side… 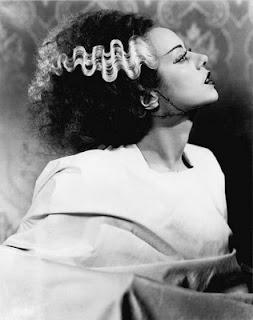 The Bride of Frankenstein

Real Name: Again, should be Bride of Frankenstein’s Monster

Age: Even younger than her hubby

Weaknesses: Unclear, Doesn’t Seem Too Sharp on the Uptake

Will Be Defeated When… the Hubby gets tired of her hissing and rejection; best bet is to hit on her (seeing as she’s a lot hotter than her man), get Franky(‘s Monster) all riled up and let them duke it out. Preferably in a tower somewhere.